The royal seal of approval has been given to Pacific Building’s completion of the new British Airways lounge at Aberdeen International Airport.

Camilla, Duchess of Rothesay, officially opened the near £1 million facility during a visit to the airport, which is undergoing an extensive programme of upgrades. 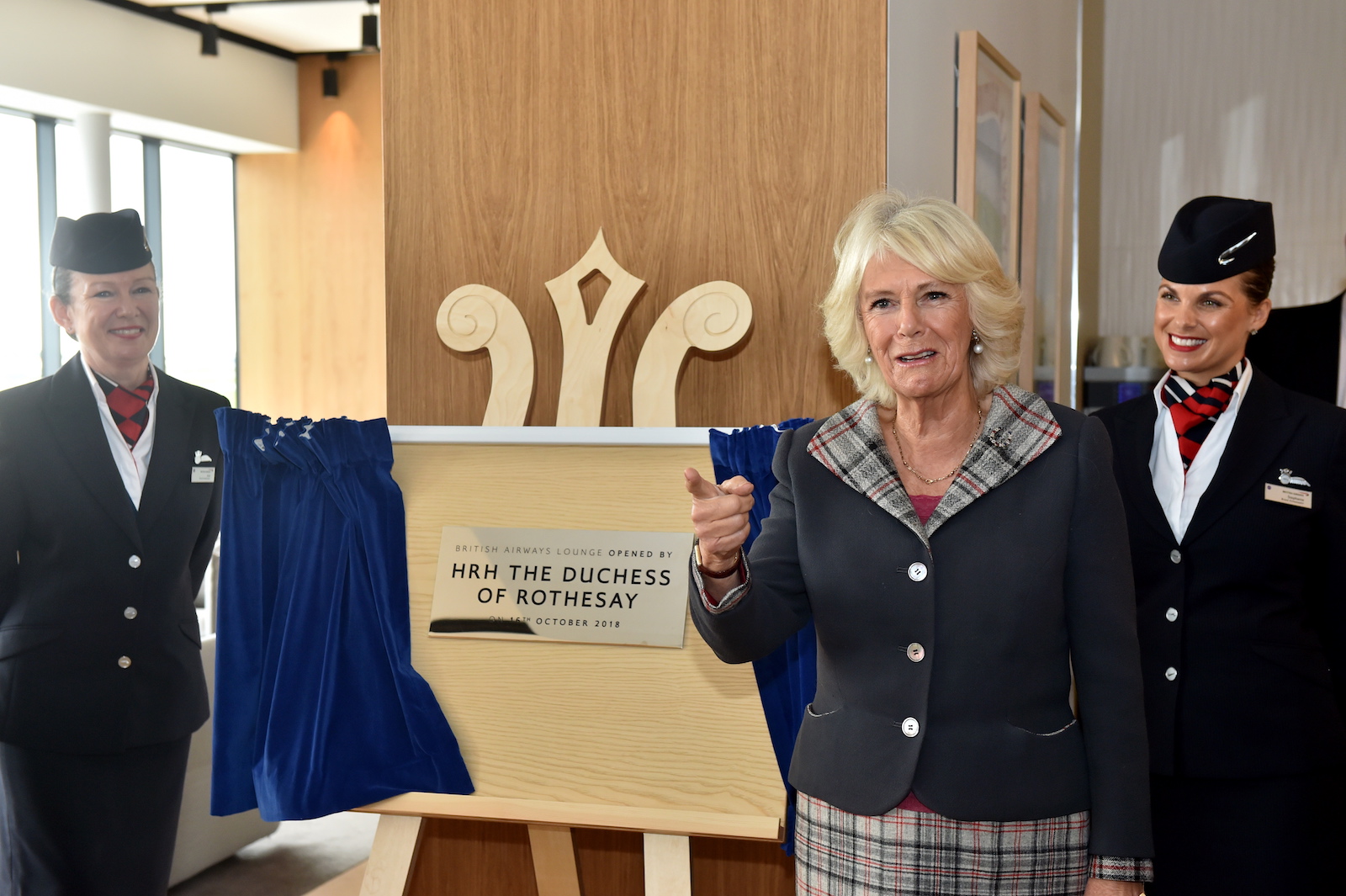 She met Pacific and airline staff and representatives at the 400 sq metre lounge, which boasts full-length windows that afford exceptional views of the runway.

Fashioned from an empty concrete shell on the first floor of the terminal at Dyce, on the outskirts of the city, the lounge is fresh, modern and generously sized. 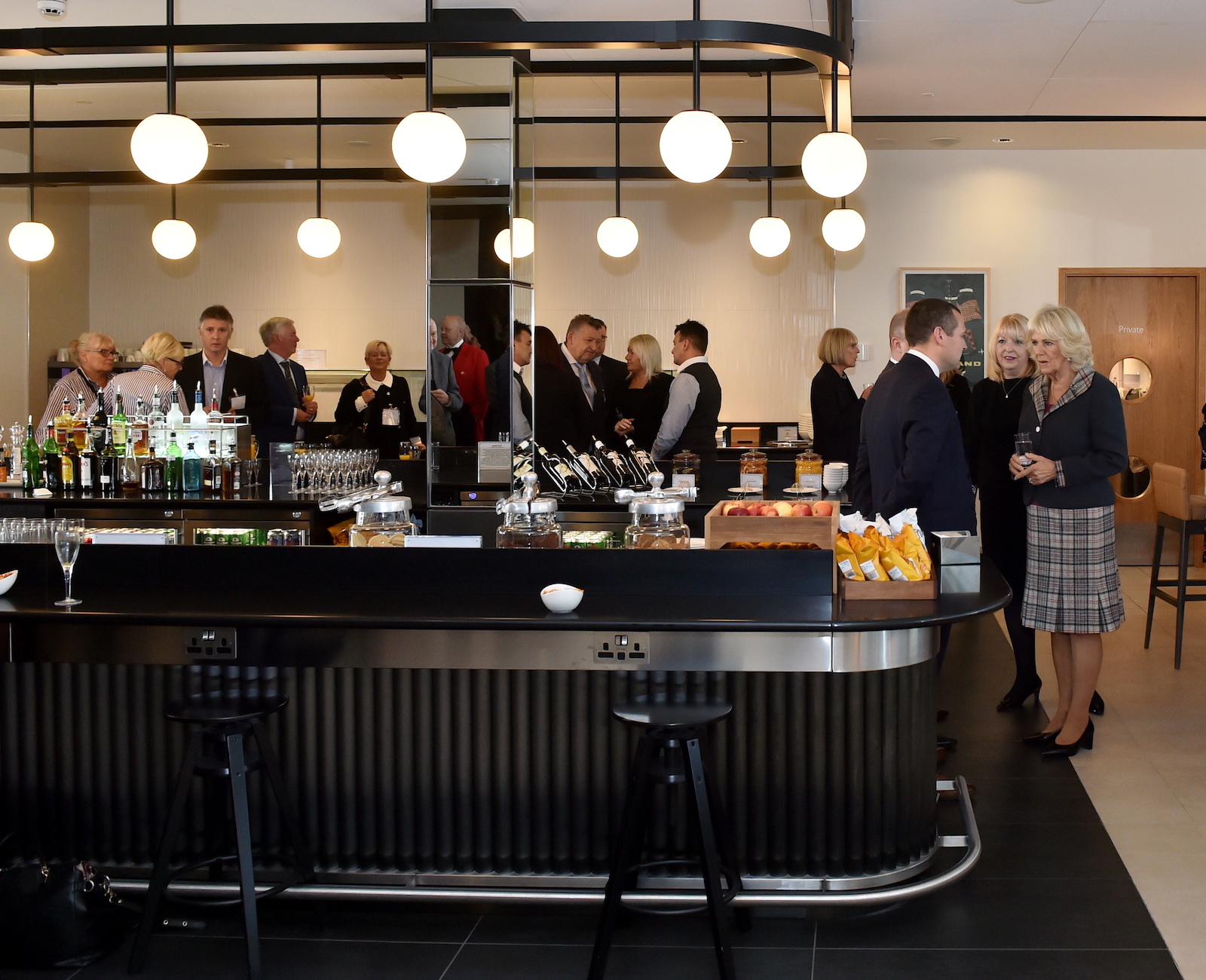 Pacific drew on its extensive experience of working at airports to complete the project in just 16 weeks.

The Aberdeen lounge is the second to open under BA’s £4.5 billion new design concept after a similar one was created at Rome’s Fiumicino Airport.

It comprises two zones – one allowing passengers to enjoy quick access to amenities (food, drink and toilets) and another suitable for longer stays, with seating overlooking the runway. 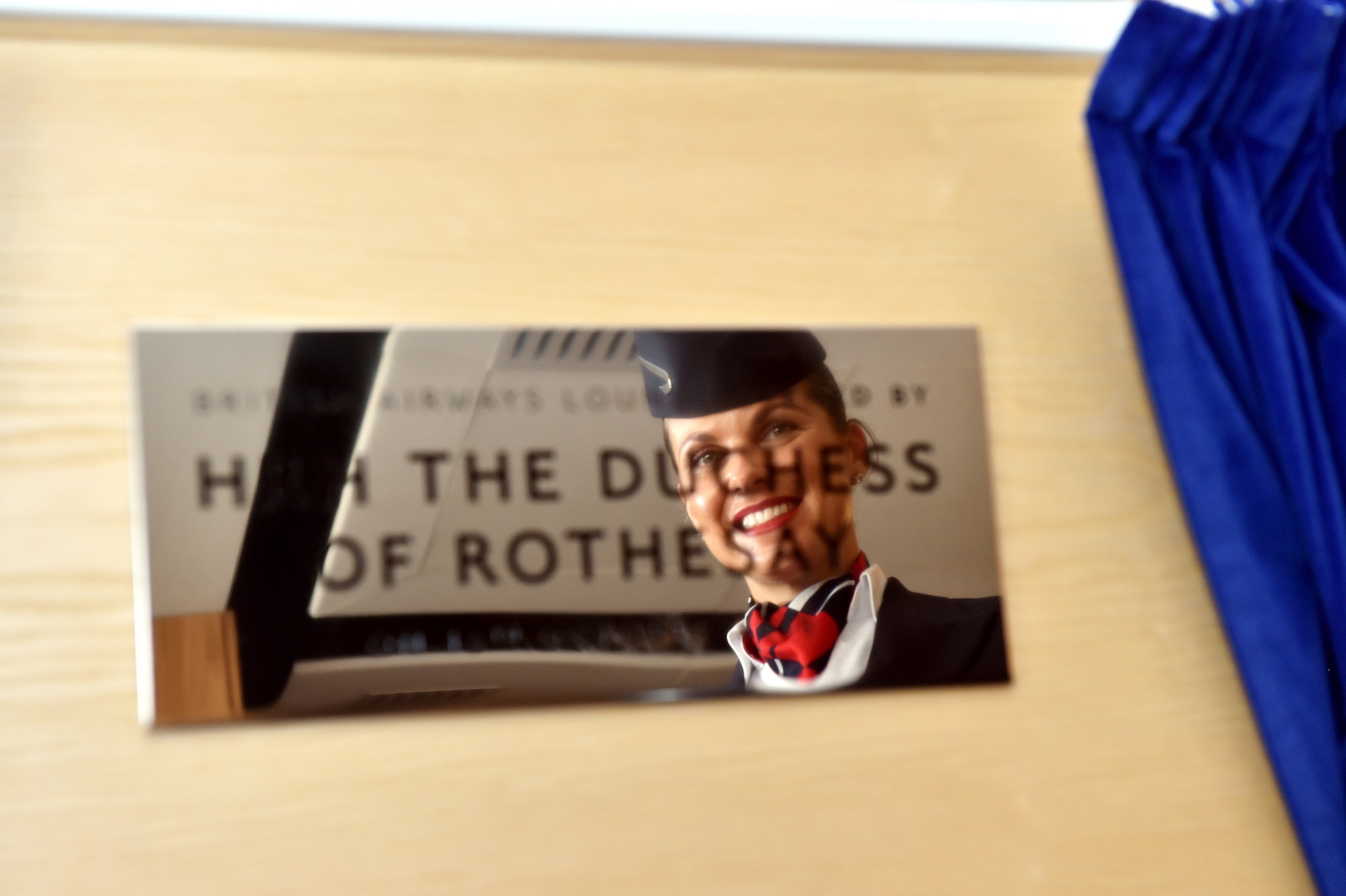 Aside from the bar, which is identical to the one in Rome, bespoke furniture and fittings abound, including feature walls, lighting and marble-topped tables.

Pacific Building managing director, Brian Gallacher, said: “We are extremely proud of our work at Aberdeen Airport and to have been given the royal nod is a great honour for us.

“Our staff were delighted to meet Camilla at the lounge that they created, and she was visibly impressed by the end result of their efforts.”

The project to upgrade Aberdeen International Airport is being carried out in three phases and is due to be completed in 2019.