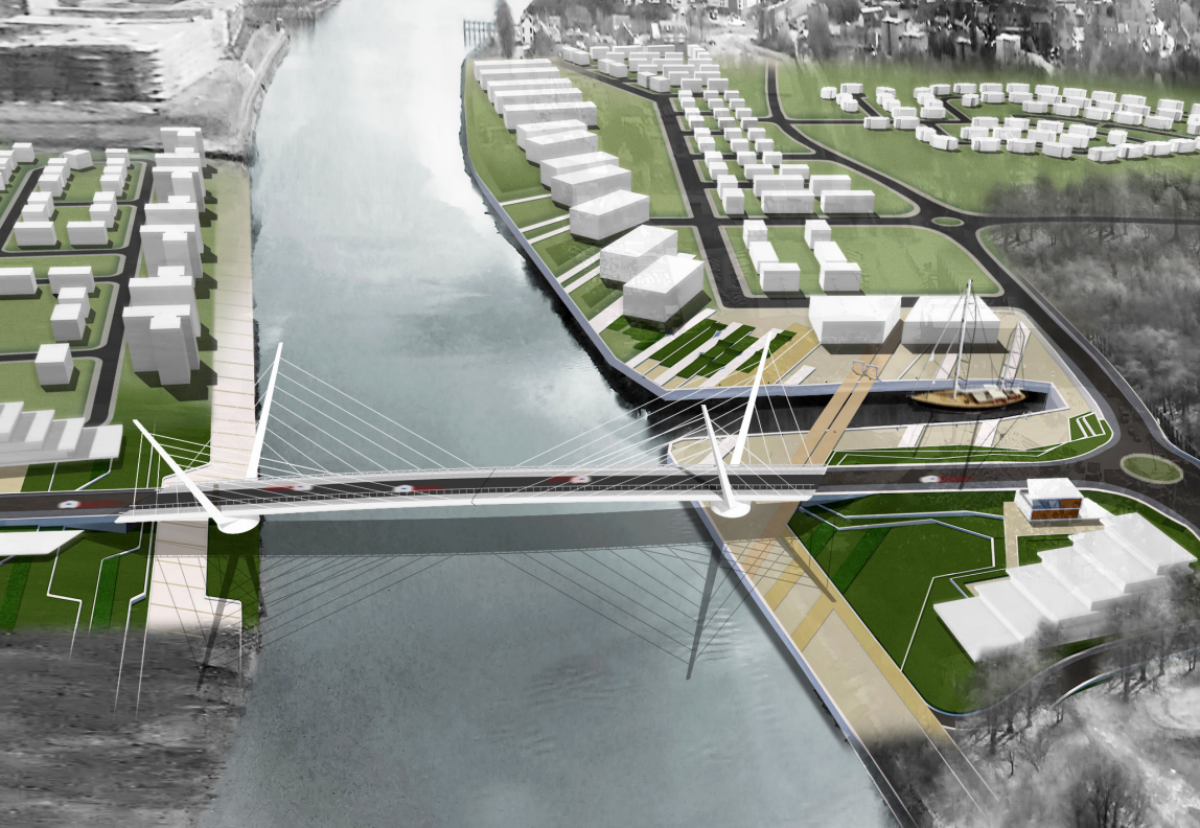 The work will align associated and new roads to the 184-metre road bridge to be built over the River Clyde, as part of the Glasgow City Region City Deal.

The crossing, connecting Renfrew to Clydebank and Yoker, is the centrepiece of a major infrastructure project to transform the Clyde waterfront and is being led by Renfrewshire Council. Renfrewshire Council leader Iain Nicolson previously described the project as “a hugely significant project for Renfrewshire, the Glasgow City Region and indeed Scotland”.

The project is also a significant step for Amey Consulting in partnering with a private contractor on a major design and build programme in Scotland.

Working in partnership with Ramboll and delivering the design to construction contractor GRAHAM, Amey Consulting will undertake highways design including road alignment, drainage and pavement, ITS, street lighting, and traffic sign and signals works. Pedestrian walkways and cycle lanes will also be incorporated into all new roads and bridges.

The focal point for Amey Consulting will be the approach roads to the 184 metre, two-lane opening bridge across the River Clyde. The remainder of the scheme comprises of around 2km of new roads, three new roundabouts and signalised junctions around the west side of Glasgow.

“We will provide the people of Renfrewshire and its Council developed design solutions which are efficient and sustainable, whilst supporting economic growth in the region. We will also deliver these works with local teams, opening new opportunities for people in Scotland.

“Furthermore, Amey Consulting is delighted to collaborate with contractor GRAHAM and design consultancy Ramboll on a major design and build project. We are excited at the potential for growth in this area for our business in Scotland.”

Leo Martin, managing director for GRAHAMS’s civil engineering division, said: “We’re delighted to have been chosen to deliver the Clyde Waterfront and Renfrew Riverside project, including the River Clyde bridge, with our design partners Ramboll and Amey Consulting.

“The new bridge will provide a gateway to the area’s fast-growing manufacturing innovation district and help better connect communities with significant employment and development opportunities for what will be a transformational project for the Renfrewshire and Glasgow City regions.”

The CWRR works are expected to be completed by the end of 2023.