A speculative design for the Glasgow School of Art restoration has proposed extending the Charles Rennie Mackintosh building onto the site of the former O2 ABC music venue. 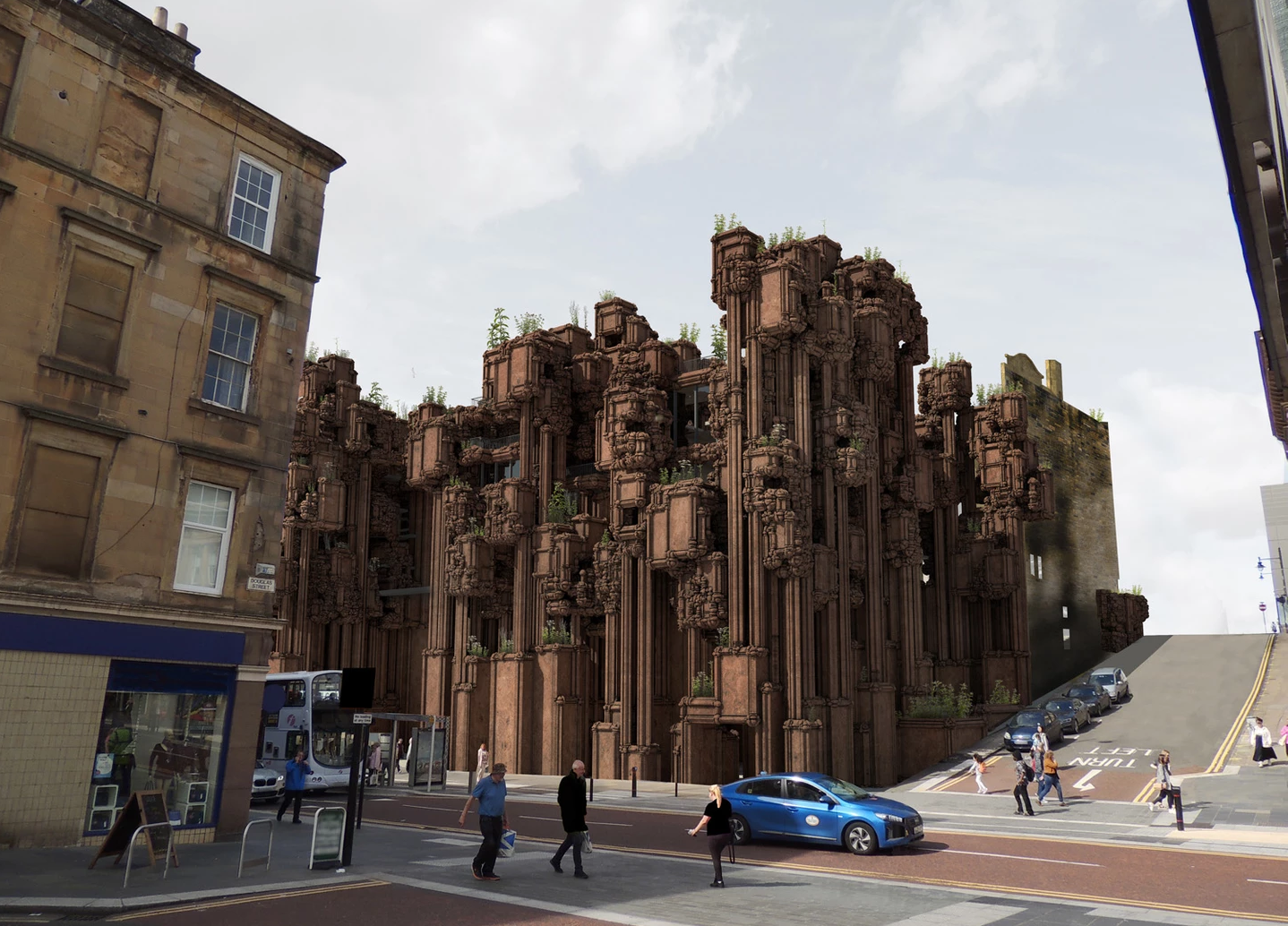 Architect Barry Wark proposes the creation of new educational studios, public spaces and gardens, forming a block wide strategy in response to the fires that destroyed the iconic building in 2014 and again in 2018.

Under the plans, the existing façade is retained and restores key interiors that allow the buildings tour routes to be replicated. The studio spaces are moved into the extension creating a void in the former art school for events, gatherings, and exhibitions. 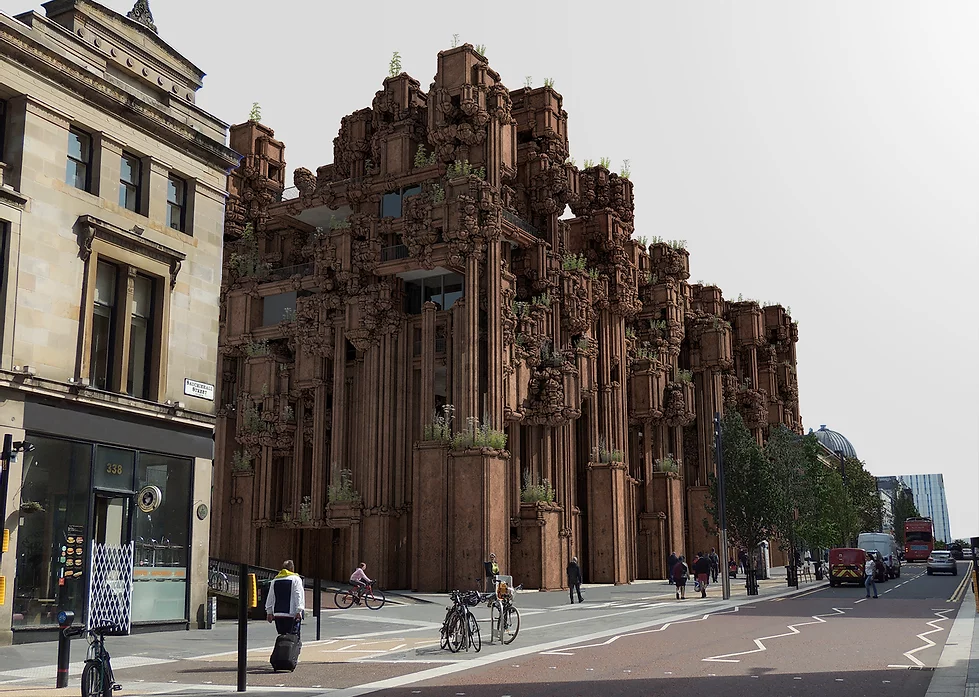 The extension is composed of studio spaces as well as zones reserved exclusively for plant colonisation that aim to bring notions of wilderness into the city. The building’s façade is characterised by its folded geometry with multiple seams on every element. This intricacy exists to encourage the propagation of vegetation from seeds dispersed there by the wind. The result is plant growth in a wild and nondeterminate manner inspired by the urban cliff hypothesis.

The design is inspired by the megalithic architecture of the city, historical Scottish castles and makes further references to the original building. 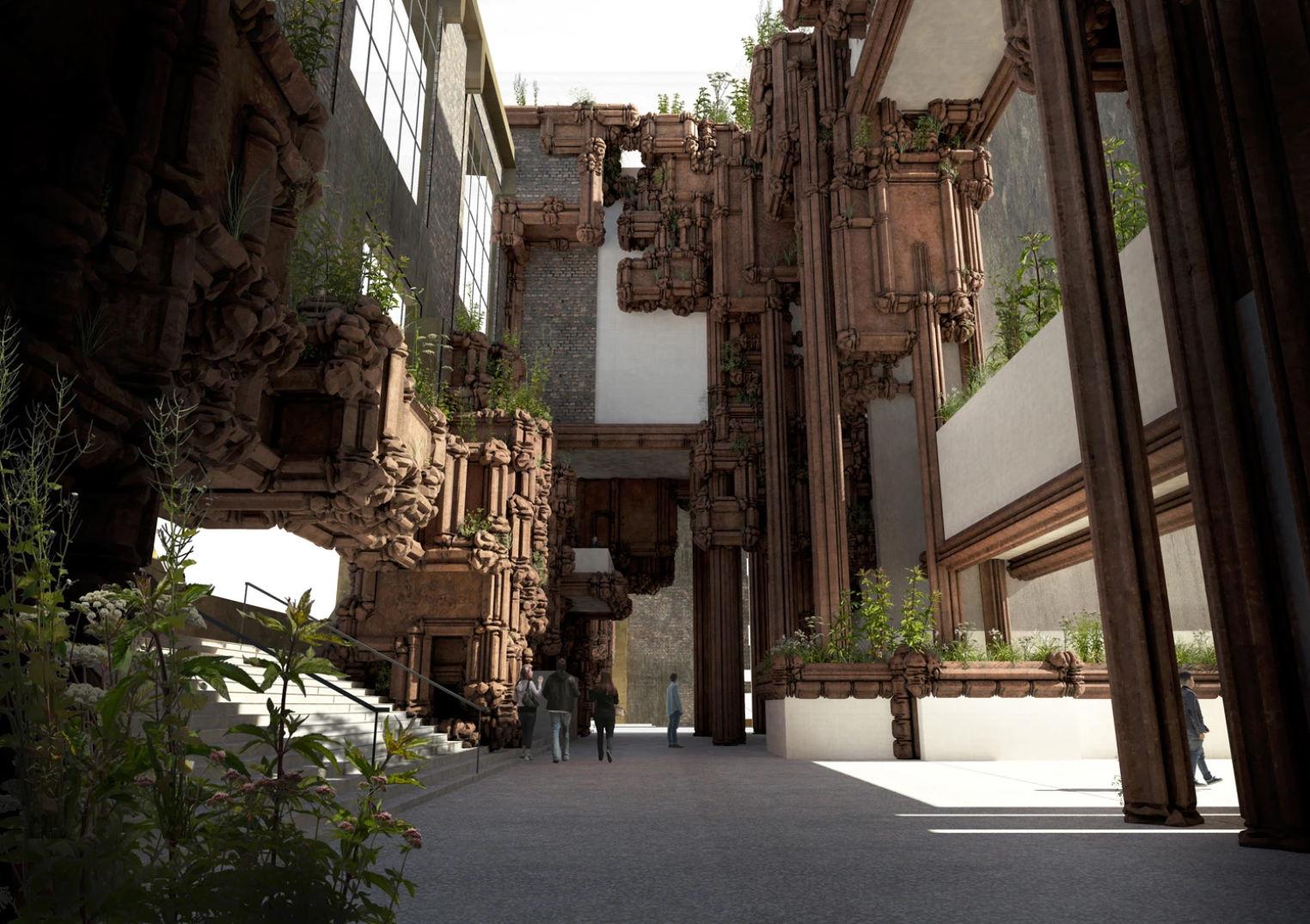 Mr Wark said the proposal looks to encourage future conversation about the building two years after the second fire. It takes the position that a new block wide development offering new forms of public spaces and gardens in Glasgow city centre could be more preferably than a total restoration.