And finally… These Boots were made for working

As JCB marks its 75th birthday there’s one family with an extra reason to toast the milestone after notching up a staggering 600 years’ service to the company. 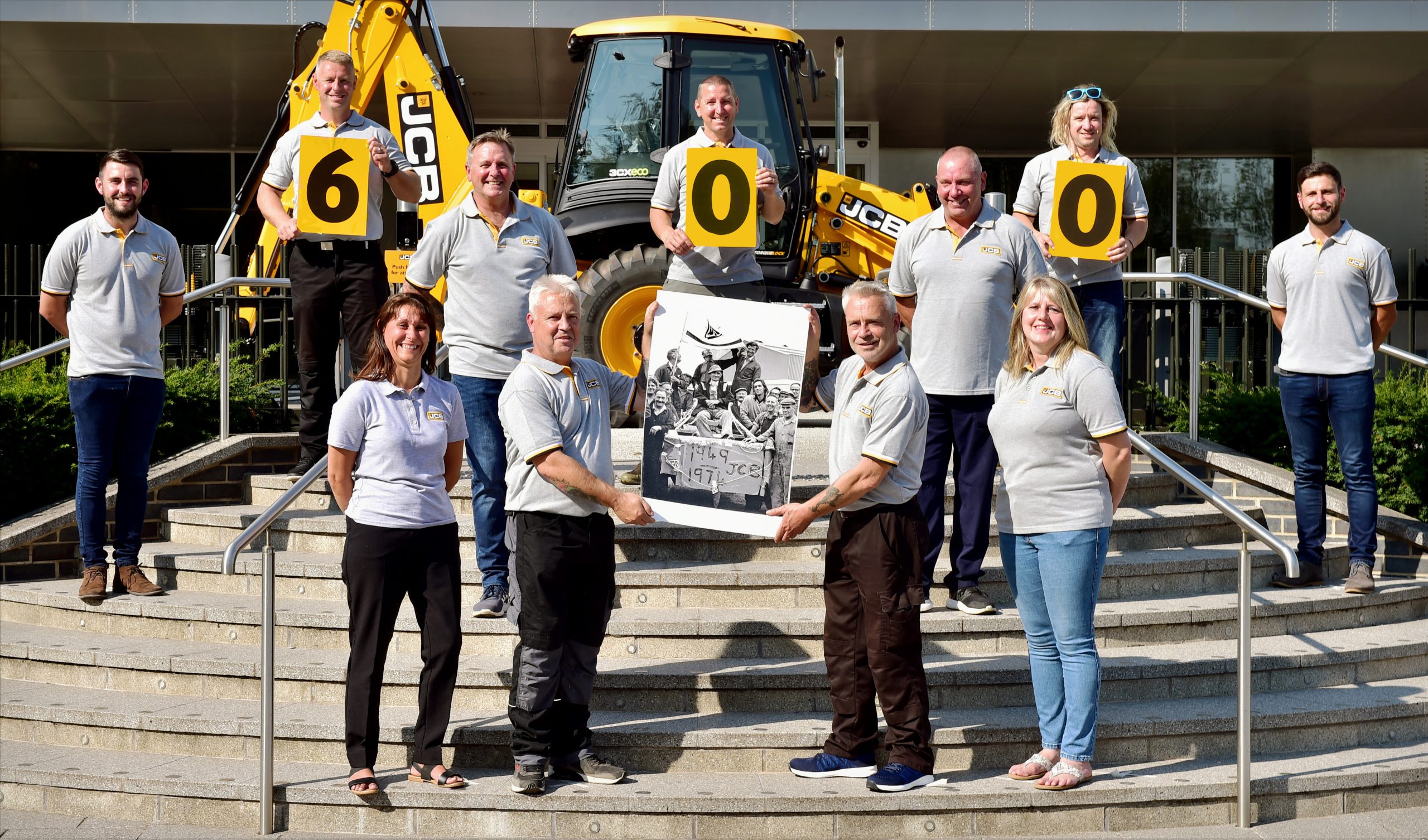 The Boot family started its long association with JCB in 1949 when Bill Boot clocked on for the first time at the company’s factory in Rocester, Staffordshire. In the years that followed, nine of ten of Bill and his wife Lucy’s children went on to work at JCB. In total 27 Boot family members – including nine grandsons and three great-grandsons have followed in Bill’s footsteps – registering a staggering 600 years’ combined service to JCB.

The milestone has just been reached as JCB marked its 75th anniversary on October 23 – the day in 1945 that the late Joseph Cyril Bamford founded his business in a lock-up garage in the Staffordshire market town of Uttoxeter.

Today the late Bill Boot’s legacy continues as 11 members of his family still work at JCB – including five of his grandsons and three of his great-grandsons.

Bill’s son Bob, aged 81 and living in Cheadle, Staffordshire, started work in at JCB in 1956 on a temporary contract – and stayed for nearly 44 years.

He said: “It is a company that has changed so much, but so many things have stayed the same.  It may have factories in all four corners of the world but it is still based on the values that started it up in Staffordshire 75 years ago.”

Bill’s grandson Gary Boot, of Uttoxeter, 58, of who retired in September, said his family were very proud of their JCB links.

Gary, who started working for JCB in 1986, said: “I always wanted to join from an early age. My dad, Dereck, would come home and tell us stories of the company and Mr JCB and that sparked my interest. I’ve made so many great friends and have so many memories of the place. It is amazing to think of how many years’ service our family has put in – 600, it’s astonishing.”

Gary’s identical twin brothers Andy and Steven both work at the World HQ in Rocester.

Andy, 53, said: “I think how it is panned out over the generations has been brilliant. I joined in 1983 on a Youth Training Scheme and haven’t looked back from there.”

Steven, of Rocester, added: “Being identical twins makes it difficult for our colleagues, but to be honest, there are so many Boots I find it difficult to keep up myself on some occasions!”

The fourth generation of Boots working at JCB is made up of great-grandsons, brothers Shaun and Daniel Boot and their second cousin Leigh Boot.

Shaun, of Denstone, who has worked for JCB for 20 years, said: “There is definitely something in the blood of the Boot family that makes us want to work at JCB.

“Knowing that dad, grandad and great grandad all worked here really does make me sit back and think. I’m really not sure what our family would have done for a living if it wasn’t for JCB. I have a six-year-old daughter and my brother Daniel has a six-year-old son. So, you never know, I wouldn’t be surprised if they decide to follow in the family tradition.”

Bill Boot and his wife Lucy – who worked in the JCB canteen – had nine sons and a daughter and nine of the children –  Tony, Dereck, Ken, Bob, Bill, Dennis, Les, Ron and Ruby – went on to work at JCB followed by grandchildren and great-grandchildren.