And finally… Viaduct recreated with laser and drone technology

Laser scanners and drones have been used to map every inch of the iconic Ribblehead viaduct as part of a major restoration project to secure its future for passengers and tourists. 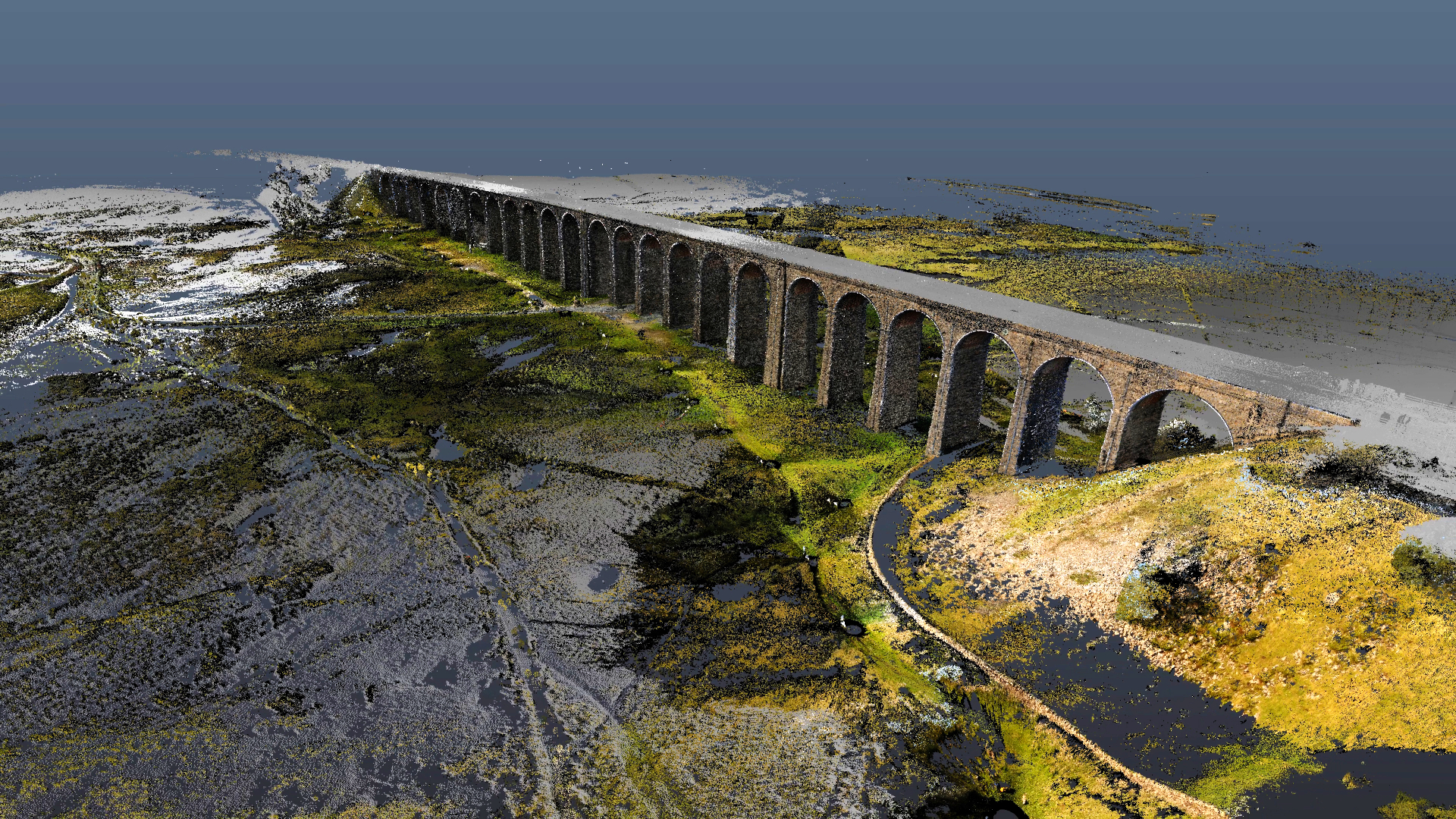 An essential upgrade to brickwork and drainage is underway on the 144-year-old structure which carries the historic Settle to Carlisle railway 400 metres across the Ribble valley.

As part the £2.1m Great North Rail Project investment, North Yorkshire’s most recognisable railway icon was 3D scanned and turned into a computer model by surveyors. 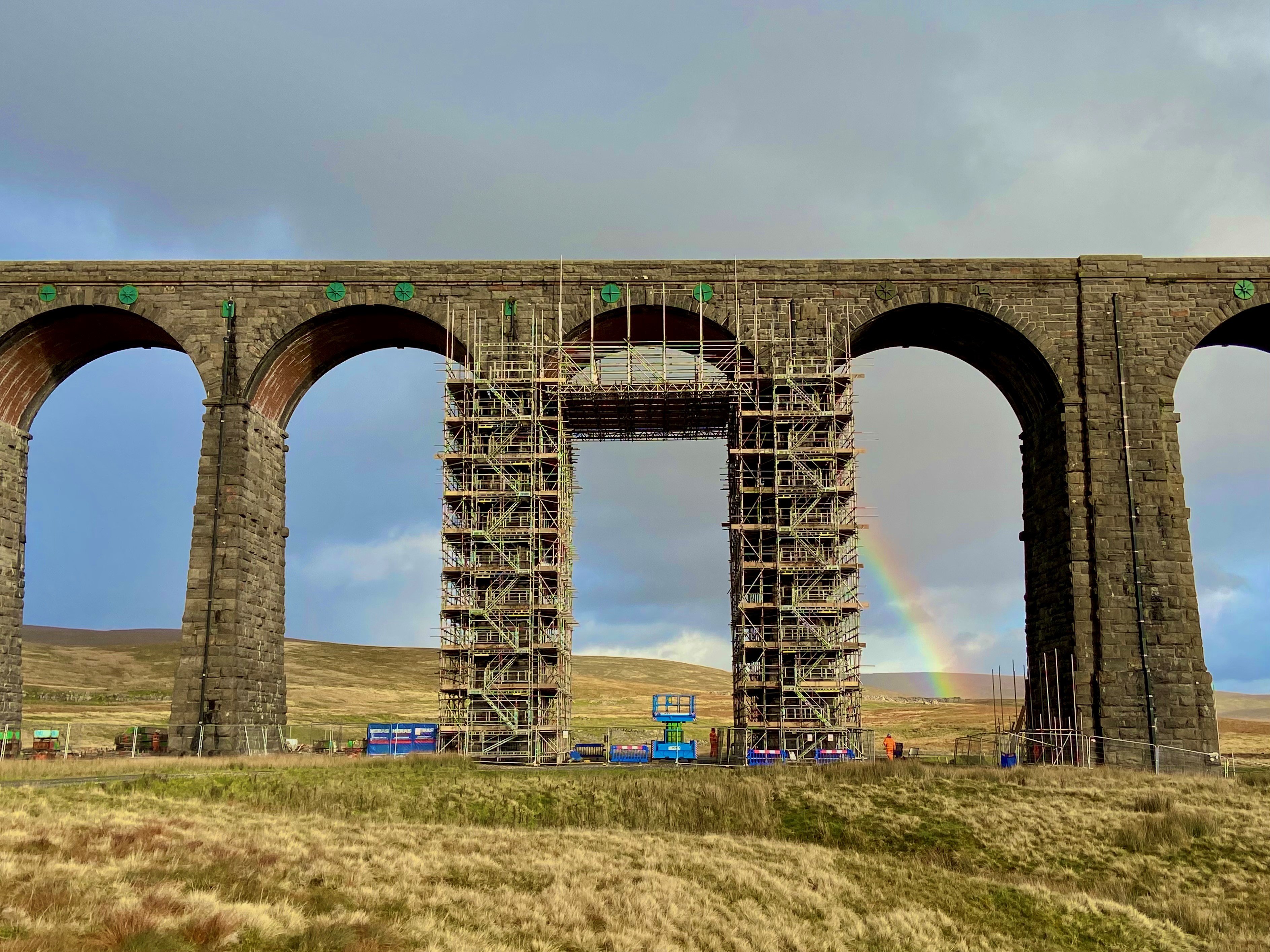 Phil James, Network Rail’s North West route director, said: “We’re always looking to innovate on the railway and seeing drones and lasers being used to care for such an historic structure is really impressive.

“I was at Ribblehead viaduct when we started work a week ago and saw for myself the huge scaffolding platforms now in place so my team can improve brickwork, mortar and drainage. Great care and attention is going in to make sure our work is right from a heritage perspective. This digital model plays a major role in that as we secure the Grade II listed-structure’s future for passengers and tourists as part of the Great North Rail Project.”

A LiDAR survey was carried out by contractor Commendium in conjunction with heritage consultancy firm Wardell Armstrong.

Ribblehead viaduct is the biggest man-made structure Commendium has ever scanned.

The data gathered was then used to build up the 3D computer model by Network Rail’s specialist computer aided design (CAD) team. 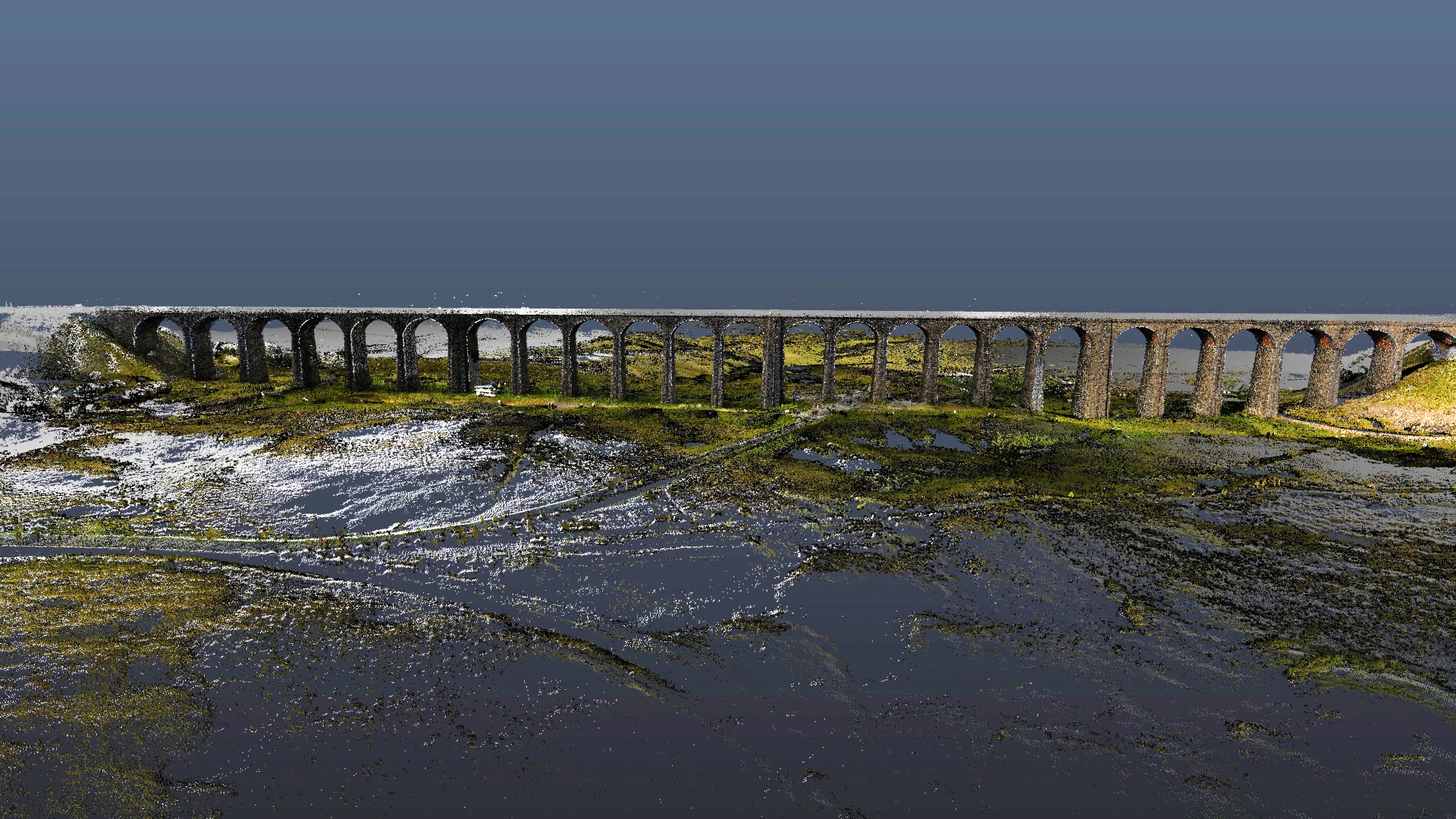 Richard Walters, chief executive officer for Commendium, said: “We have all known and loved this location for most of our lives, it is even part of our childrens’ cultural awareness with them learning songs about it at school. So to survey it has been a privilege.  The resulting LiDAR scan not only shows areas which need repair, but also areas where water could damage the stonework in the future, so leading to other preservation works.”

The maintenance work on Ribblehead viaduct taking place between now and February 2021 involves: