Approval given to convert Dennistoun school into homes

A former school building in Dennistoun is to be partly demolished and converted into homes after Glasgow City Council gave developers the green light. 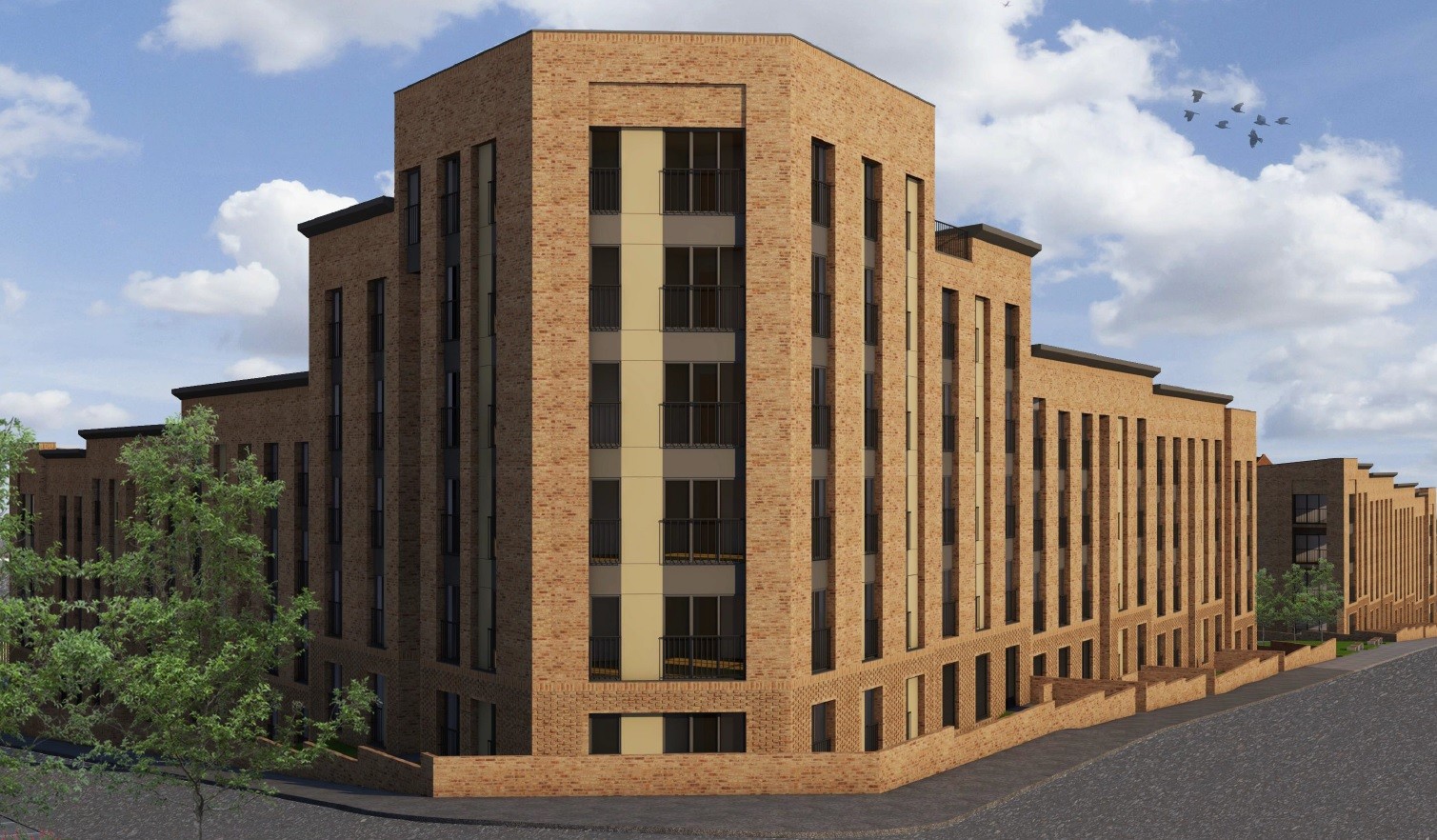 The proposal by Barony Homes will see the B-listed old Golfhill School in Circus Drive make way for 18 homes.

Designs by Jewitt & Wilkie Architects will retain the façade of the disused school while building a new build element to the rear. A former janitors house will also be converted into a standalone home.

Glasgow City Council has given Listed Building Approval for the changes, which will see the creation of 10 one-bedroom flats and eight with three bedrooms. Historic Environment Scotland had not objected to the proposals.

The project forms part of a wider plan for a further 133 flats on the school grounds. This application is still pending approval but is considered to be essential by the applicant to fund conservation work. 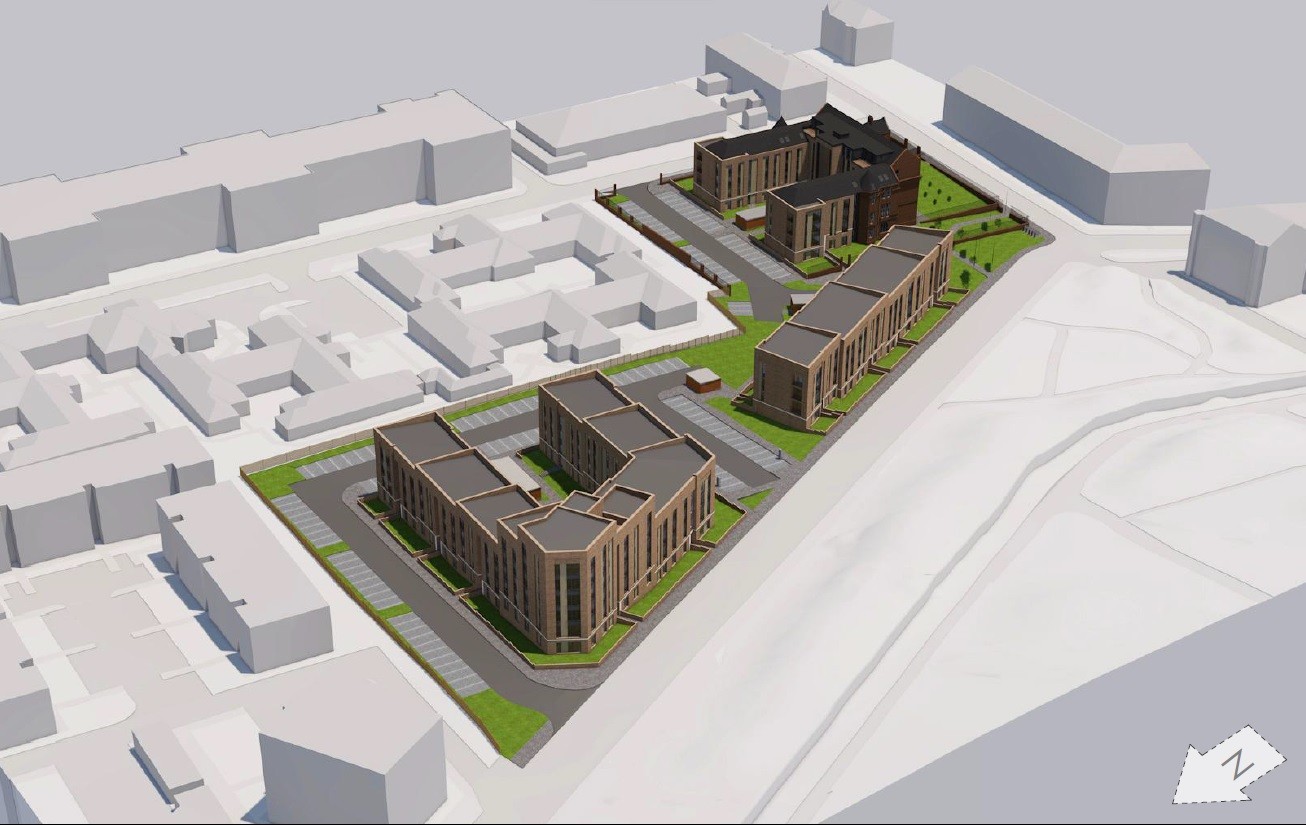 Documents submitted to Glasgow City Council planners by the architects stated that the “advanced state of deterioration” meant the only safe option for the B-listed school was façade retention to the front walls and partial retention of the side walls.

The statement continued: “Whilst it has been deemed financially unviable for the retention of the full school, our proposal will maintain and preserve the main elevations and towers of what is an important historical building in the Dennistoun area that, left in its current state, is likely to deteriorate past any chance of being rescued.

“The work to save this historically important building will be cross-subsidised by the new-build elements of the proposal, and as such it is important to view the full development as a whole.”

The design document also states: “The architectural style is unashamedly modern, reflecting similar design approaches for new-build development elsewhere in Dennistoun, using durable materials with warmth of colour and texture. The principal objective of the proposals was to create a sense of place from an unused and potentially-fragmented piece of ground and to redefine the edge of the Conservation Area with a quality development.” 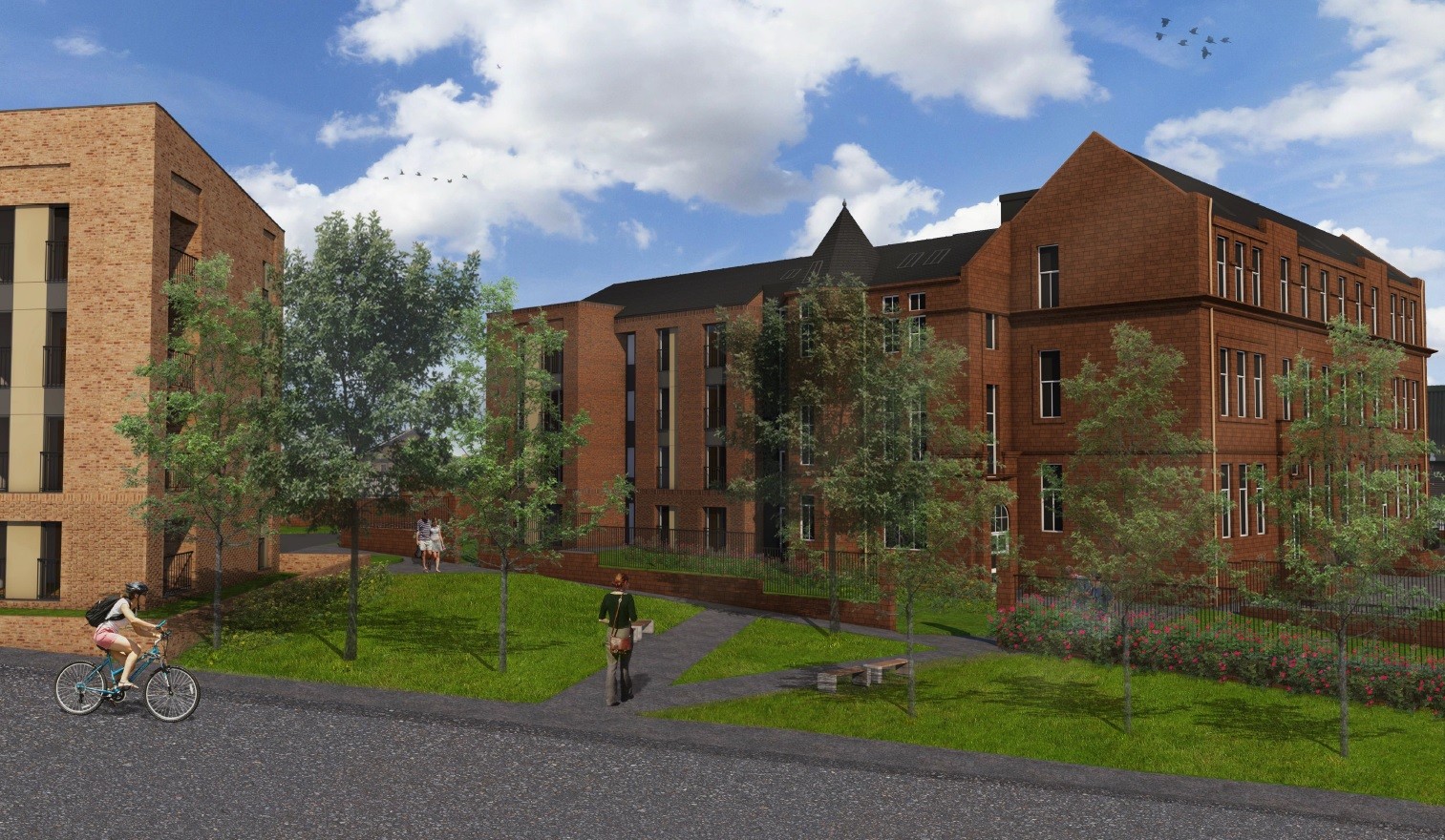 It added: “The playground to the front of the school will be transformed into a green area, with an orchard of trees that will benefit the new residents and the local community by providing a green space in what is currently a mess of broken concrete and overgrown weeds.

“It is proposed that the area to the corner of Firpark Street and Circus Drive will become a more formal civic space with access links and planting with trees of a species that are suitable for the location and future use.

“These proposals will create areas which are desirable to the new and existing residents to pass through and linger in, an improvement on the overgrown and unsafe spaces which currently exist on the site.

“New paths across the site will help to connect the adjacent roads in a way that the site currently doesn’t allow, due to the rigidly defined walls and railings of the Victorian school.”