Construction materials supplier Breedon is to offload two quarries and a cement terminal in Scotland in an effort to address competition concerns regarding its £178 million deal to buy around 100 Cemex sites around the UK. 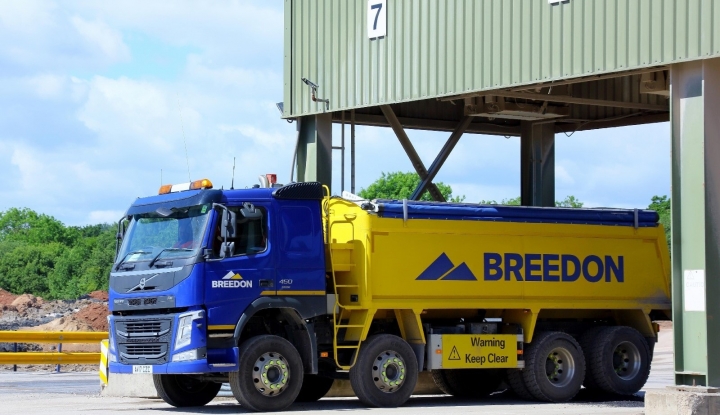 A conditional agreement was reached on January 8 for construction materials supplier Breedon to pay £155 million in cash together with the assumption of £23m of lease liabilities for 100 sites across the UK of global firm Cemex, including aggregates quarries, ready-mixed concrete facilities, asphalt plants and a cement terminal.

However, the Competition and Markets Authority (CMA) had warned that the deal could result in a substantial lessening of competition, leading to higher prices and lower quality building materials for UK construction projects.

Following its initial Phase 1 investigation, the watchdog found that the deal gives rise to competition concerns in relation to the supply of ready-mixed concrete, non-specialist aggregates or asphalt in 15 local markets across the UK. In all of these local markets, the two businesses currently have a large presence and compete closely, with limited competition from other suppliers.

The CMA has also found that the merger could make it easier for cement suppliers in the East of Scotland to align their behaviour, without necessarily entering into any express agreement or direct communication, in a way that limits the rivalry between them. The CMA found that this could result in cement suppliers competing less strongly for certain customers in the region.

To address the concerns, Breedon has informed the watchdog of its intention to sell a small number of ready-mixed concrete plants and an asphalt plant in England, and two quarries and a cement terminal in Scotland.

The CMA said this morning that it considers that there are “reasonable grounds for believing that the undertakings offered by Breedon Group plc, or a modified version of them, might be accepted”.

Welcoming the announcement, Breedon said: “The company fully expects to be able to finalise the required undertakings to the CMA’s satisfaction and complete the required divestments in the near future, paving the way for the integration of the remaining former Cemex assets into the group later this year. Until that time they will continue to be held separate from Breedon and operated as Pinnacle Construction Materials. The company will make further announcements in due course.”