Cultivate Aberdeen, a community initiative that provides Aberdonians with food-growing and sustainable education facilities, has received a £2,000 donation from the CALA Homes community bursary to help purchase vital tools and equipment for its St Fittick’s project in Torry.

The St Fittick’s edible garden was launched in March 2021 and was established to provide the local community with access to an allotment space to grow fruit and vegetables in a safe and relaxing green space.

The edible garden space also has a dedicated area for education and outdoor learning to help encourage children and young people visiting the site to be more creative and enjoy learning about sustainability and self-sufficiency.

The Natural Health Service (with NatureScot leading the development) will support the health sector to embrace green exercise as part of policy and practice. This will see nature-based health programmes used as part of health promotion and improvement, as well as encourage healthier lifestyle behaviours.

The donation was made as part of the CALA Homes (North) £10,000 Community Bursary scheme, which has helped a total of seven local groups, charities, and organisations this year.

The final piece of East Renfrewshire Council’s expansion of nursery provision in the area is complete - as the sixth new facility opened its doors today.

As the last of six new nursery facilities to open, Overlee Family Centre in Clarkston will now support the council’s roll-out of increased free childcare for all three and four-year-olds and eligible two-year-olds.

The state-of-the-art facility, which will operate for 50 weeks of the year, provides large play rooms, a quieter rest zone area, a baking area for the children and dining space.

The facilities also allow children to take part in a range of outdoor activities, with a boot room, toilets accessible from the outside area and plenty of outdoor spaces to explore, as well as the wider opportunities provided by being located within Overlee Park.

With a capacity for up to 120 local children, the new facility also has an area for use by the community and changing rooms for community sport, which replaces the dilapidated park pavilion, which has now been demolished.

The family-run Lynnfield Hotel in Orkney has unveiled a modern extension comprising 10 new rooms, following a £400,000 funding package from Royal Bank of Scotland.

Purchased in 2006 by Malcolm Stout and his partner Lorna Reid, the small country house style hotel on the outskirts of Kirkwall, next to the iconic Highland Park distillery, offers an upmarket, relaxed experience for visitors and locals.

The duo, who previously ran the Cleaton House Hotel in Westray, both work on-site, with Malcolm operating front of house and Lorna working as head chef. The couple have undertaken an extensive refurbishment of the hotel, with the brand new extension the latest modification to be revealed to the public. Royal Bank of Scotland provided funding support to allow the extension to be completed during the hotel’s closure in line with local lockdown restrictions.

The Lynnfield’s highly-regarded restaurant, which focuses on dishes crafted with local produce, including seaweed-fed mutton, allowed the business to continue operating throughout 2020 and to retain all staff. 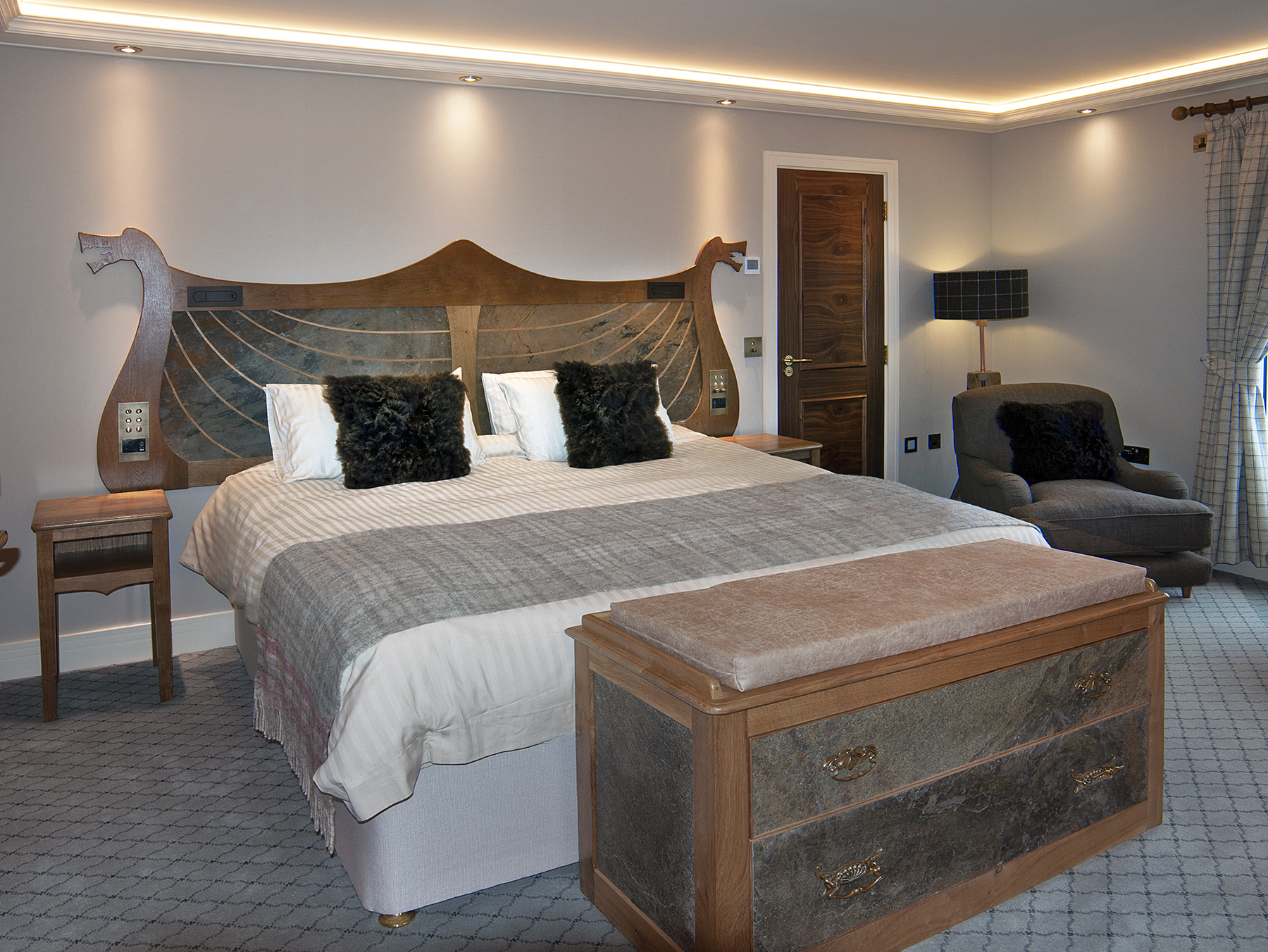 The hotel, which works closely with a number of suppliers in the area including farmers, oyster farmers, artisan cheese producers and fishmongers, places high importance on supporting the wider local economy. This ethos has been carried through to the finer details in the hotel’s new rooms, which have been completed with finishing touches curated from a range of Orcadian suppliers – from the furniture made by local craftsmen Kerr Carpentry, bedding and cushions from Westray designer Hume Sweet Hume and Isle of Auskerry, and curtains made of Orkney tweed.

The grand opening of the extension last month has ensured that the hotel is prepared for the upcoming ‘staycation’ season as travel restrictions lift with capacity now doubled. The move is helping to create up to five new jobs in the area, with additional reception, cleaning and service staff members required to support the increased guest numbers.

Kingdom Housing Association has been shortlisted in three categories at the Scottish Home Awards, the country’s largest independent awards competition in residential property.

Now in its fourteenth year, the Scottish Home Awards recognise excellence in the Scottish housing sector across 18 different categories and this year received more than 130 entries from 70 organisations.

Kingdom’s Hunter House renovation project in Kirkcaldy supports Fife Council’s Rapid Rehousing Strategy to reduce homelessness in the area along with the association’s ongoing commitment to sustainability. The conversion works acknowledge and respect the significant features of the building which dates back to 1785 and have ensured that these have been retained in their current glory.

The development at South Avenue, Blairhall, demonstrates partnership working at its best along with the benefits that quality low-carbon affordable homes can offer not only to tenants but to the wider community and the environment. The considered design and engagement approach has enabled the successful delivery of much needed high quality affordable housing which will help sustain the village for many years to come.

The 2021 Scottish Home Awards winners will be announced on September 16.

Scarborough Muir Group has appointed CBRE and Colliers to jointly market one of Scotland’s largest development projects, Queensferry One.

Situated at the gateway to Fife, adjacent to Junction 1B of the M90 and Queensferry Crossing, the development site spans 120-acres and has outline planning consent for 1.4m sq ft of mixed-use space.

However, following a strong resurgence in the industrial and logistics market fuelled by the impact of Brexit and COVID-19, Scarborough Muir Group has taken the strategic decision to revise the original masterplan, with the intention of creating a major distribution hub in the Central Belt of Scotland.

Sandra Black has worked in public service for almost 40 years and has been responsible for leading the council’s emergency response to the COVID-19 pandemic. She has also played a key role in the establishment of Renfrewshire’s Alcohol and Drugs Commission, working to help improve the lives of people and families who have been affected by alcohol and drugs.

She will leave the post at the end of 2021 and the process to recruit a successor is now underway.

Ms Black has been with Renfrewshire Council since 1998, beginning work in the council’s finance service before being appointed director of finance in 2005 - a post she held until 2014 when she was appointed chief executive.

Work is under way to repair damage to the Avon Bridge in Hamilton following a vehicle collision.

With support from Police Scotland, the area was made safe immediately after the incident on Wednesday 11 August and work is now underway to repair the damaged section.

The bridge on Carlisle Road between Hamilton Town Centre and Chatelherault is a busy and important link in the local network and disruption will be inevitable during the period of the repair work.

South Lanarkshire Council is working closely with the contractor to keep this disruption to a minimum and as a result peak time traffic will be maintained at full capacity.

For the safety of road users and workers traffic will be reduced to a single lane during off peak periods with temporary traffic lights in place. It is expected the repair work will take around four weeks to complete.

Due to the nature of the damage the footway on the east side of the bridge it will remain closed until the completion of the repairs.

The work includes the taking down and rebuilding of significant sections of the masonry parapet and other structural components of the bridge.

Due to the historic nature of the bridge extra care will be taken to preserve its appearance and where required specialist masons will support the repair work.

The tiny community of 15 on the Isle of Canna is appealing for donations to help complete the funding package to build three community-owned houses. 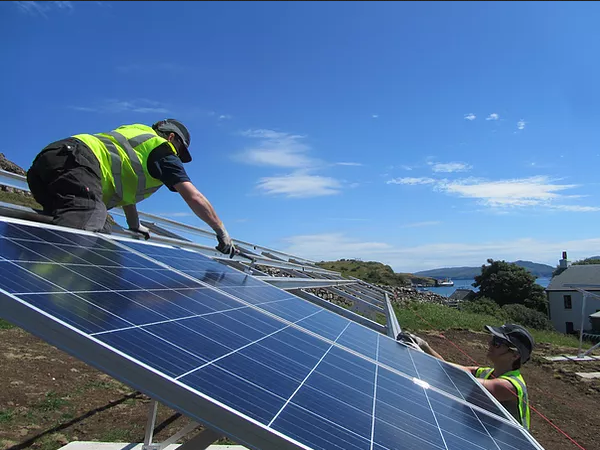 The Isle of Canna Community Development Trust has launched a crowdfunding appeal to complete the £750,000 total of funding required to build the houses. The community has to raise £200,000 as their contribution to the overall cost.

The houses will be managed and owned by the community; they will be warm, energy-efficient and let at affordable rents. The island’s owner, the National Trust for Scotland, have released the land needed for this development.

It is planned to start building these three new community-owned houses in spring 2022 so that Canna can welcome its new residents later in 2022. 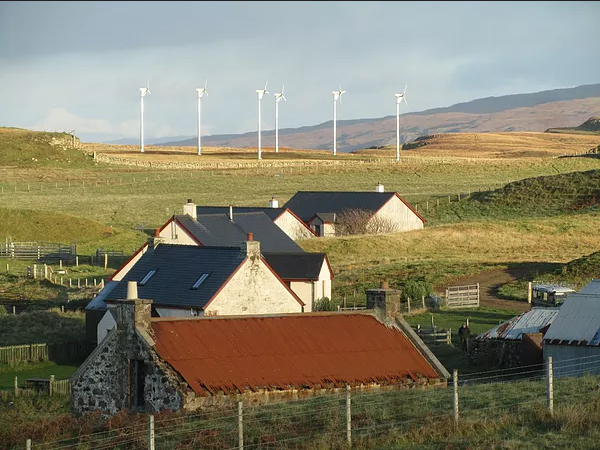 Contributions toward making Canna a more sustainable place to live can be made via the crowdfunding page.

The Highland Council has encouraged eligible residents to apply to benefit from up to 100% Scottish Government grant funding for First Time Central Heating.

This would be delivered through the installation of an air source heat pump, new radiators and new controls.

An air source heat pump uses electricity to extract heat from the outside air and can be used to heat both the home and the hot water tank.

This will generate warmth in one central place, distributing the heat through pipes to radiators throughout the home and will provide the residents with full control of their heating system. These talks will help owners, renters, businesses and people looking to buy, understand their buildings and why maintenance really matters.

The first talk will be on Wednesday 25th August at 7pm.

This will be on Zoom event - Free, but bookable through Eventbrite.co.uk. Enter Inverkeithing in the search box.

Select Building Maintenance Public Talks - Inverkeithing Heritage Regeneration. This is open to all, but spaces are limited.

Attendees can email in advance, a picture of a problem with their building, and the expert panel will advise, diagnose, and suggest next steps during the Question and Answer session.

Further talks will take place in September and October with a follow up workshop in November.

These events are possible thanks to the Inverkeithing Heritage Regeneration funders – Fife Council, Historic Environment Scotland and the National Lottery Heritage Fund.