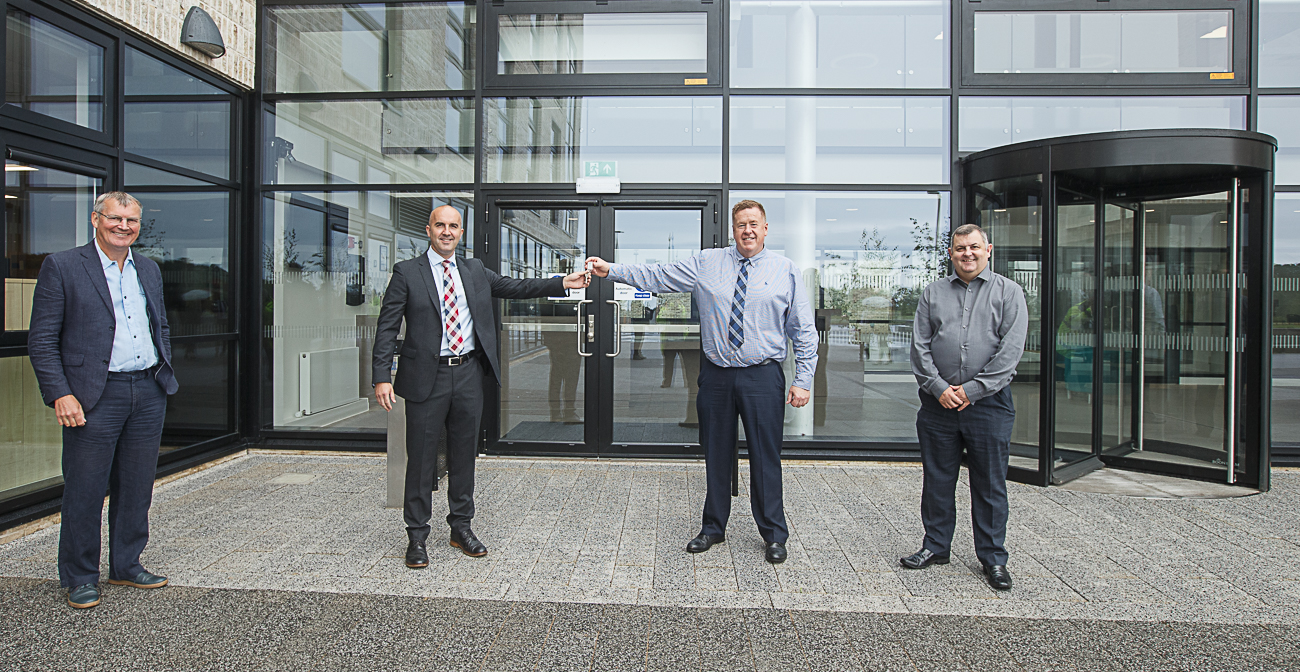 Miller Homes has announced the launch of Stoneyetts Village, a brand-new development in Moodiesburn, North Lanarkshire.

Stoneyetts Village is set to launch on 31 July 2021, with the first homes expected to be complete in early 2022. The development will comprise 173 three to five-bedroom homes from the housebuilder’s latest portfolio in a mix of detached and semi-detached styles, making them ideal for new, growing or established families looking to call Stoneyetts Village home.

The development will include the three-bedroom Fulton, the four-bedroom Maplewood, Leawood, and Larchwood styles, and the five-bedroom Elmford. Stoneyetts Village will also feature the Limewood showhome, a first of its kind in Scotland, launching in February 2022.

Quantity surveying and commercial management consultancy, Soben, has been named Consultancy of the Year at the National Building and Construction Awards for the second year running. 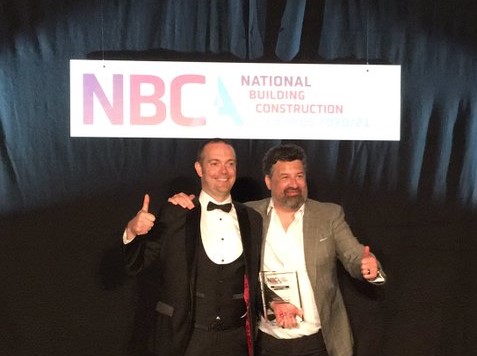 Soben EMEA managing director, Andrew Gallacher, picked up the award at a prestigious ceremony in London’s Wembley Stadium attended by professionals from across the construction industry.

The National Building Awards comprise 17 categories and provide successful businesses in the world of building the opportunity to highlight their work and achievements and be judged by a panel of national experts.

Andrew Gallacher said; “It is a fantastic endorsement of Soben’s commitment to excellence and our ambitious growth plans that we have been awarded this prestigious award for the second year running.

“I am hugely proud of each and every member of our team. Their hard work and dedication to our culture and values are the reason that we are able to deliver on our ambitious plans year on year.”

Further detail will be submitted to The Highland Council this week in respect of the planning application relating to the transformation of Inverness Castle to become a tourism gateway for the Highlands.

This is in response to the planning conditions specified when consent was given for the application in April this year, adding technical design proposals for the works necessary to restore the Category A Listed building and convert it for use as a new visitor attraction.

The additional information submitted includes constructional information describing the formation of a new roof terrace. This includes a new intricately detailed roof lobby, sunken walkway and raised universally accessible terrace providing stunning views of the city and the landscape beyond.

Submitted by project architects LDN Architects, the planning application is part of the preparation for the main building works contract which is currently the subject of a tender process.

Given potential impacts arising from Brexit and the Covid-19 pandemic, the programme of works for the main tender will not be finalised until completion of the tender process. The proposed works currently include the careful conservation of the building fabric, accessibility and environmental upgrades and contemporary new additions.

In addition, the proposed works include a new café space and external viewing terraces that, combined, will transform Inverness Castle into a cultural centrepiece to be enjoyed by the public.

The Building Engineering Services Association (BESA) has announced the passing of its former president Peter Hoyle at the age of 76 with great sadness.

Hoyle was the first president of the Association since the Second World War to serve two consecutive terms following his election in 2000. He then became only the sixth person in the history of what was then called the HVCA to be awarded its Distinguished Service Award.

BESA chief executive officer David Frise said only individuals who rendered exceptional levels of service to the Association and its members received this special accolade.

“We refer to it as BESA’s ‘Hall of Fame’ and Peter certainly deserves to be regarded as one of our most outstanding past presidents for his totally dedicated service to both the Association and the industry at large,” he said.

He served on the HVCA’s Council for more than 20 years and carried out vital work for the benefit of all members through his work on the Membership, Operations, Finance and House committees. He was also a director of the Association’s subsidiary Piper Enterprises and chairman of its training provider Building Engineering Services Training Ltd (BEST).

“He was a totally genuine man who, above all, recognised the value of the people he worked with and the importance of investing in their development,” said Frise. “In his inaugural address, Peter insisted that quality began and ended with people – and that any organisation, business or trade body, could only be as good as the individuals involved.

“Peter Hoyle will be remembered for his kindness and desire to help and support others whether in his business or personal life. We are truly grateful for his long and distinguished service.”

Nurses at Marie Curie Hospice in Edinburgh have been given eight dedicated car parking spaces thanks to generous supporters. 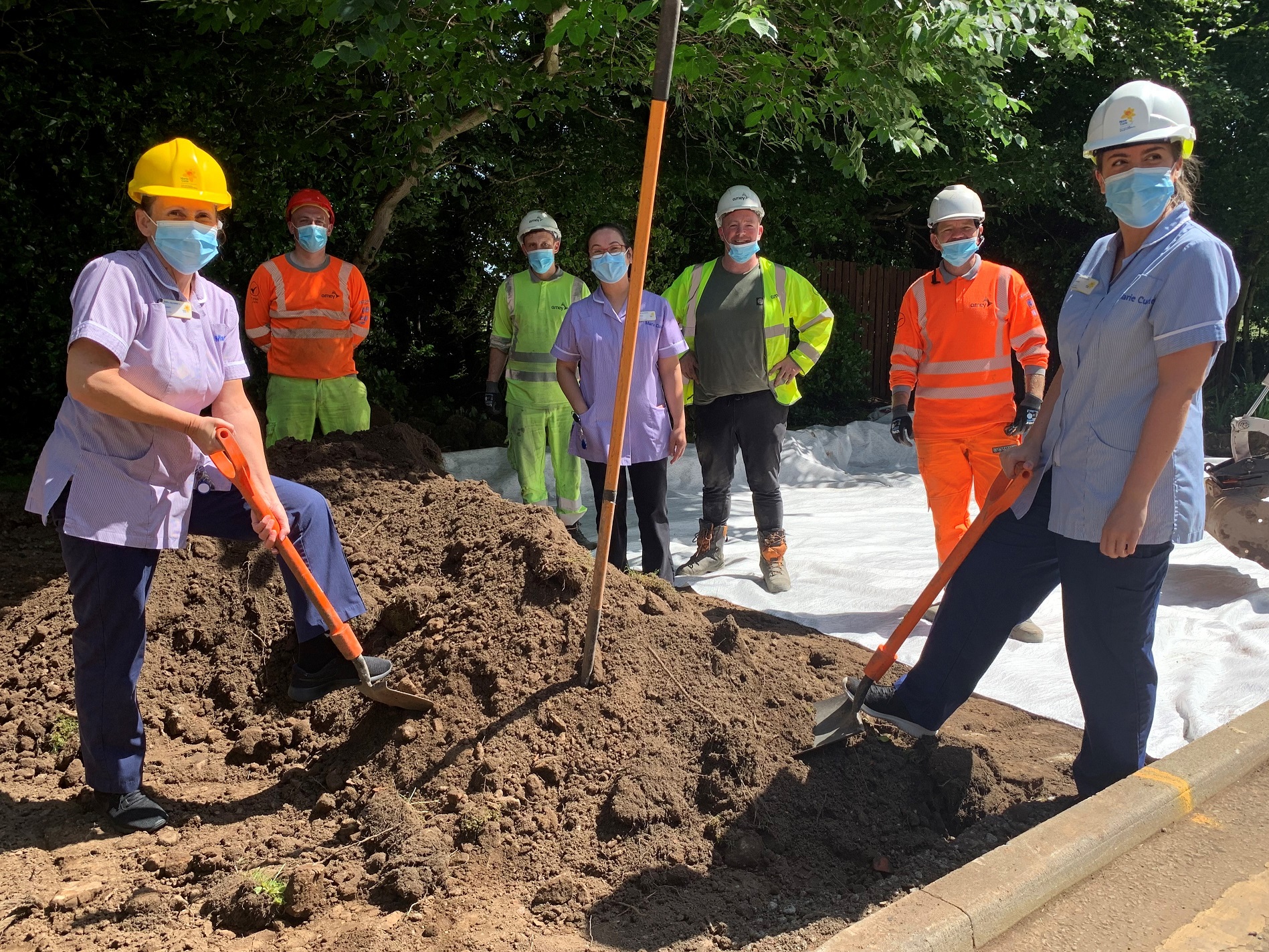 Infrastructure and engineering company Amey, along with suppliers and supporters, have donated materials, time and labour free of charge to create the parking bays in the space of three days.

It means Marie Curie Nurses, providing end of life care to terminally ill patients in the Frogston Road-based hospice, will find it easier to park for their shift as parking bays are reserved for visitors, with Nurses seeking alternative safe places to leave their cars.

The public consultation for the proposed link between the Lochloy area of Nairn and the A96 retail park has been extended for a further four weeks giving people up until Friday, 27th August 2021 to give their feedback.

The extra time is to allow for the summer school break to conclude and for Community Council meetings to reconvene.

Concept designs have been produced for a pedestrian and cycle route to link the communities of Lochloy in Nairn and the A96 retail park via the Balmakeith Industrial Estate. The route was identified in the Inner Moray Firth Local plan and recognised the need for a practical link for active travel to the retail park.

At present, there are a number of design issues to be overcome in providing such a facility, however the main obstacles are the bridging of the Main Line Railway from Inverness to Aberdeen and the provision of compliant ramp facilities for cyclists, wheelchair users and people pushing prams.

The Project is funded by the Highland Council via developer contributions and Transport Scotland via Sustrans and its ‘Places for Everyone’ funding stream.

This consultation exercise is to consider three concept designs and the views of the public. The designs are presently at concept stage which means that they have been produced and meet the Design Criteria, however are at a stage where by only Design Principles are set.  The design appearance, finishes and exact dimensions/location may change to suit future comments, concerns and design issues.

As with most projects of this type it will require Planning Consent and at that stage Highland Council will seek further consultation/comments on a more refined design.