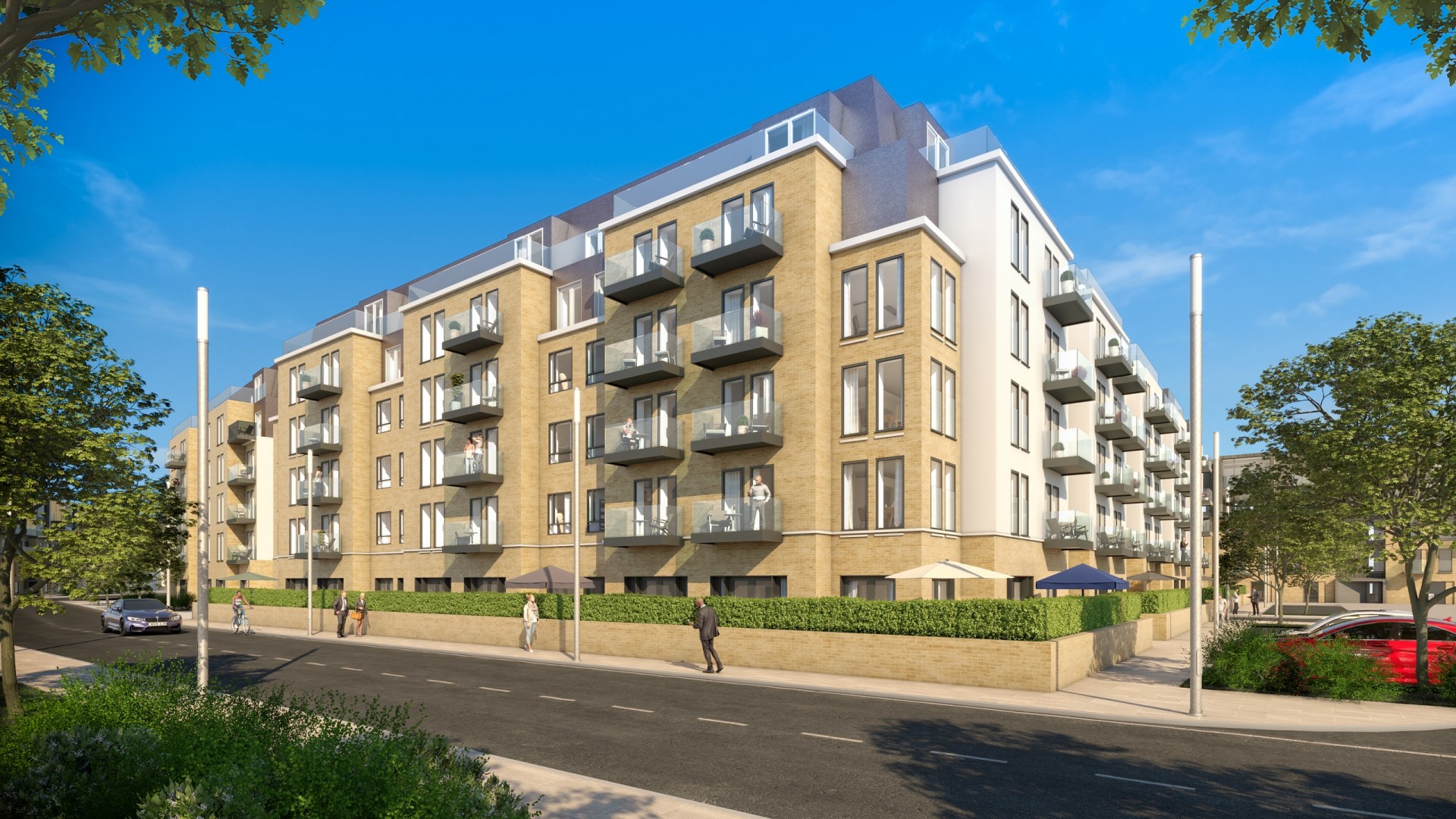 Investors seeking to invest in retirement living accommodation for the over 55s will now be able purchase a limited number of apartments off-plan.

Charles Price, spokesperson for Edinburgh Marina Holdings, said: “Independent living is probably the fastest growing investment sector in the UK. The rental market is driven by the demand from an increasing older population who prefer to rent. Royal Wharf Edinburgh Marina has been specifically designed to provide a diverse range of facilities and bespoke services which makes this a unique investment opportunity.”

The £500 million Edinburgh Marina development includes a world class marina comprising 427 full-serviced berths with 24/7 access at all states of tide, new homes for sale and to rent, the Hyatt Regency Spa and Conference hotel and serviced apartments, medical hub and neighbourhood shopping.

A project to transform an A-listed Aberdeen city centre church into a new upmarket bar has begun.

CAF Properties has erected scaffolding around the Greyfriars church which is adjoined to Marischal College on Broad Street.

In August, listed building consent was granted by Aberdeen City Council – paving the way for hospitality giant G1 to convert it into a bar and restaurant.

The former church was designed by the architect Alexander Marshall Mackenzie and built in 1903.

Insch Station has been given the go-ahead for its next step in becoming more accessible.

Problems for disabled people at the Aberdeenshire amenity have been a longstanding issue, especially after it was named one of the least accessible stations in Scotland.

Those living with a disability have had to contend with their nearest fully accessible station being in Dyce, nearly 20 miles away.

At the moment, those wishing to use the rail network can book a taxi through Scotrail to an alternative station.

However, after presenting the Scottish Government with an independent appraisal of the platform, the Nestrans “Case for Change” has been approved by Transport Scotland.

The City and Shire transport body is now much closer to years of work being realised.

The partnership will next move forward with presenting options, relating to issues at the station in a preliminary appraisal before work can commence on the rural platform.

Confirmation of the Scottish Government’s single biggest investment towards housing has been welcomed by Edinburgh’s housing, homelessness and fair work convener.

Following last week’s Scottish Budget, which announced a £17 million increase to support the delivery of 50,000 affordable homes, a further £300m has been committed by communities secretary Aileen Campbell for 2021-22 to help councils across the country address housing pressures.

In Edinburgh, the council is on target for delivering 10,000 affordable new homes by 2022, with 1,900 homes complete or under construction. Ambitious plans have also been laid out to invest £2.5 billion in housing and build 20,000 affordable homes by 2027.

Responding to the announcement, Councillor Kate Campbell, Edinburgh’s housing, homelessness and fair work convener, said: “We were expecting to receive around £45m from the Scottish Government for social housing but (yesterday’s) commitment confirms this will, in fact, to rise to over £48m.

“This is the single biggest investment towards our housing on record for a starting budget and will support our own ambitious programme to deliver thousands of new and better homes for our residents.”

The City of Edinburgh Council will meet this Friday to discuss spending plans for the city’s budget, before it is agreed next week on 20 February.

Three projects funded by the Social Housing and Green Infrastructure Fund are set to be launched at this year’s Scottish Federation of Housing Association’s (SFHA) annual Development Conference.

The Social Housing and Green Infrastructure Fund is a partnership between SFHA, Scottish Natural Heritage, Architecture + Design Scotland and the Scottish Government.

The space around the two high-rise blocks at Queensland Court and Gardens, Cardonald, suffers from excess surface water making the outdoor space limited and often unusable. In addition, the area has poor parking facilities and limited play opportunities for young families.

This is set to change, with an investment award of £537,215 from the ERDF Green Infrastructure Fund. This will transform the green space, improve play facilities and parking as well as help to manage extreme rainfall events that are likely to become more common as a consequence of climate change. Queensland Court and Gardens will also benefit from being a pilot site for the 10,000 Raingardens for Scotland’ project.

Since the award from the Social Housing and Green Infrastructure Fund was made last August, a design team, comprising SWECO, RaeburnFarquharBowen and Glasgow City Council Flood Management Team have been working with the community to design improvements including a surface water attenuation basin to reduce flooding risk, new accessible paths (including stepping stones over the basin), and a natural adventure play area.

In addition, Southside Housing Association will be submitting the project for a ‘Building with Nature Award’. This will assess the project in terms of its contribution to ‘the three Ws,’ wildlife, water and wellbeing. The design team is also contributing to an SNH/SFHA project exploring the costs and benefits of such interventions.

In particular, the team will be quantifying the long-term maintenance cost of the new green infrastructure compared to maintaining the current ‘mown-lawn’ approach to landscaping.