Young people and mental health are the focus of Barratt East Scotland’s latest charitable donation round. 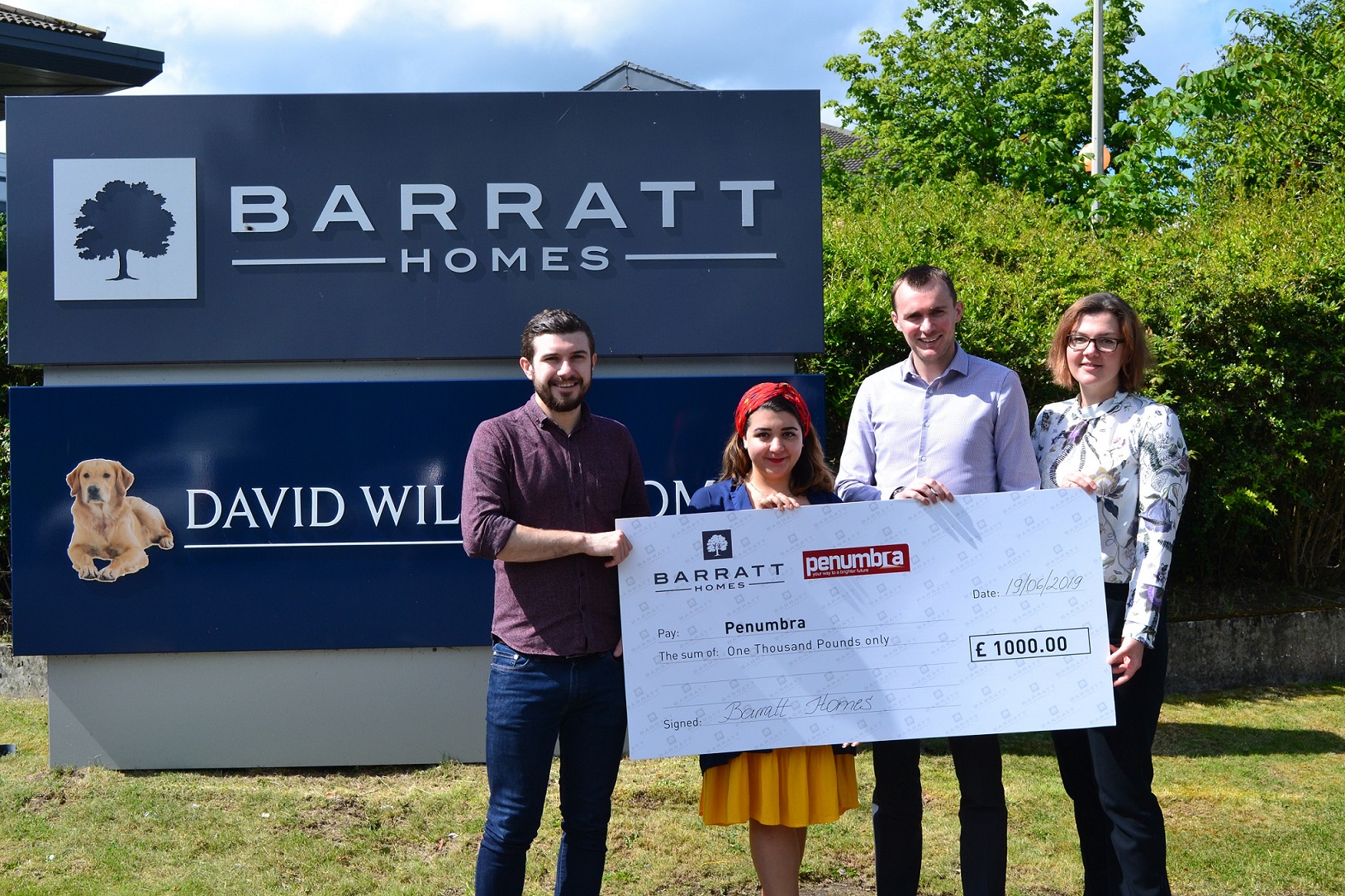 As part of its Community Fund, the homebuilder is committed to supporting a selection of local charities, chosen by Barratt staff, within Edinburgh, Fife and the Lothians with new donations every month throughout 2019.

The University of St Andrews’ flagship museum will reopen in April following a £2.1 million overhaul.

The Wardlaw Museum (formerly known as MUSA) is named after the University’s founder and first Chancellor Bishop Henry Wardlaw.

Over the last two years, the Museum has been completely reimagined. The makeover delivers a museum 50% larger, with new displays in four thematic galleries, a temporary exhibitions space, and a remodeled entrance area and shop. This space will provide an exciting cultural venue at the heart of St Andrews’ cultural quarter – which now includes the Laidlaw Music Centre, Byre Theatre, and redeveloped Younger Hall.

North Lanarkshire Council has backed a project which could see up to £5 million investment in Electric Vehicle (EV) charging and electricity network infrastructure across Lanarkshire.

The public use hubs will be created in car parks owned and operated by both North and South Lanarkshire councils, in a bid to meet ambitious plans by the Scottish Government to phase out the need for new petrol and diesel cars and vans by 2032.

Councillors were told that preparatory work with Transport Scotland and SP Energy Networks is underway, as part of Project PACE, which aims to determine optimum EV charge point locations and the electricity network infrastructure required to support them.

V&A Dundee is working with architecture collective Assemble, the museum’s new designers in residence, on a project taking inspiration from historic buildings in Dundee and is today calling for young people to contribute.

Throughout the summer Assemble, V&A Dundee and Dundee’s Central Library will be working in close collaboration with a group of local people. Through a series of workshops the group will produce a new interior room inspired by local architecture. This will take shape from 21 March within the galleries, before being moved to the Central Library later this year where it will function as an area for digital learning and making for the city.

During the six-month design residency Assemble will explore the relationship between contemporary production techniques and traditional building crafts, inspired by historic architecture in Dundee.

From this week in the Residency Studio at V&A Dundee, Assemble will present samples, tests and experiments from a range of previous projects. They will then use the galleries from 21 March where collaborators will be introduced to a variety of skills and techniques throughout a summer programme of workshops and events, exploring the intersection of traditional skills and new approaches to making.

Young people from Dundee will work with digital scanning and modelling, traditional and contemporary production techniques and serial fabrication. Digital tools will record architectural details from significant local buildings to create replicas, fabricate moulds and produce cast panels that will be arranged to form a new interior for Dundee.

As part of the residency, Assemble is looking for young people aged 16-25 who would like to take part in this exciting project, working with experienced designers and makers to uncover the fascinating architecture and craft in local buildings. No experience of digital design or physical making is required, only an interest in learning new skills. Anyone interested in taking part should contact info@vandadundee.org.