Few things went according to plan last year but 2020 was a good year for the construction of affordable homes across South Ayrshire. 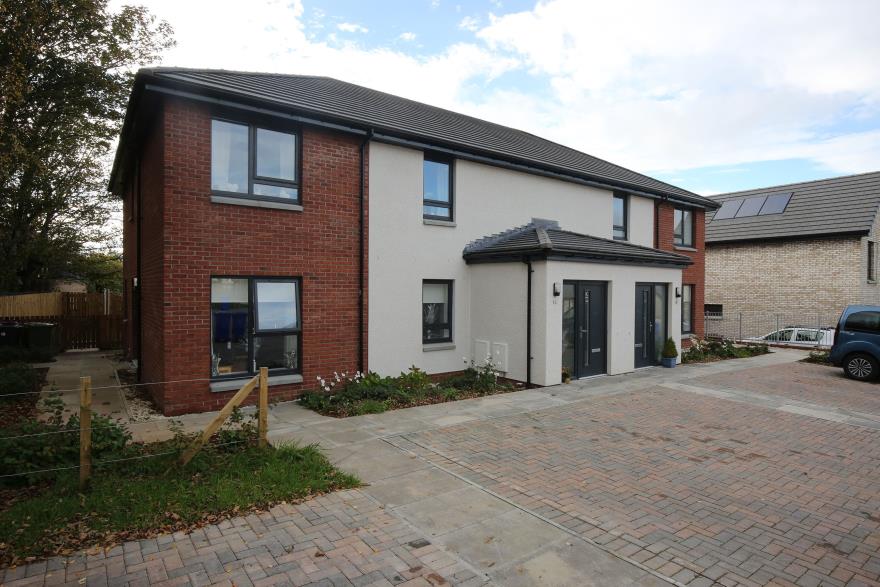 The local authority worked closely with housing associations and the Scottish Government to create 305 new affordable homes for the region this financial year.

South Ayrshire Council said its commitment to work with partners to build housing which meets the needs of communities is a key ambition.

Developments completed so far include accommodation which has been tailored to suit groups such as older people, those with learning disabilities and people leaving the care sector.

Together with the Health and Social Care Partnership, it has developed Core and Cluster Housing, which allows people with learning difficulties to live independently, with support close at hand.

The initiative, which was developed in consultation with service users and their families, has already made significant improvements to the health and wellbeing of residents.

To date, there are 12 Core and Cluster homes in Girvan, and 16 in Ayr, with more expected in the future.

Other priorities for new and refurbished housing, includes helping tenants to reduce their energy bills through the use of energy efficient cladding and insulation.

East Ayrshire Council has given the green light for a rural pub to be converted into three homes.

Former landlord David Birrell won planning permission to transform the Stair Inn into the houses. A single-storey extension is also part of the plans and every property will have a garden at the back.

The historic inn, which also offered bed and breakfast and dates back to the 1700s, was on the market for about £ 420,000 but failed to sell.

A change of use application had been submitted to turn an empty Glasgow city centre bookmakers into a pub.

The proposal involves premises at 72 Glassford Street, which has pubs on either side of it — Blane Valley and The Steps Bar.

The Association for Consultancy and Engineering (ACE) has announced that its senior board positions will be rolling over into a new one-year term.

Green energy is helping to power a Scottish Water facility in Campbeltown.

Once treated, water from the facility is delivered to around 3,923 properties in the area (residential and business combined).

This carbon reducing technology will offset 16 per cent of the electricity required to operate the facility, with the new solar PV system generating 0.05GWHr of energy on an annual basis – that’s the same amount of energy needed to boil around 5,000 kettles and save 13 CO2 equivalent tonnes of carbon per annum.

An electric vehicle charging point was also installed to accompany the renewables scheme, supporting the transition of Scottish Water’s fleet of vans away from fossil fuels to clean energy.