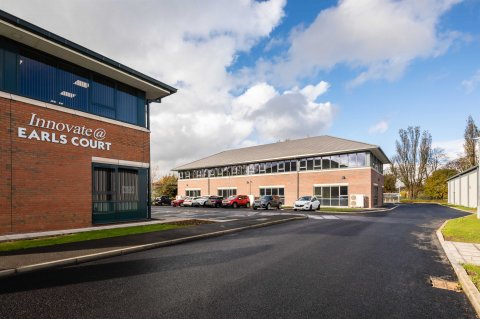 A new state of the art Water Treatment Works (WTW) is set to make the journey to its long term home on the banks of Loch Ness at Invermoriston.

The new WTW has already been assembled and pre-commissioned by Ross-shire Engineering at its specialised facility in Muir of Ord.  The innovative modular approach to construction being used was developed by the Highland firm via a long term partnership with Scottish Water.

Now 16 transportable modules will make the 41-mile journey from Muir of Ord to the new WTW site, located in forestry above the A82 just south of Invermoriston. Convoys will be spread over the coming three weeks and timed to avoid the busiest times on the transport network as far as possible. Each convoy will have a police escort and will make the journey via the A832, the A9 and the A82.

The new WTW is the central element of a £21 million investment by Scottish Water, with its alliance partner Efficient Service Delivery (ESD), which will provide a single, improved water supply from Loch Ness to around 1250 customers in Fort Augustus and Glenmoriston. The project will also help to meet the needs of the area’s world-renowned tourism sector, which sees significant seasonal increases in demand for water.

Good progress is also being made with the other elements of the project, which is expected to be completed before the end of the year.

The Scottish Government has announced that enterprise projects in Dumfries and Galloway will receive a share of more than £500,000 from the South of Scotland Economic Partnership (SOSEP).

This latest tranche of funding includes £320,000 to Dark Sky Spirits to help establish a new distillery in Moffat; £143,600 to a project that aims to enhance social enterprises in the Dumfries and Galloway area and £39,500 for the Midsteeple Quarter project in Dumfries, which aims to refurbish underused and neglected High Street buildings as contemporary living, working and learning spaces.

Plans have been put forward to turn a listed Glasgow city centre office block into a 149-bedroom hotel.

Proposals were put forward to Glasgow City Council’s planning committee for the Meliá branded ‘Innside’ hotel to be developed at 250 St Vincent Street.

The plans also include creating a bar/restaurant area and a three-storey extension on the building.

If the proposals are given the green light, the development would be the first Meliá hotel in Scotland.

Three historic lodges in Edinburgh’s Holyrood Park are to be renovated into holiday homes. Tourists will be able to stay in the refurbished Meadowbank, Duddingston and Dumbiedykes Lodges.

They were built as part of the Prince Albert’s landscaping plans of the park in the 19th century.

A new planning application proposes to turn the Malt Mill in Aberdeen into a wine bar/private members club.

The building has lain empty since closing in 2016 following noise complaints.

The plans, if accepted, will see the current ground floor space turned into a wine bar, with a serving area, a number of tables and an accessible toilet.

Downstairs on the lower ground floor there would be a seating area forming the private members’ area, as well as internet hub space and a meeting room.

There would also be both male and female toilets and a patio area.

On the basement floor, which is level with Union Glen, proposals show there would be a sauna, steam room and hot tub, changing facilities, wine-tasting room, kitchen, wine cellar and toilets.