The A9 will be closed between the Luncarty Junction and the A923 Dunkeld Junction, in both directions, between 8:30 PM to 6 AM on Wednesday 12 and Thursday 13 February 2020, and if required from 10 PM to 6 AM on Friday 14 February 2020, to install the final set of precast concrete bridge beams at Gelly overbridge. 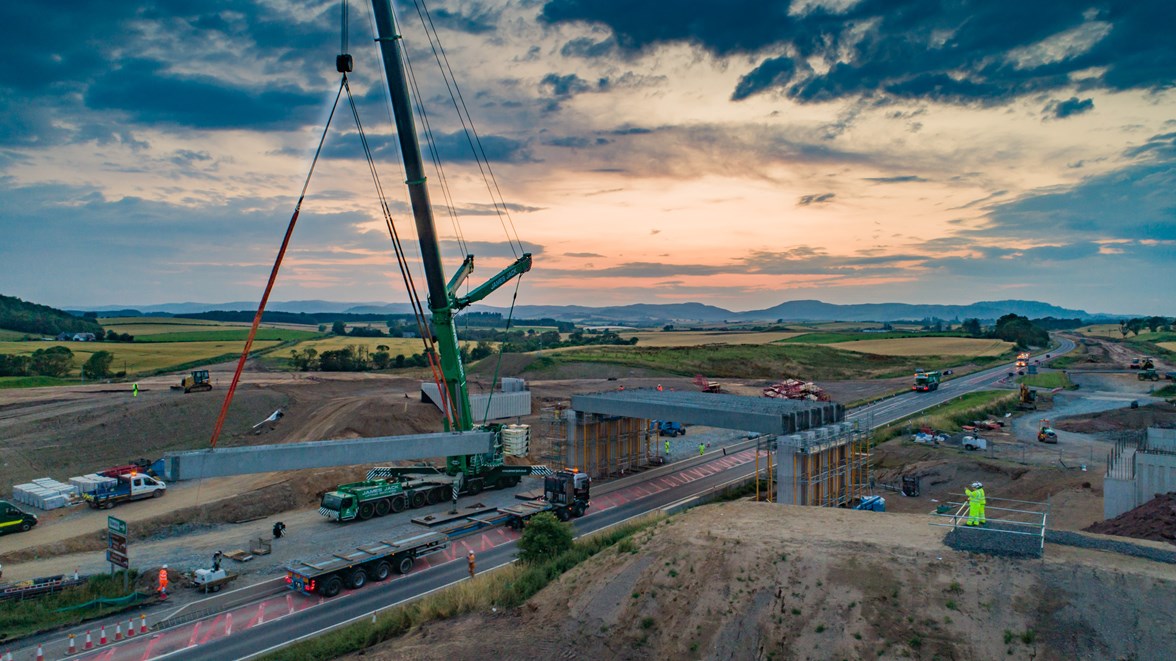 The Gelly overbridge, north of Bankfoot, is the most northern structure on the A9 Dualling project and will provide access to adjacent landowners and residents. The Gelly overbridge is also a ‘green bridge’ meaning that it will accommodate movement of wildlife across the A9.

More than half of the deck area will be landscaped to provide a safe route for a variety of wildlife to safely cross over the A9 carriageway. A number of ‘green bridges’ have been built on projects in Scotland including three on the recently opened Aberdeen Western Peripheral Route.

Councillors are to discuss options for development of the school estate in the north and north west parts of Perth, in light of major housing developments in this part of the city.

An options appraisal being put before Perth & Kinross Council’s lifelong learning committee next week was carried out to establish whether or not adjustments to existing local primary schools’ catchments could be made; and whether extending capacity at these schools would help ensure future pupils from the housing developments at Almond Valley, Bertha Park and Perth West could be accommodated there.

The four options considered have been assessed in terms of impact on pupils, the community, transport and travel arrangements, the environment and financial outlay. From this, elected members will hear that the most effective option is to build a new primary school at Bertha Park to accommodate pupils from these strategic housing sites, with its own defined catchment area.

As a result, the committee will be asked to approve this proposal and also agree that options appraisals and informal pre-consultation with existing schools in the area takes place, with the findings brought back to a future meeting of the committee.

Plans have been lodged for a mixed residential build at Aberdeen’s Salisbury Terrace to provide boarding accommodation leased to the Albyn School.

Led by Dumrossie Land Development Company, the variation of consent would adapt plans for mainstream accommodation to accommodate 16 pupils and two staff members with the ground floor left as a standalone property.

A former lock-up garage in the Great Western Road Conservation Area has been identified for the build with planning consent for six flats approved in 2012 which were never delivered.

The scheme was first submitted for planning by Michael Gilmour Associates.

An Aberdeen city centre hotel that closed its doors more than six months ago could be given a new lease of life as student accommodation.

The Bauhaus Hotel on Langstane Place has lain vacant ever since the company ceased trading in June last year.

Now a developer wants to use the 39-bedroom facility to provide temporary homes for students at Aberdeen’s two universities and further education college.

Architects Fitzgerald and Associates submitted the documents on behalf of their client Granite City Developers LLP.

A supporting statement for the potential transformation of the three-star hotel said the building offers “good-sized, comfortable and modern bedrooms” with a reception area, restaurant, bar and a conference room.