Aluminium fenestration solutions from Senior Architectural Systems have helped shape the new state of the art sports centre at the University of Stirling, with the building featuring the manufacturer’s doors, windows and curtain walling.

Designed by Faulkner Browns architects and built by Morrison Construction, the new build facility has been constructed over three levels to complement the existing landscape and maximise the links with the established national swimming and tennis centres which are located on the same site.

A key feature of the new sports centre is the extensive use of glazing which sees Senior’s thermally-enhanced SF52 curtain wall integrated with the company’s SPW600 aluminium windows. For safe and secure access, Senior’s robust SPW501 aluminium commercial doors have been used throughout.

Senior’s SF52 aluminium curtain wall system has been used on three of the building’s elevations including the striking main entrance. The slim and sleek system opens up the internal space, accentuating the central cylindrical drum in which the main gym is located and framing the vertical timber fins that surround it.  By creating both a focal point within the new sports centre and providing panoramic views of the surrounding area, the glazed façades of the building also help minimise the structure’s impact on the landscape.

Work is currently underway on replacing the existing outdated facilities at the club, which has almost 300 members.

Founded in 1868, the Club celebrated its 150th anniversary in 2018 and has a wide range of teams from five years old playing in The Micros through to seniors.

When built 50 years ago the original changing rooms were the envy of many clubs at the time but desperately needed replaced with modern accommodation.

The new facilities have been designed to be as accessible as possible with four separate changing rooms – vital now that more girls are enjoying the sport and with disabled facilities for players with additional needs.

Essential repair work on the Abbey Craig has been completed allowing a full reopening of the A907 Alloa Road earlier than planned.

The road will fully reopen to traffic today – two days earlier than the ending of the road closure notice.

A section of the road had been closed in both directions since June 7 in order for specialist contractors to make safe an area of rock fall.

This included scaling the rock face and removing loose material following the rock fall along with installing replacement safety netting.

Work was also carried out to remove a number of large fallen trees, rocks and boulders that were caught by the safety nets.

Tenants due to move into Scotland’s largest social modular housing development in South Ayrshire have been given a tour of the development factory thanks to Riverside Scotland.

The project is being delivered by Riverside Scotland and Connect Modular, a division of The Wee House Company in Dundonald, delivering 63 brand new affordable homes with a blend of house types, including one-bedroom flats, three-bedroom houses and two-bedroom amenity bungalows.

The first families are expected to move into their new homes by the end of this year and Riverside Scotland will work with South Ayrshire Council Housing services over the coming weeks to identify potential tenants.

The modular homes are 90% complete when they depart the factory with kitchens, bathrooms, plumbing and electrics installed, facilitating a significantly shorter build programme and earlier occupancy.

In comparison to a traditional build project, fabrication under factory conditions diminishes waste, improves quality, negates the impacts of adverse weather and allows for overlap of site preparation and build phases – a more efficient process all round.

The public consultation for Inshes Corridor Improvements has been extended for a further six weeks giving people up until September 10 to give their feedback.

The extra time is to allow for a face to face drop-in session to be held that will provide an opportunity to discuss the scheme. Until now the Covid-19 restrictions have precluded face to face council events but as the restrictions continue to be relaxed across Scotland, such meetings are now possible.

The date and time of the public meeting will be published shortly but until then The Highland Council is reminding everyone that they can still take part and provide their comments on all aspects of the scheme through the web portal.

The consultation is on designs proposals aimed at improving the Inshes junction and its surrounding transport corridor in Inverness.

The area included in the ‘corridor’ includes the eastern approach to the Inshes roundabout on the B9006 across the A9 flyover; access to Inshes retail park; Sir Walter Scott Drive (north and south) of Inshes roundabout and the B9006 Old Perth Road to the Fluke Junction - fronting Raigmore Hospital.

To date there has been a significant representation in opposition to the link road, shown from the Drakies Estate to the Eagle Roundabout on Sir Walter Scott Drive.

This opposition will be reported to the City of Inverness Area Committee when they consider the recommendations later this year. This link road does not have any other purpose other than creating an alternative access/egress for the residents of Drakies. The predominant east-west flow in the Inshes Corridor, at peak times, blocks traffic entering and leaving Drakies from the east. The new link was proposed to relieve this pressure and provide an alternative access for residents.

The link road is not associated with any other development in the area. Its removal or inclusion in the scheme is entirely based on the results of the consultation, subject to the approval of the Committee.

Strategic real estate advisor Avison Young has let the last vacant unit at one of Scotland’s industrial & logistics hubs, Eurocentral, on behalf of its client Hermes. 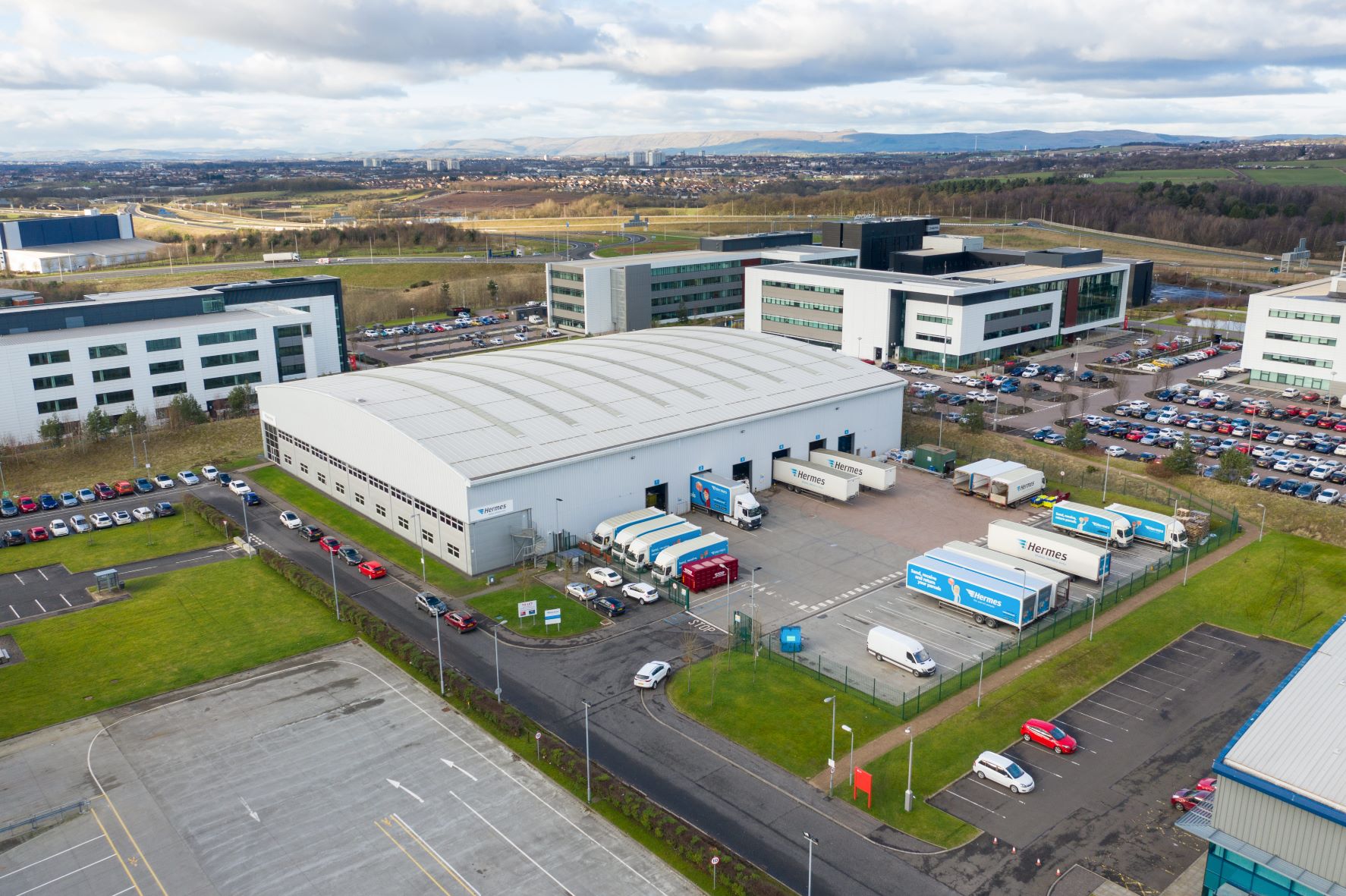 Clipper Logistics is the new occupier of Atlas on Dovecote Road, after subleasing the facility from Hermes. The unit is a modern, standalone high-bay distribution facility, comprising a two-storey office, with six drive-in loading doors and a large surfaced yard. The new location will support Clipper’s strategic expansion plans.

A gateway to the rest of the UK and Europe, Eurocentral is one of Scotland’s largest industrial hubs. The £200 million development off the M8 in North Lanarkshire is home to international businesses including Amazon, Eddie Stobart, XPO, Wincanton and Lidl UK.