Shepherd Managing Partner Steve Barnett said: “We are delighted to conclude these deals which, within the current economic climate, confirm confidence in the market for attractive investment opportunities in the right locations.

“Given the lack of high yielding modern investment stock currently within Scotland’s west coast investment market, levels of interest were strong during the marketing campaign.”

Tommy Docherty, head of property at jobs & business Glasgow, added: “JBG is delighted with these deals and thanks Shepherd for its partner-led approach and professionalism throughout the sales process.”

Ibrox Business Park comprises a group of terraced business/ industrial units, together with a two storey office pavilion, all grouped around a central courtyard. The park is secure by design, incorporating CCTV, monitored fire and safety alarm systems.

Fourteen projects across Scotland have been confirmed as the first recipients of Scottish Natural Heritage’s Biodiversity Challenge Fund, sharing a total of £1.8 million over a two-year period.

Biodiversity is all the different types of animals, plants and other organisms in our natural world. People know that climate change is a big issue but not as many know that nature – and biodiversity loss – is also a global and generational threat to human well-being. However, enhancing our nature is also recognised as being part of the solution to the climate emergency.

The funding will support large-scale projects that aim to deliver rapid change on the ground to help our most at-risk habitats and species, including mammals and birds, connect existing nature reserves and tackle non-native invasive species.

Rural affairs minister Mairi Gougeon visited a newly funded project - The Wild Line – in Edinburgh. The Wild Line is a strip of wilderness that edges the land and the sea which has become increasingly narrow due to urban development. To boost nature and resilience to climate change, a network of species rich wildflower meadows to provide habitats for pollinators will be created. On shore retrofitting artificial habitats will enhance sea defences and protect people and nature against sea level rises providing homes for intertidal species, and invasive species, which outcompete native ones, will be removed.

SNH Chief Executive Francesca Osowska said: “Nature loss is one of the key drivers of climate change – but it’s not too late to act. In fact, improving nature is also one of the solutions to the climate emergency.

“There are five areas we need to focus on to improve biodiversity – restoring our habitats, changing our use of the land and sea, reducing pollution and climate change and tackling invasive non-native species. These projects will improve nature across Scotland for all our benefit.

“We know we have a big task before us but we have been working for years with our partners to meet international nature targets. We are ready to deliver the transformational change needed to bring a nature rich future for Scotland.” 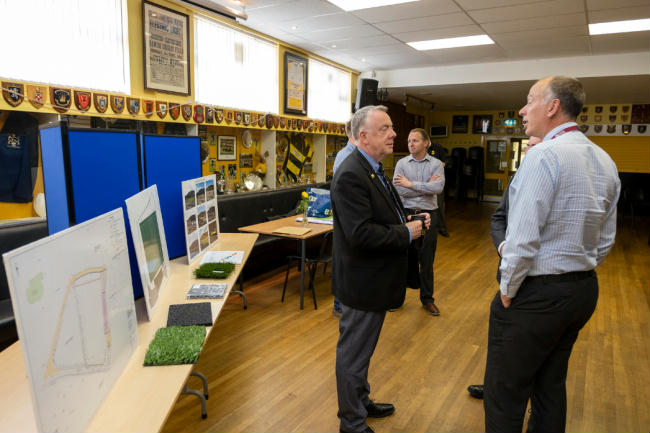 Further details on the new 3G community sports pitch in Melrose have gone on display to the public.

A community drop-in session was well attended at the Greenyards last night (Tuesday 11 June). Local people heard about the community benefits the new all year round playing surface will provide and had the chance to ask any questions they had about the project.

Scottish Borders Council (SBC) confirmed its support for the project earlier this month, with the new pitch being available to use for local sports clubs and schools.

The project is being led by SBC and Melrose Rugby with support from Scottish Rugby, with work expected to begin in July and the pitch ready to use by November this year.

The project will also see new floodlighting and a spectator walkway installed. It is estimated that the facility will lead to increased participation at all levels, as has been the case in Galashiels and Hawick with similar 3G pitch partnership projects.

“The next stages will be appointment of the contractor and then the start of the works which are expected to take place in coming weeks.

“It is fantastic to think that through working with our partners we will soon have another quality all year round playing surface available in the Scottish Borders for the whole community to enjoy.”

SBC Convener, Councillor David Parker, said: “Melrose have already carried out consultation with local schools, sports clubs and traders but it was important to provide the community with another chance to see the plans and ask any questions they had before work begin next month.

“Once the pitch is ready for use, I am sure it will replicate other 3G sport pitches installed elsewhere in the Borders, which has seen thousands of sportspeople of all ages use the facilities every year.

“The Greenyards pitch is owned by the Ormiston Trust, whose sole aim is to make sure that it provides important community facilities for all and this community investment in Melrose will certainly do that.”

The facility will also assist Melrose Rugby with its aims of becoming more community focussed and sustaining its long term future. 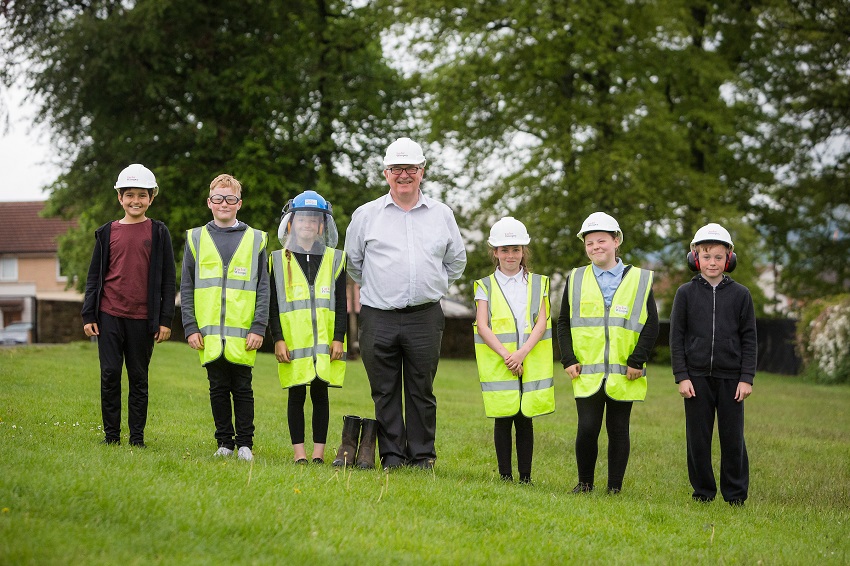 Taylor Wimpey East Scotland recently been back to school, to give the children of Gilmerton Primary in Edinburgh some reminders about health and safety.

The visit gave Taylor Wimpey an opportunity to raise awareness of the children’s need to be extra vigilant as the building of its new homes progresses.

Being proactive with local schools has proven an effective deterrent in the past as Martyn Campbell, production director for Taylor Wimpey East Scotland explains: “Health and safety in and around our construction areas is of vital importance to Taylor Wimpey.

“Taking this type of proactive approach with local schools allows us to reinforce just how important it is for children to stay away from building sites, and it gives us the chance to remind the children that building sites are not playgrounds.”

Alet Bouwer, acting head teacher, at Gilmerton Primary School, adds: “I was delighted to welcome the team from Taylor Wimpey into our school to highlight the dangers associated with children playing near any construction site.

“It’s great that Taylor Wimpey understands the importance of our children’s safety, and created such an interactive and proactive approach to appeal to our pupils.”

Reports are being discussed at all five area partnership meetings in the region, setting out the plans in more detail.

The issue was on the agenda at the Berwickshire (6 June), Teviot and Liddesdale (11 June) and Tweeddale (12 June) meetings with Cheviot up next on 19 June and Eildon on 27 June.

A new £342k playpark was recently unveiled at Harestanes Countryside Visitor Centre near Ancrum. It follows on from parks in Galashiels (£292k), Oxton (£60k), Stow (£30k) which have opened in the last year. A state-of-the-art playpark was also opened in Hawick in 2017 as part of a major regeneration of Wilton Lodge Park.

Children in Coldstream will be next to enjoy new facilities with a £250k playpark opening in Home Park later this month, followed by Kelso where work should start this summer.

Plans are also being taken forward for a new playpark and skate park in Peebles, costing £520k in total.

And money is also being invested in Hawick, Duns, Eyemouth, Earlston and Jedburgh over the next four years.

Find out more about area partnerships, including dates, times and venues at www.scotborders.gov.uk/areapartnerships