Developers behind a planned 65-bed care home in Aberdeen have appealed to the Scottish Government. 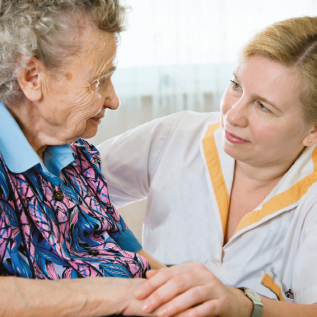 The proposed home next to the Marcliffe Hotel was rejected by councillors last year, and now developers have lodged an appeal to have that ruling overturned.

The North Deeside Road hotel and Meallmore Ltd applied for the 65-bed care home on unused land adjacent to the city’s International School.

There had been five letters of objection, including from nearby medical practices, whose staff raised concerns about their ability to cope with increased demand from the elderly patients.

Councillors were told that the developers had pledged more than £39,000 for Cults Medical Practice to help them expand in order to treat the influx of patients.

But concerns were also raised over the potential felling of 54 mature trees to clear the way for the development, The Press & Journal has reported.

All construction at the Kintore Station has been stopped.

The new Kintore station was on course to open in May, reconnecting the town to the rail network for the first time in five decades.

Network Rail’s board decided Thursday night to halt and shut down all enhancement works on the railways, including Kintore Station.

A spokesman for project leaders McLaughlin & Harvey, said: “We have now agreed to a ‘pause’ in the works to align with the rest of society and close down for a period to lessen the impact of this virus.

“There will be a small project team who will remain to carry out security checks and respond to any adverse weather, so don’t be alarmed if you see workers onsite.”

Plans to build a new petrol station in Rosyth near the M90 motorway have been withdrawn.

Earlier this year, Transport Scotland called for the proposal to build the station at Fairykirk Road to be refused due to concerns about road safety.

The government agency also felt that the facility, which would be next to the trunk road that’s one of the busiest in West Fife, could impede the “free flow of traffic”.

There were more than 20 objections to Euro Garages Ltd’s plans to build a new filling station and create 30 jobs at the site, which is next to the A985 Admiralty Road and the roundabout linking to the M90 motorway.

A planning application was submitted to Fife Council last summer.

New figures show the equivalent of 90% of Scotland’s electricity consumption now comes from renewable sources - an increase of 14% year-on-year.

Only around a quarter of the energy used in Scotland is electricity.

Residents from Tain to Nairn and Badenoch and Strathspey will benefit from the scheme as demand for food parcels across the north continues to rise.

The introduction of the services was made possible after an £8,000 donation from Tulloch Homes – which has currently paused its own work due to government advice.

The housebuilder will donate £1,000 a week to the charity for the next two months to provide relief to those in need.

Staff from Blythswood Care’s main depot in Evanton are being drafted in to help deliver the packages.