Affordable housing builder McTaggart Group has been announced as finalists across seven categories of the Scottish Homes Awards 2019 including ‘Housebuilder of the Year (more than 100 units)’ for the second year running. 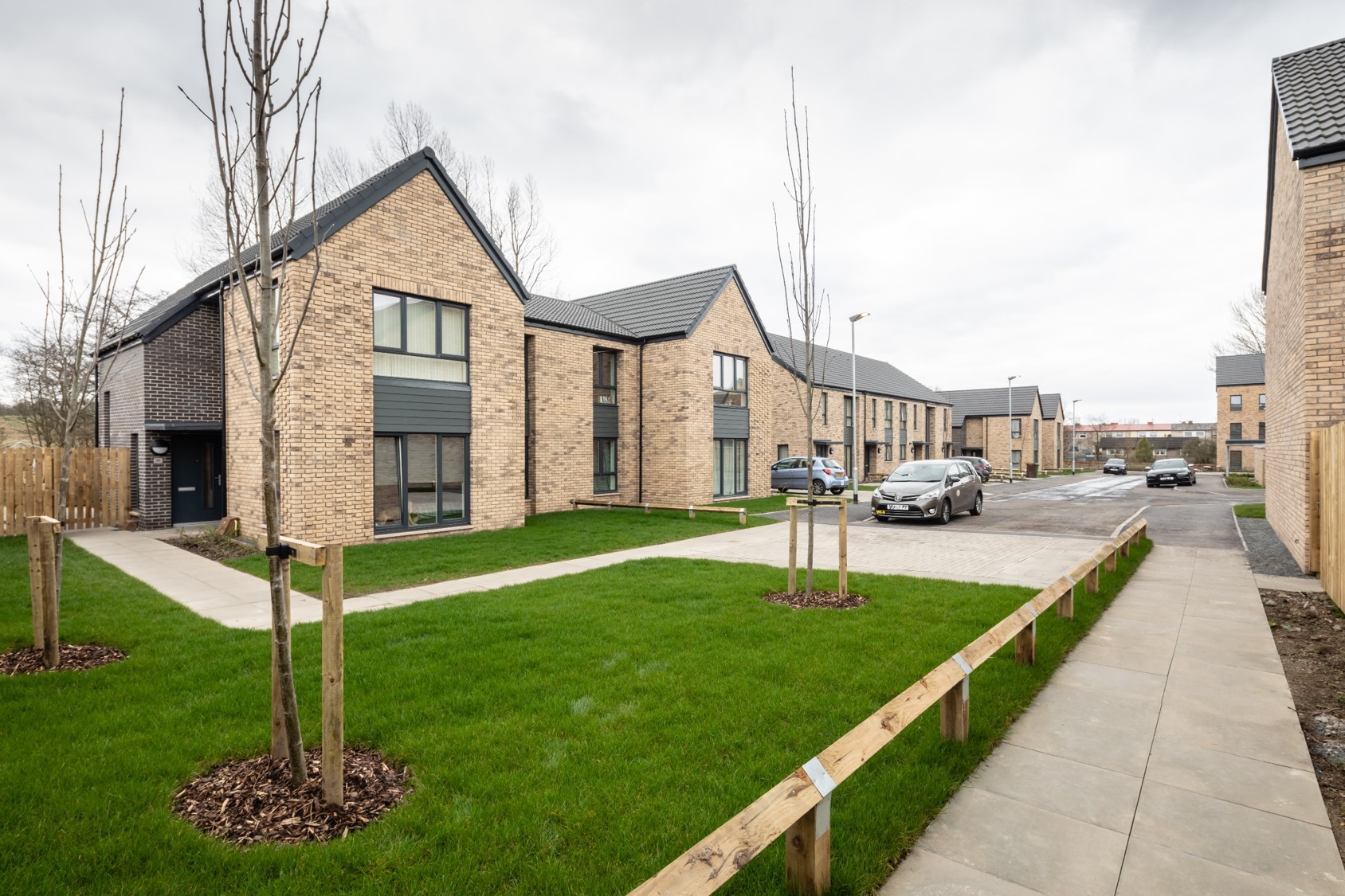 McTaggart Group was winners of the ‘Community Contribution Award’ at last year’s event.

The winners will be announced at an awards dinner which takes place on Thursday the 13th of June 2019 at the DoubleTree by Hilton Hotel in Glasgow.

The event marked the start of construction of 36 affordable rental homes for retirement living.

Williamson Street builds on Link’s successful delivery of its innovative retirement living model, which has seen two projects complete to date and a further four currently on-site, including Williamson Street.

The project has been funded by £3.6 million grant funding from the Scottish Government, £2.5m private finance from Link, and £188k from Falkirk Council.

The ambitious conversion of a semi-derelict building into one of Scotland’s most energy efficient affordable housing developments has been shortlisted for a national award. 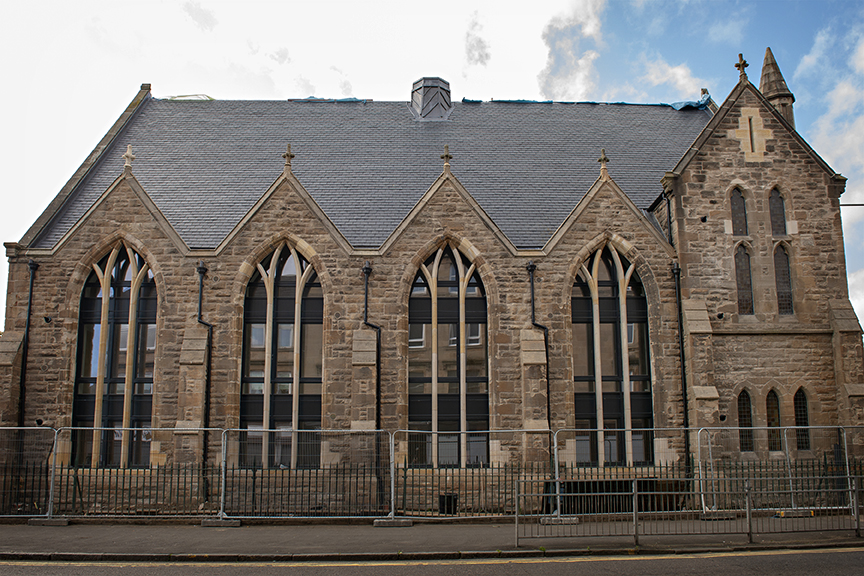 The development will compete against eight other finalists in the Small Affordable Housing Development of the Year for social rent category in the Scottish Home Awards 2019.

The church, to be renamed Cunningham House after the Association’s former chief executive Chris Cunningham, was built by contractor Stuart & Shields and designed by architects Page\Park with John Gilbert Architects as Passivhaus designer.

The redevelopment saw the conversion of the original church building into 14 amenity flats, with a glazed link to the five Passivhaus certified homes in the new build five-storey tower.  All 19 homes are designed and built to extremely high standards of energy efficiency, air tightness, and insulation.

Passivhaus technology reduces the loss of heat from a building, resulting in a minimal requirement for heating, with most of the heating needs covered by ‘passive’ sources such as the solar gain, the building’s appliances and its inhabitants.  For residents, this will mean a dramatic reduction in fuel bills.

Residents will also benefit from the Association’s Retirement Housing Service and the first tenants will move in from June.

Winners of the Scottish Home Awards 2019 will be announced on June 13 at a black tie ceremony at the DoubleTree by Hilton Hotel in central Glasgow.

An ambitious target for Edinburgh to become carbon neutral by 2030 has been set by the City of Edinburgh Council.

Alongside the bold carbon target, the Corporate Policy & Strategy Committee report sets out a three-phased plan for delivering an ambitious and innovative citywide approach to sustainability - in a bid to safeguard the health and wellbeing of current and future generations as well as the sustainable prosperity of the city as a whole.

The Sustainability Approach report was considered by councillors yesterday.

Plans have been lodged to turn a former Aberdeen shop into flats.

The M and R store on Great Northern Road, which was previously a sandwich shop and a newsagent, could become two one-bedroom self contained apartments under the proposals.

The new plans were submitted this week by Bill Young on behalf of Mazar Hussain.

Floor plans show there would be an open-plan living room and kitchen, with the ground floor flat having a separate bathroom and the upper property an en-suite bathroom.

If accepted, works including the infill of the existing shop front and alterations to rear windows would be carried out.

A series of drop-in sessions are being held later this month to update local communities and road users on the ongoing design work for dualling the 26 mile section of the A96 between East of Huntly and Aberdeen.

Following options exhibitions last October, the number of options has now been reduced and local residents will have a chance to see and comment on the proposals being taken forward.

A preferred option should be identified by the end of this year.

Details of the drop-ins which are all taking place from 12 noon to 7 pm:

Children can now enjoy playing together in the fresh air thanks to the recently installed play park at Urban Union’s Muirton Living development. 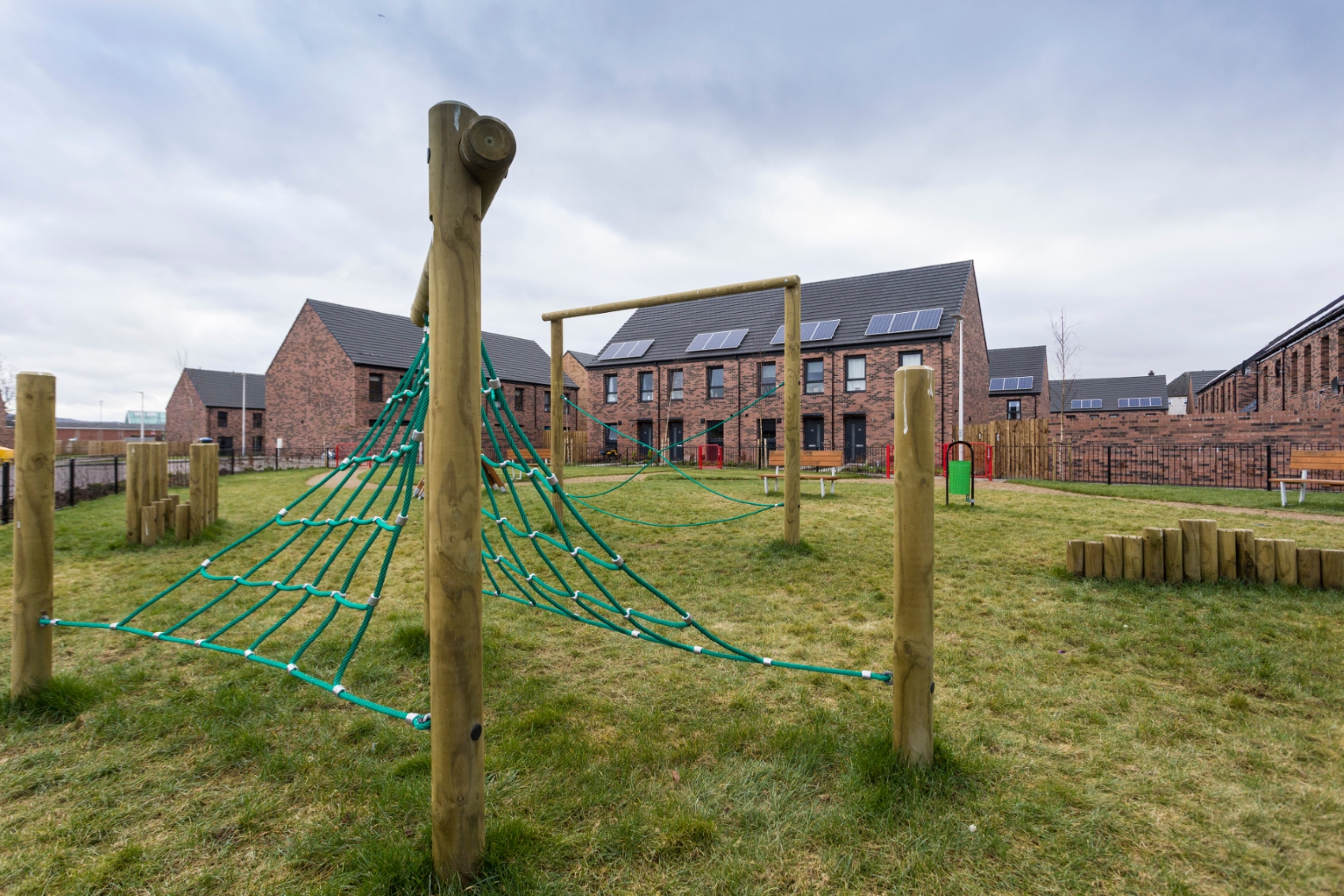 Set within the new housing development, the shared park fosters a sense of community and offers an opportunity for families to socialise within the neighbourhood while their children enjoy playing on the slides, swing sets and mini-spiders web.

The new play park will provide a safe and fun place for children to play outdoors in the warmer weather over the coming summer months.

By installing the park, Urban Union hopes it encourages socialising between both the children and adults at Muirton Living, allowing them to get to know their neighbours and make friends with those living around them.

The regeneration of Muirton has seen Urban Union deliver 203 vibrant properties to the area in Perth. The collection of one, two, three and four bedroom homes and apartments have been designed with modern living in mind.