As DJ Laing Homes’ new development begins to flourish at Castle View, Dundee, its new showhome offers homebuyers a glimpse into what life could be like in this sought after area.

The company said its interior of The Grayson, designed by Millers of Carnoustie, illustrates picture-perfect living and showcases the spacious rooms found within this beautiful four-bedroom property.

This joint venture between both local companies has continued from the previous site at Malt Loan, Carnoustie.

Some of Europe’s brightest students of building engineering and architecture have attended a one-day summit at New College Lanarkshire. 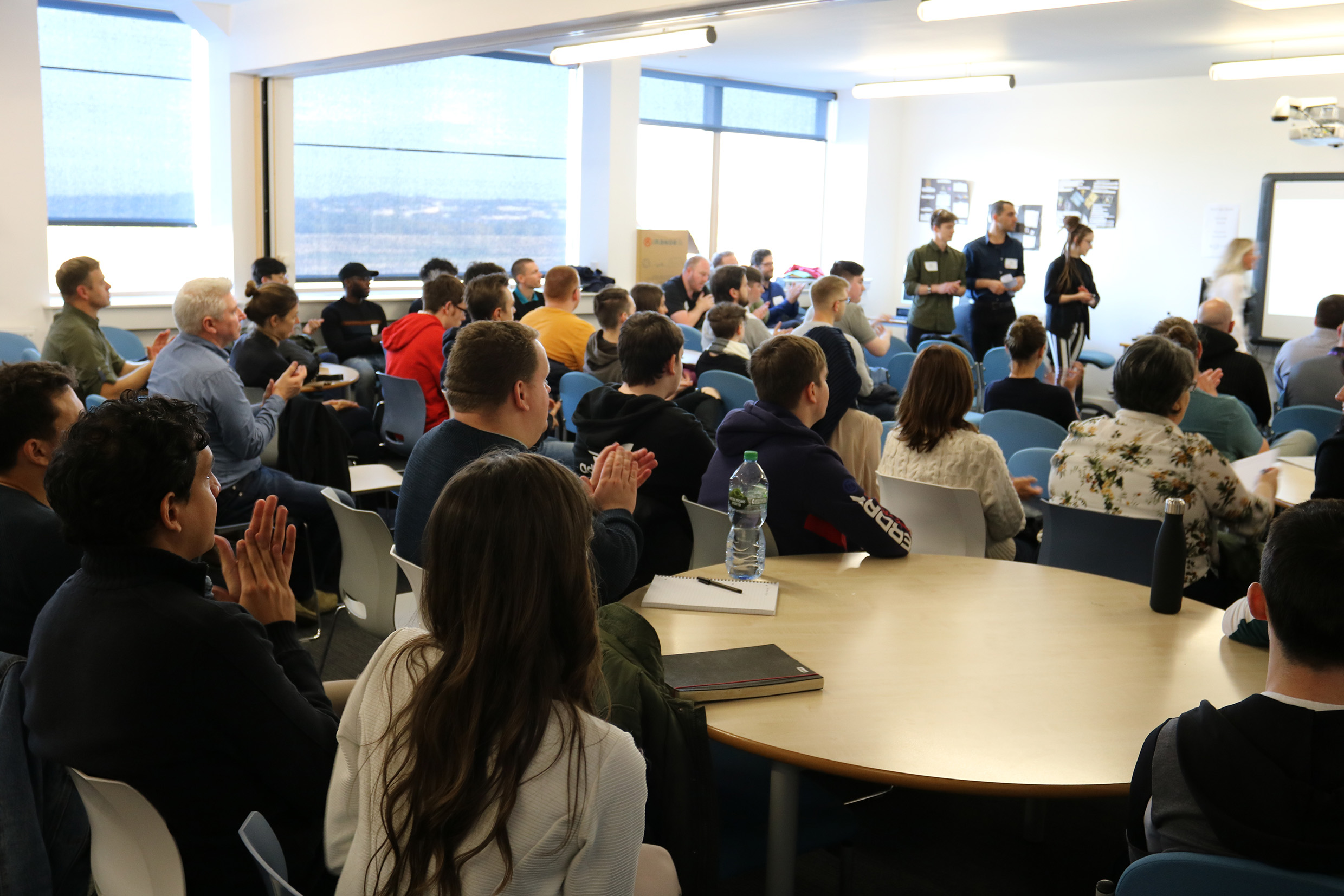 The BILT Academy 2019, which was held this week, saw more than 100 students and academics drawn from across the continent descend on the College’s Motherwell Campus.

The sold-out event featured a mix of talks and workshops from global industry experts who showcased new technology practices in addition to developments in software and project management.

The summit paves the way for the BILT Europe 2019 conference, which takes place in Edinburgh October 10th-12th, and is a prestigious gathering for professionals currently shaping the built environment.

Organised by the Digital Built Environment Institute (DBEI), the academy and conference are part of a series of only four events to be staged across the globe in 2019, with similar BILT symposiums held earlier this year in Shanghai, Melbourne and Seattle.

The event began with a keynote speech from Wesley Benn, the founder of DBEI, before students were directed to a series of 90-minute workshops.

The £1.57 million Hawick Conservation Area Regeneration Scheme (CARS) has been launched today in the town.

Funded by Historic Environment Scotland (£1.314m), Scottish Borders Council (£200k) and the South of Scotland Economic Partnership (£60k), it is hoped that, in conjunction with private sector investment in building repairs, the direct spend through the scheme will be more than £2m over the five-year programme.

The main focus for the regeneration scheme is to help conserve and enhance historic town centre buildings, address issues with key properties, target bringing empty properties back into use, and encourage general repairs to others within a defined town centre area.

Six priority buildings, identified during the CARS bid process by the community-based Hawick CARS Steering Group have been included in the CARS programme, with a total budget of over £627,000 allocated to support traditional building repairs.

Grant funding totalling £450,000 over the five years will also be available for other town centre property owners to undertake traditional building repairs.

Other important elements of the scheme include reinforcing and enhancing awareness of the town’s rich history and heritage through community heritage projects, as well as the development of a programme of traditional skills training to enhance construction skills locally to look after the town’s historic environment for the future.

The Church of Scotland is to consider selling almost half of Aberdeen’s churches as it aims “to reshape the church estate”.

A 10-year review of its estate recommends 15 buildings for disposal, with 15 being retained and the future of a further three under consideration.

Staff members from CALA Homes (West) have carried out a community clean up around a new housing development in Erskine.

The clean up was initiated as part of Renfrewshire Council’s Spotless September initiative.

The team took to the streets with their litter pickers and bin bags and carried out a clean-up of the area surrounding the new Florish Road homes.

Liana Canavan, sales and marketing director at CALA Homes (West), said: “It’s really important to us to get involved in the local community in the areas we’re building in, so it was a pleasure for the team to get out and about and do something positive for the local area.

“The Spotless September initiative was a fantastic idea and we’re very proud to have been a part of it.”