LAR Housing Trust has officially opened its newest development, which has been transformed for a group of tenants with learning disabilities and autism.

The project to completely refurbish a disused block of six two-bed flats in the Niddrie area of Edinburgh will offer a safe environment for tenants, some of whom have been in hospital for over 20 years.

LAR’s chief executive, Ann Leslie, said: “This was a major project to completely overhaul a derelict building and make it safe for our tenants. We worked very closely with the City of Edinburgh Council and the team at the Edinburgh Health and Social Care Partnership to make sure the flats were suitable for those in their care.”

Mark Grierson, disability support & strategy manager at the Edinburgh Health and Social Care Partnership, said: “I’d like to pay tribute to Lar for creating an environment that has been designed around individuals and that will offer a greater quality of life to them. This will be the first opportunity for some of the tenants to live safely in their own community and without the incredible attention to detail from the team at Lar it simply wouldn’t work.”

The tenants are expected to move into their new homes during September. 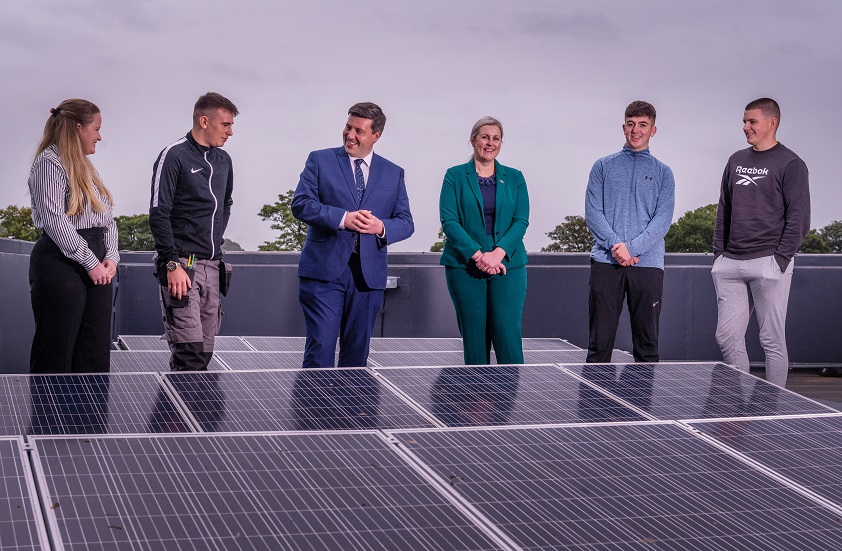 Mr Hepburn met with the senior college team and was given a tour of the facility, which includes two green energy classrooms and the college’s innovative and sector-leading digital care hub.

The Minister also took in the hydrogen vehicles, electro-hydraulic control, and electric vehicle charging point connection that the college is proud to have at its Dumfries Campus.

Several students involved with the Green Energy Skills Academy also met with Mr Hepburn to discuss what the Academy will do for them.

Principal Joanna Campbell gave a presentation outlining the Academy’s ambition for the future and unveiled a commemorative plaque to mark the official launch.

The Minister was highly impressed by the new facility and congratulated Dumfries and Galloway College for its continued dedication to promoting a green future in the South of Scotland.

Under the leadership of Principal Joanna Campbell and her team, Dumfries and Galloway College has become a sector leader in green skills and energy, enjoying success at the prestigious Green Gown Awards, and is working hard to put its bright, positive, and dynamic vision for the future into practice.

Refurbishment of the Ptarmigan building on the Cairngorm plateau is underway after owner Highlands and Islands Enterprise (HIE) approved an investment of up to £780,000.

The building, which includes the UK’s highest restaurant, as well as a shop, exhibition space and viewing platforms, has been closed to the public since the funicular was taken out of service in 2018.

The aim is to meet the needs of the anticipated increase in visitor numbers following the reopening of the funicular next year.

The building’s viewing terrace will be made accessible to visitors on arrival. There will be significant improvements to the catering areas including new fixtures and fittings, and redesigned dining, servery and bar areas.

The exhibition area will be upgraded with 3D technology offering an interactive and interpretive experience. It will include 270-degree panoramas so visitors can ‘see’ the landscape even when it’s obscured by conditions.

The space will be adaptable for bespoke functions, such as educational group visits, live sporting events, and scheduled exhibitions.

Over the next three years the upgraded building is expected to create more than 12 full time equivalent posts.

The refurbishment started this week and due to be completed around the end of the year.

On the 474th anniversary of The Battle of Pinkie Cleugh, Friday 10 September 2021, Taylor Wimpey East Scotland welcomed East Lothian Provost John McMillan to the first official viewing of two ‘larger than life’ sandstone soldier sculptures that have been created to recognise the rich heritage and history of the local area.

He was joined by representatives from various local community groups including The Old Musselburgh Club, The Pinkie Cleugh Battlefield Group and the Pinkie Cleugh Tapestry Project to see these majestic pieces of work situated on Battlefield Road, the site of the battlefield where the last great battle took place between the kingdoms of Scotland and England.

The impressive stone soldier sculptures were created by local East Lothian sculptor Gardner Molloy and they form an important part of the public realm within Taylor Wimpey’s Almond Park development in Musselburgh.

On Friday 10 September, 198 property professionals from across the UK travelled to Drumlanrig Castle on the Queensberry Estate, Dumfries & Galloway, to take part in the 2021 Buccleuch Property Challenge, raising over £20,000 for Borders Children’s Charity in the process. 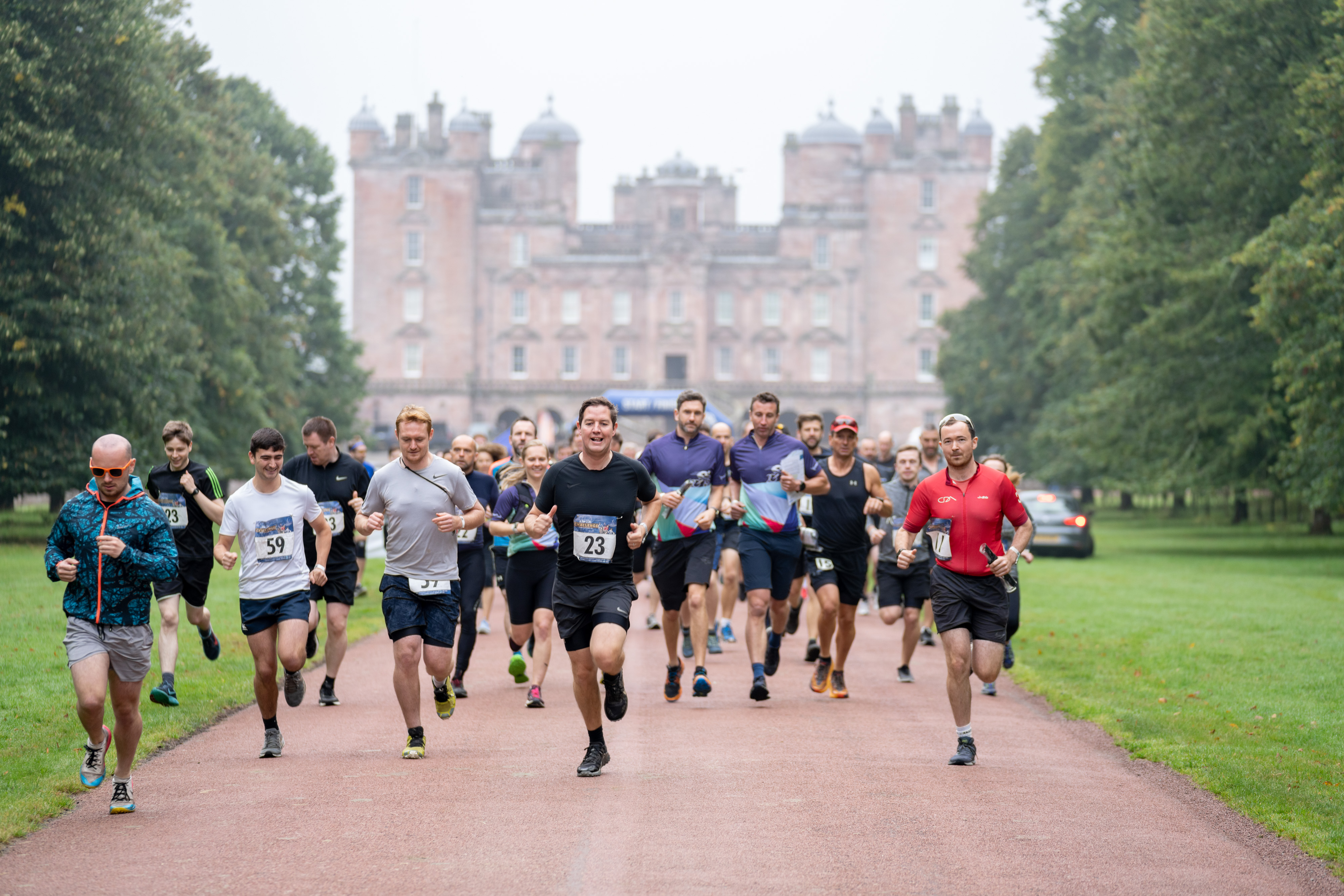 Breaking the fundraising target of £10,000, the money raised through the Challenge will help Borders Children’s Charity continue to support children experiencing poverty or distress in the Scottish Borders.

Competing in groups of three, 66 teams took on the adrenaline-fueled adventure race, designed by BlueSky Experiences to be a mental and physical test of fitness over a distance of 40km. With new challenges added each year, participants took part in mountain biking, running, paddle boarding, wild swimming and orienteering, as well as axe throwing, Highland games and conquering a number of skills-based activities.

Leading the way were “Paulls of Stone” from Burness Paull, LLP whose team of three rose to the Challenge in just 3 hours and 51 minutes, to take the gold medal in the mixed team category. The single male team gold medal winners, “Going for Silver”, a team from Buccleuch Property, closely followed, crossing the finish line after 4 hours and 32 minutes. The female single trophy was won by representatives from Borders Children’s Charity with a time of 6 hours and 5 minutes.