Drum Property Group, developers of Buchanan Wharf in Glasgow, has agreed a 20-year lease with the Student Loans Company (SLC) for a 75,000 square foot headquarter office housing up to 1100 staff at the Clydeside development.

SLC will also work with the Government Property Agency to facilitate the co-location of up to 600 civil servants as part of the UK Government Hubs Programme.

The UK Government’s presence in Glasgow is also expected to significantly increase with hundreds of Civil Service jobs relocating to the city over the next few years as part of the Places for Growth initiative.

SLC’s new HQ office represents the final building at the award-winning Buchanan Wharf site in Glasgow city centre - also home to the Barclays state-of-the-art Northern Europe Campus and an 18-storey residential complex for Legal & General - marking an important step in the regeneration of one of Scotland’s biggest ever development projects.

With the construction of Barclay’s campus HQ completing later this year, and the 324-apartment complex completing in 2022, when complete the site will encompass more than a million square feet of prime Grade A office space, residential accommodation, local amenities and landscaped public spaces.

The Glenburn Hotel Limited in Rothesay on the Isle of Bute, which owned the historic Glenburn Hotel and which was placed in administration in August this year, is to be marketed for sale at offers over £1.1 million.

Stuart Robb, partner with FRP Advisory and joint administrator of The Glenburn Hotel Limited said that there has already been strong interest in the hotel with enquiries being received from across the UK and internationally.

Originally built in 1843, the Glenburn Hotel opened in 1892 as Scotland’s first Hydropathic Hotel. The hotel was extensively refurbished in 2016 and features around 121 guest rooms, ballroom, restaurants, bars, terraced gardens and holiday cottages.

The administration had been caused by unsustainable cash flow problems arising from a combination of increased operating costs and a collapse in revenue due to the pandemic with the hotel being closed since November 2020. 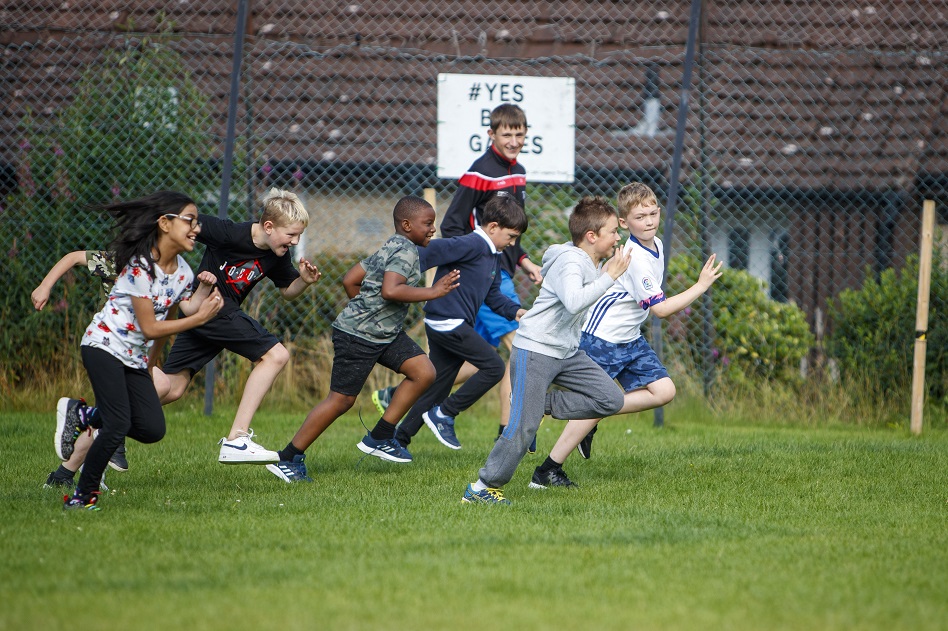 The programme, aimed at children aged seven to 13, provides professional athletic coaching and fun ways to become more physically active free of charge for deprived communities in the region. The sessions have also been expanded to cater for children with disabilities, providing inclusive sessions that everyone can take part in.

Each AAAC coaching session will run for one hour across 40 weeks, with the CALA bursary helping to cover costs such as facilities hire, and new sporting and first aid equipment.

The funding will also be used to help recruit and train coaching volunteers from the communities, providing them with the opportunity to potentially continue hosting athletic sessions for local children and promoting a healthy and active lifestyle in the area.

The donation was made as part of the CALA Homes (North) £10,000 Community Bursary initiative, which has helped a total of seven local groups, charities, and organisations this year.

Average house prices in Scotland reached a new record level of £207,877 in July, according to the latest House Price Index from Walker Fraser Steele.

July saw the largest increase in average price in a month since March 2015, with prices up by £6,000.

This is the largest increase in a month since March 2015 - just prior to the introduction of the Land and Buildings Transaction Tax in Scotland the following month.

The average house price has increased by some £20,550 - or 11.0% - over the last twelve months. This is 2.5% higher than the 8.5% recorded one month earlier. The annual rate had been slowing over the previous three months from a high in March 2021 of 11.4%. But it is the continuing strong performance of larger properties that is supporting the current growth.

One of the main reasons for the current upward movement in prices is a result of the lifestyle changes associated with “working from home”, which has brought about a shift in housing preferences to larger properties - with space for home working - rather than commuting to-and-from one’s place of work.

The demand for larger premises continues to be strong, and for some includes moving to Scotland from London, or from other major cities in the UK and beyond. However, the supply of larger homes in Scotland remains thin, with strong competition for those properties that do come onto the market.

Last month, Walker Fraser Steele noted that the ending of the LBTT tax holiday in March 2021 made little difference to the high-value end of the housing market, with the number of purchases of £750k plus homes in June 2021 actually exceeding those of March 2021 (see Page 5).

The firm suggested that this was probably due to the level of tax saving being limited to £2,100 in Scotland (compared to a saving of £15,000 in England), which is a relatively small sum in relation to a property costing £750k.

The tax holiday was therefore more likely to influence buyer behaviour at lower price levels, with purchases at £250,000 qualifying for the maximum tax savings. With the number of lower-priced sales falling in July, due to the purchase of such homes having been brought forward into the earlier months of the year, this will have had the effect of raising the average price of the properties that were purchased in the month.