The development of a £19 million cruise berthing and visitor centre at Greenock Ocean Terminal has been awarded funding from the Glasgow City Region City Deal. 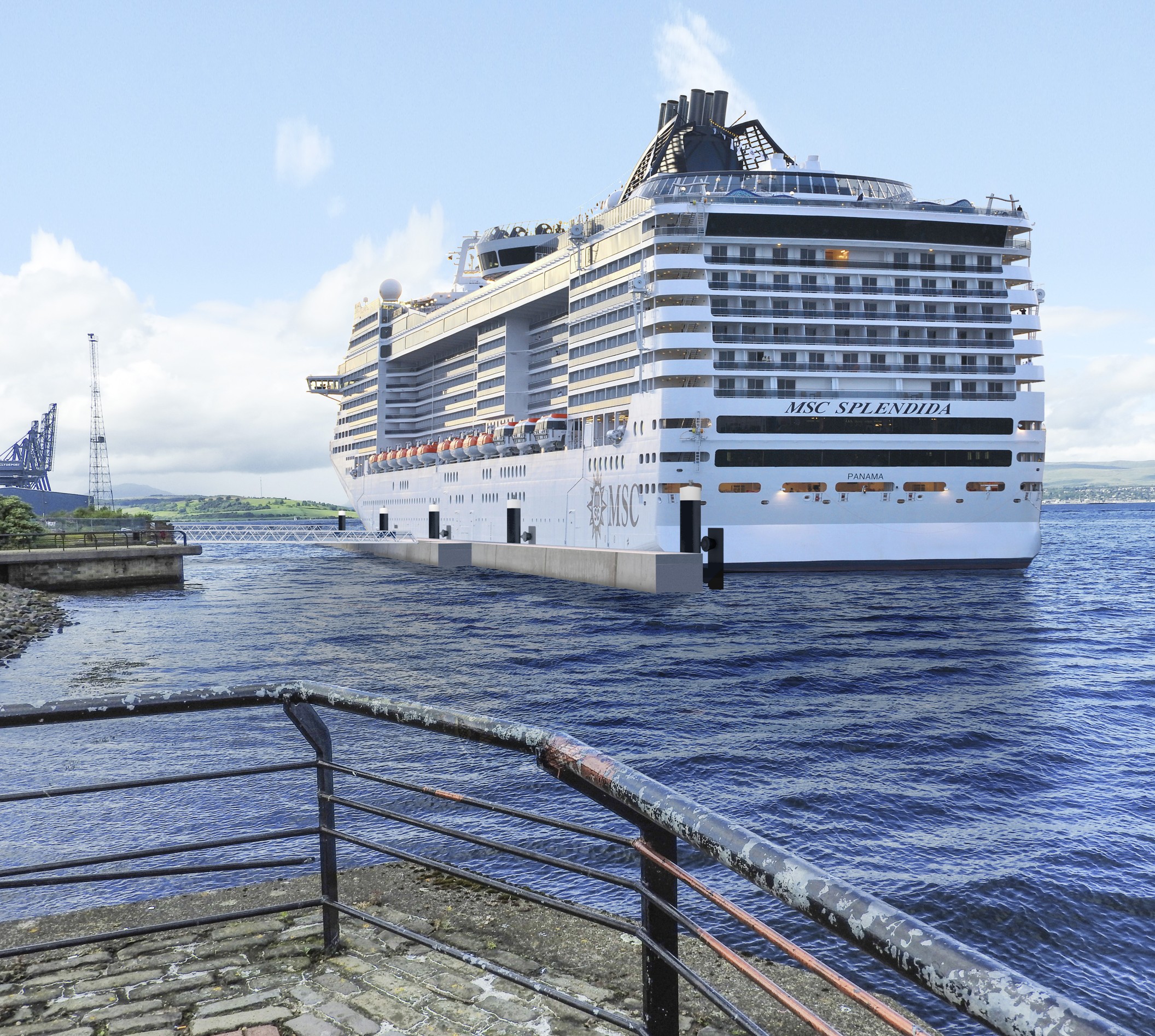 A contribution of £9.693m from its overall £1 billion pot was agreed by the City Deal cabinet at its June meeting.

The balance of the Marine and Landside Works will be paid for by Greenock Ocean Terminal operator Peel Ports (£8m) and the George Wyllie Foundation via arts funder the Dunard Trust (£1.5m).

The news comes as early stages of site work begin on the overall project, which is led by Peel Ports and Inverclyde Council.

The development, which is scheduled for completion in summer 2020, will boost the number of cruise ship passengers welcomed to Scotland through the successful Greenock facility.

It will allow up to 150,000 passengers per annum to pass through Greenock Ocean Terminal, delivering £26m in annual visitor and crew spend to the Scottish economy.

In addition to the cruise berthing and the visitor centre designed by Richard Murphy Architects, the plans also include a purpose-built gallery celebrating the work of legendary Inverclyde artist George Wyllie and a restaurant with panoramic views across the Clyde.

Peel Ports Clydeport port director, Andrew Hemphill, said: “The confirmation of City Deal funding comes as the Terminal celebrates its 50th birthday. This overall investment is crucial to the remarkable growth of cruise traffic to Greenock, allowing us to create a welcoming and comfortable environment for passengers.

“Year on year, we are building a major cruise business on the Clyde and, thanks to the success of Greenock Ocean Terminal, more people than ever are taking a cruise to Scotland.

“Who 50 years ago would have anticipated the level of success we’ve had in bringing the world’s biggest container and cruise ships to Greenock? Now we are about to expand our capability further to attract thousands more visitors every year with the new development, up to 150,000 cruise passengers annually. It’s fantastic news for Inverclyde and for Scotland.”

Inverclyde Council leader Councillor Stephen McCabe added: “The project is part of the Glasgow City Region City Deal and aims to boost the capacity at Greenock Ocean Terminal for cruise ships.  The addition of a restaurant and Wyllie Gallery will help to provide a year-round attraction for visitors to Greenock and Inverclyde.

“As a key City Deal project, the new visitor centre at Greenock Ocean Terminal aims to make a significant contribution to economic growth and international tourism across the wider city region area.”