North Lanarkshire Council has granted planning permission in principle for a new cinema and restaurant complex in Cumbernauld. 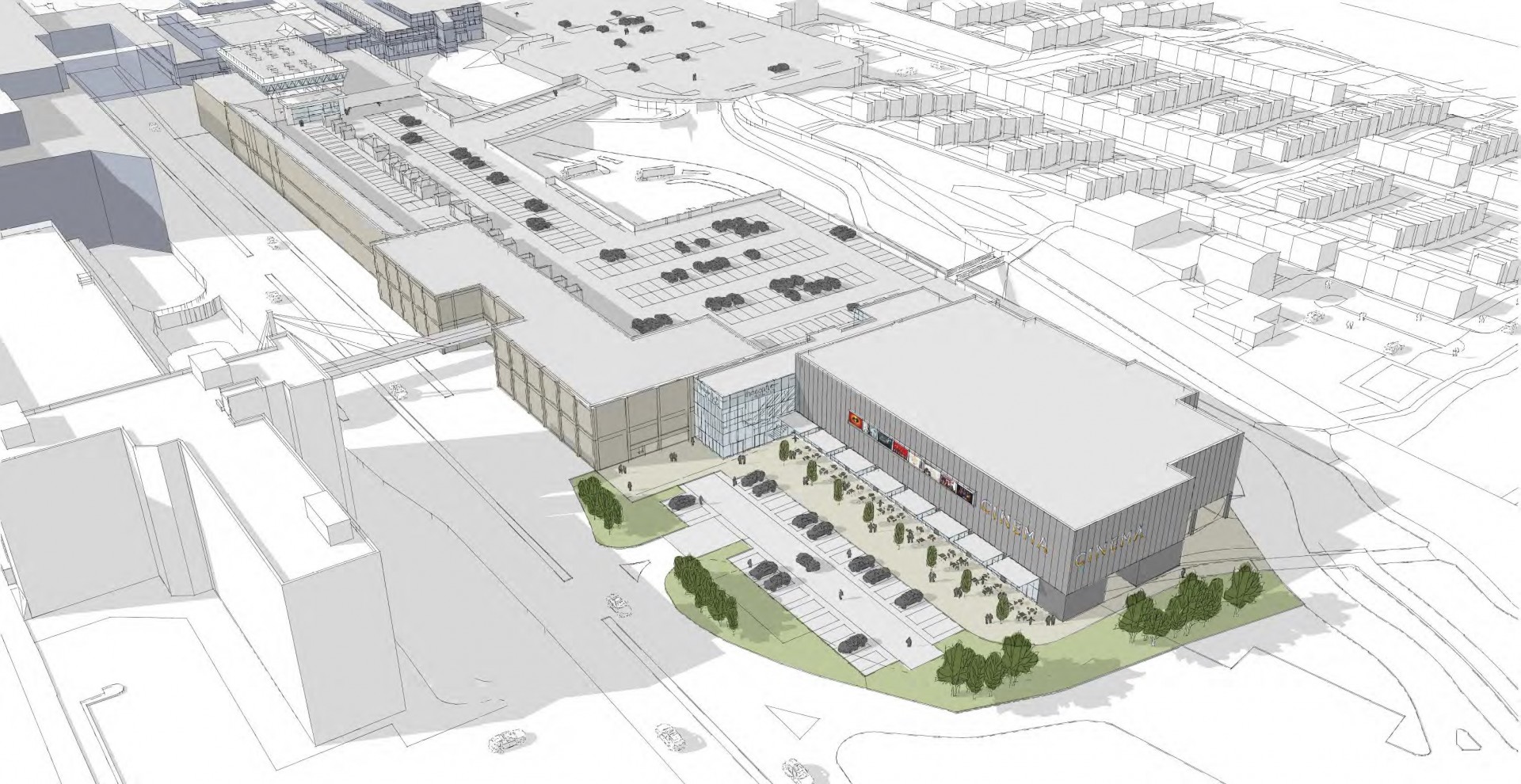 Set to include four family restaurants, a ‘Tier 1’ eight-screen cinema with 1,168 seats, and dedicated car parking, the leisure complex would rise on the site of an existing car park at the Teviot Walk Mall.

Designed by CDA on behalf of Hamcap (Cumbernauld) LLP, the project will also feature a new glazed entrance atrium which could host a relocated St Enoch’s Clock.

Outlining its decision the local authority stated: “The proposal accords with the relevant policies in the Local Plan and it is considered that it has been demonstrated that the proposal, in terms of traffic generation and parking provision, is acceptable in principle.”

A detailed planning application will now be prepared to finalise the design, layout and landscaping of the centre before final approval is sought.