Concept designs for a planned pedestrian crossing which will connect Govan and Partick have been unveiled.

To be funded through the £1.13 billion Glasgow City Region City Deal, the 110m bridge across the River Clyde will renew the historical connection between the two areas. 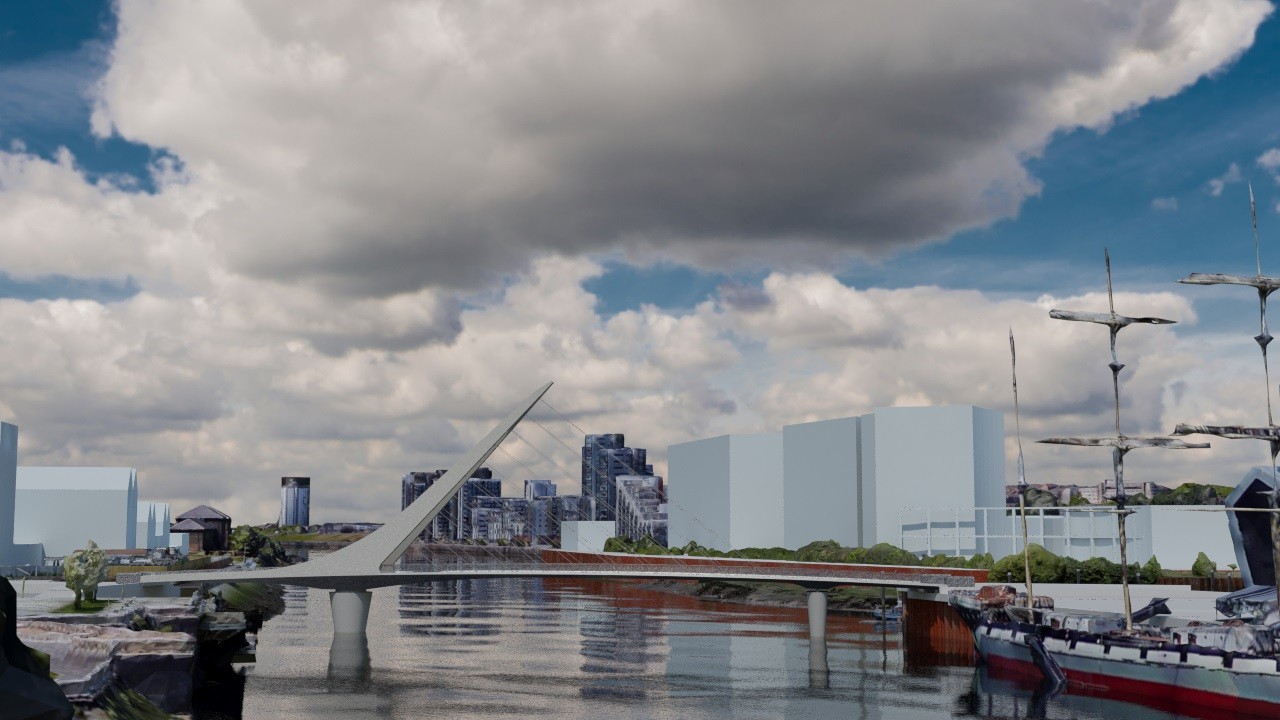 The cable-stayed swing design will be able to open to ensure that vessels such as Waverley will still be able to berth up-stream.

The bridge will span from Water Row in Govan on the south bank to an extended quay wall on the north bank of the river near the Riverside Museum.

Global engineering consultancy CH2M Hill was appointed to undertake the design in 2017. 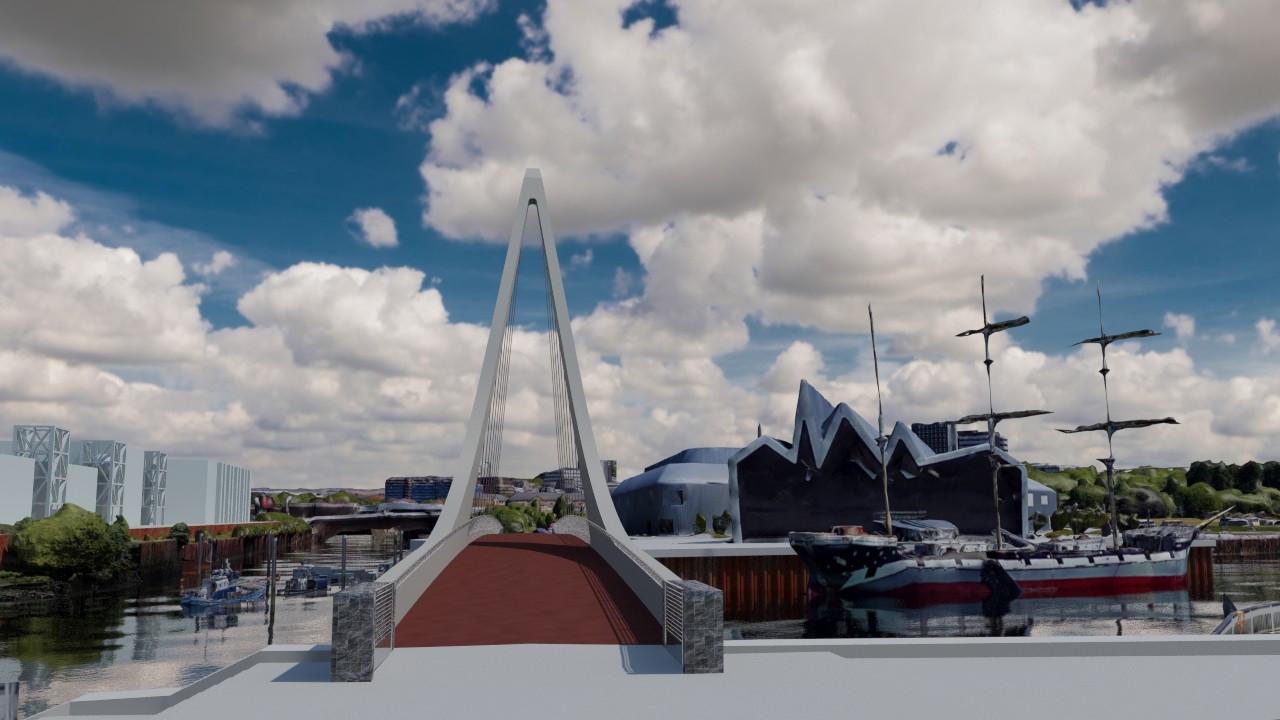 Councillor Susan Aitken, leader of Glasgow City Council and chair of the Glasgow City Region City Deal Cabinet, said: “The bridge connecting Govan and Partick will see the West End and the South Side of the river reconnected, opening up new opportunities for these communities.

“The development of the Waterfront and West End Innovation Quarter stretching from Byres Road and the University of Glasgow over to the Queen Elizabeth University Hospital will see the bridge and the areas around it at the very heart of what promises to be a key area of growth for the city.”

The crossing forms part of the £56.85 million Water Row Masterplan which was considered by the local authority this week.

Ground investigation works are complete and a full planning application is set to be submitted this year.

It is hoped the bridge could be open to the public in 2021.