The development of The Event Complex Aberdeen (TECA) has reached another major milestone, as the energy centre that will provide the facility with clean, sustainable, and reliable energy goes live.

The multi-million-pound venue, which is being delivered by Aberdeen City Council and its development partner, Henry Boot Developments (HBD), is being constructed by Robertson Group. 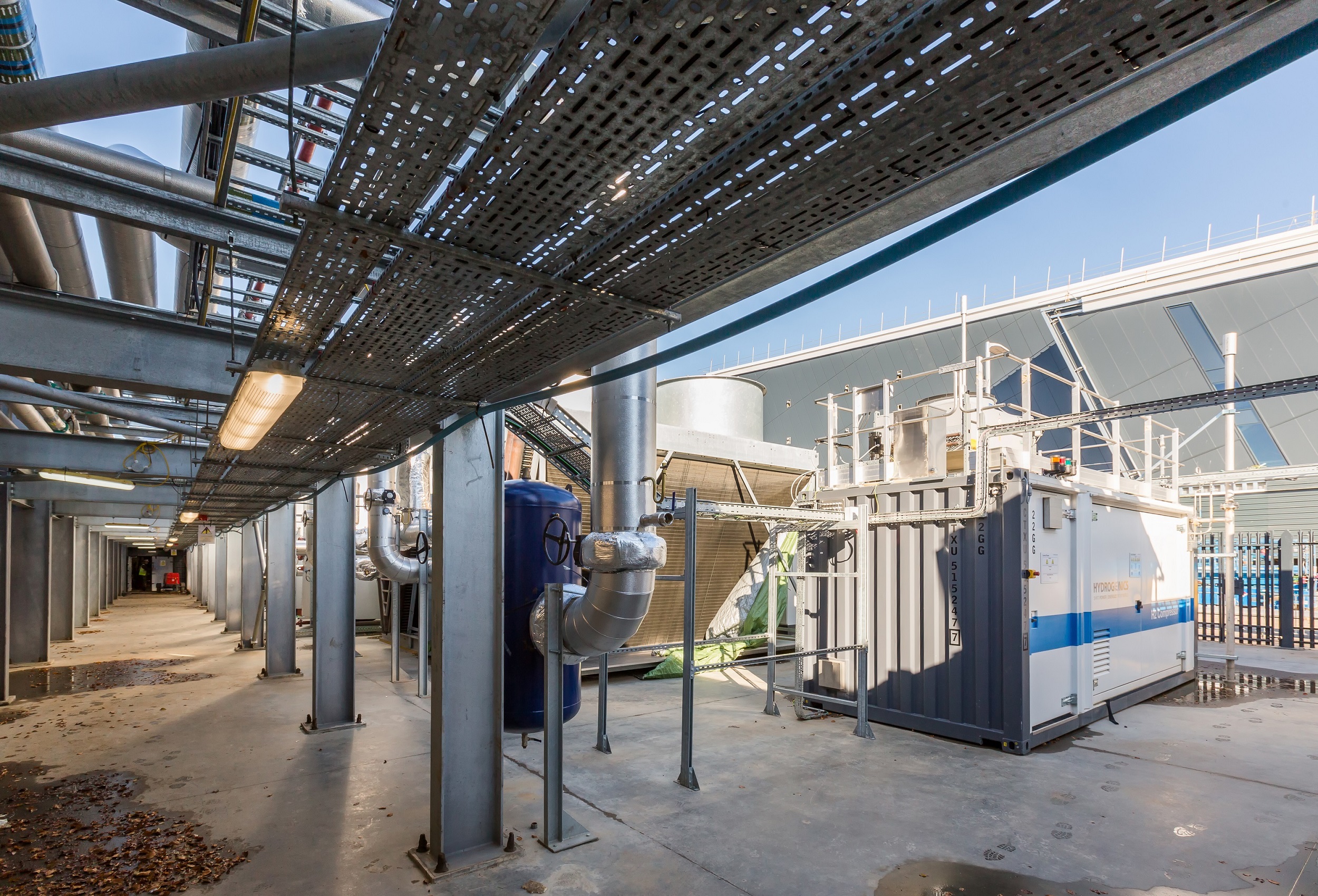 It will open this summer, providing a new world-class facility for Scotland close to Aberdeen International Airport and the new city bypass.

The 12,500-capacity main arena will host conferences, exhibitions and music concerts, and is expected to attract major artists and events to the city. The facility will also boast three further conference/exhibition halls, four multi-purpose conference rooms, and nine meeting rooms.

The energy centre’s combined cooling heat and power (CCHP) facility will use various technologies to provide power, heat, and cooling to TECA. At the heart of the CCHP is the largest hydrogen fuel cell installation in the UK. Originally pioneered by organisations such as NASA, fuel cell technology now provides a well-proven commercial heat and power solution, delivering significant air quality improvements over conventional power generation methods.

An anaerobic digestion plant will use Aberdeen’s food waste, agricultural crops, and waste products to produce renewable biofuel which will also feed into the CHCP.

The energy centre has the potential to be expanded to supply sustainable energy to the remainder of the wider masterplan development area and surrounding neighbourhoods.

Aberdeen City Council co-leaders, Councillor Douglas Lumsden and Councillor Jenny Laing, said: “Aberdeen is already a world-class city for energy production and energy innovation, so it is entirely fitting that we continue this expertise with our own new world-class venue.

“There is an increased focus on renewable energy as part of our Regional Economic Strategy and the energy centre at the TECA complex is a fantastic example of using it in a large-scale development.

“TECA will play a big part in the future economy of the region by attracting global events and acts and in turn increasing numbers of visitors from local, national and international markets, so it is fitting that the complex can also show these visitors how the city is leading on renewable energy sources.”

Nick Harris, director of HBD in Scotland, said: “At the beginning of this project, Aberdeen City Council’s brief to us was that TECA should be one of the most modern and sustainable venues in the UK. After looking at all the options it became clear that generating green energy in an on-site energy centre was the best way to deliver that aim.

“It’s fantastic to see this vision become a reality as the energy centre goes live – from now on, it will meet TECA’s annual heat, power and cooling demands sustainably and reliably. Because the energy centre is based on a modular solution, it can even address seasonal variations in demand for energy and provide flexibility for future expansion.”

Robertson chief executive officer Derek Shewan added: “Completing construction of the energy centre marks another significant milestone in this landmark project. With our partners, we are building a world-class conference and exhibition centre and the new energy centre will ensure it is powered sustainably.”

TECA is expected to contribute an additional 4.5 million visitors, £113m of visitor spend and £63m net Gross Value Added to the Scottish economy.  It will also result in the creation of 352 full-time-equivalent permanent positions by year 10 of operations.