Almost 150 new homes are set to be developed on top of existing apartment blocks in London thanks to a joint venture between a housing association and a developer. 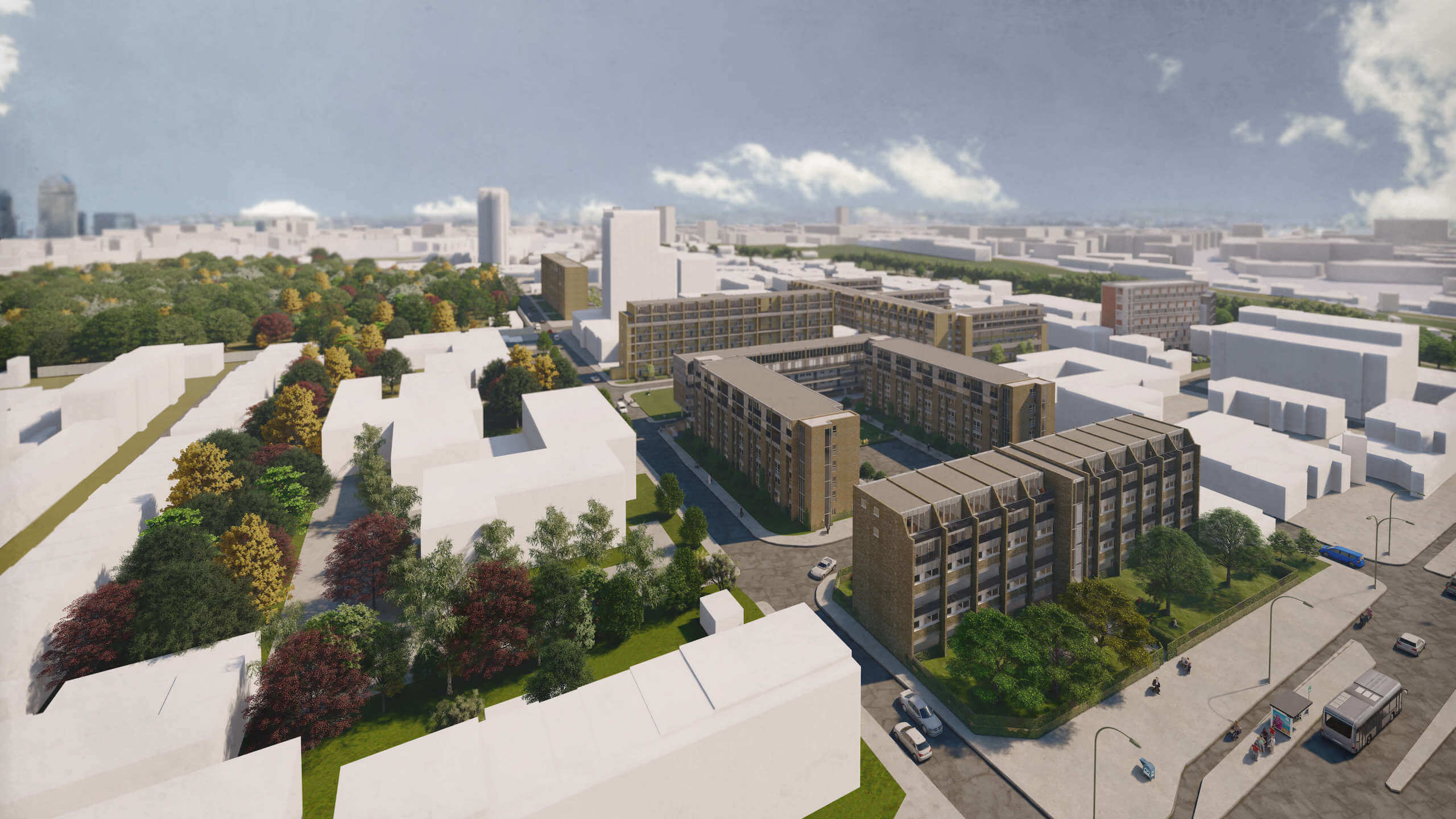 EastendHomes, which owns 4,000 homes in Tower Hamlets, has entered a joint venture with Gracewood Group in order to deliver what it is calling “the largest airspace development scheme in the UK”.

The ‘Mile End – Rooftop Development & Regeneration’ project will see the Eric and Treby Estates regenerated with 142 new homes, of which 78% will be affordable. The studio and one, two and three-bedroom homes will sit two-storeys high, atop five existing low rise apartment blocks, with a further 11 apartments being developed in a former garage space.

As part of the project there will be significant improvements to communal areas, landscaping and play spaces to enhance the public realm, including upgrades to play equipment, as well as creating 251 new cycle parking spaces.

Sutton Housing Society and Populo Living are among other London-based social landlords to have announced plans to develop homes on the roofs of existing developments.