Scottish Government ministers have given the green light to plans by Murray Estates for a significant economic investment in West Edinburgh. 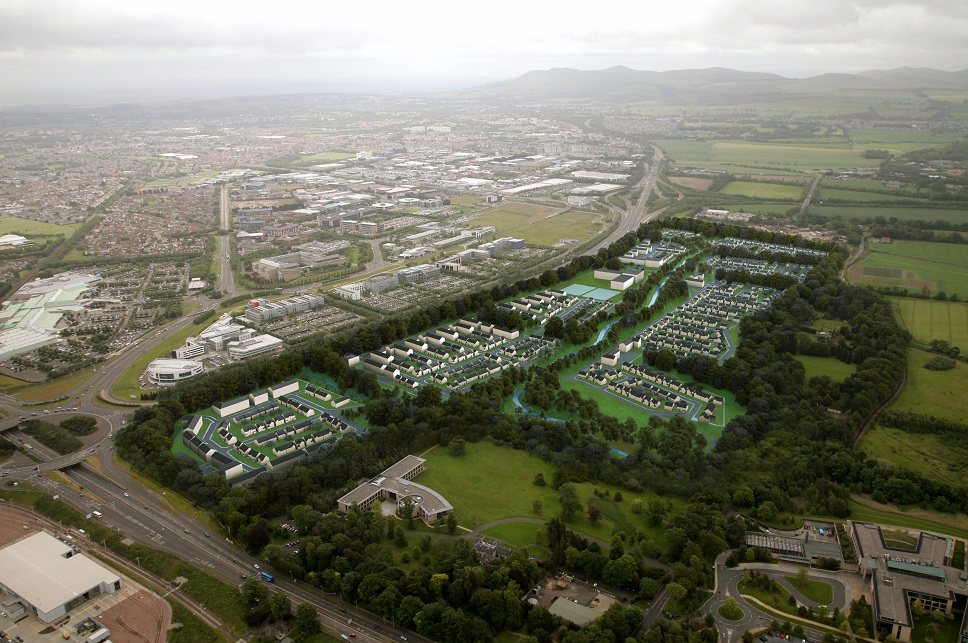 The first phase of the Garden District – Redheughs Village – is set to deliver 1,350 new homes of various types, 330 of which will be affordable, as well as associated supporting infrastructure and significant local road improvements. The development will also provide a new primary school, neighbourhood centre, convenience retailing and a 40-acre park for the community.

Ministers approved the proposal following the reporter’s recommendation. They concluded that the development is sustainable, would contribute significantly to housing land supply, and is located in close proximity to public transport links.

The plans will now be subject to detailed planning from City of Edinburgh Council.

The first phase of the Garden District proposal has been in the planning process since 2015.

It was approved 10 votes to one by City of Edinburgh Council’s planning committee in May 2016 and endorsed 35-17 by the full council in June 2016.

Objections from Royal Bank of Scotland and Science & Advice for Scottish Agriculture (SASA) were withdrawn ahead of the proposal being referred to the Scottish Government for final determination.

It is estimated that the development will support nearly 150 FTE jobs by year five and maintain 137 jobs sustainably from its ninth year onwards.

David D. Murray, managing director of Murray Capital Group, parent company of Murray Estates, said: “The country’s entire focus is, quite rightly, on tackling the immediate health and economic crisis caused by the COVID-19 pandemic. However, as the health emergency subsides, the scale of the economic one will become clearer and attention turns to how we address that.

“Shovel-ready projects like the first phase of the Garden District development, which represents a £450 million investment in the Scottish economy, will be key to supporting the longer-term economic and societal recovery. The decision is perfectly timed in that regard.

“We are delighted to have the Scottish Government’s support, and look forward to working with them and others as Murray Capital continues to invest in Scottish enterprises and major projects.”

Jestyn Davies, managing director of Murray Estates, added: “We are delighted to be delivering much needed and high quality housing for Edinburgh and will begin work on the site infrastructure once we have secured detailed planning and it is safe to do so.”