An application has been lodged to convert a former warehouse in Dundee city centre into three retail units and 28 flats.

The proposals tabled with Dundee City Council by Brechin-based architects A B Roger and Young feature artist’s impressions of a six-storey corner building in Trades Lane between the former HSS tool hire store and the old DP&L building in South Marketgait. 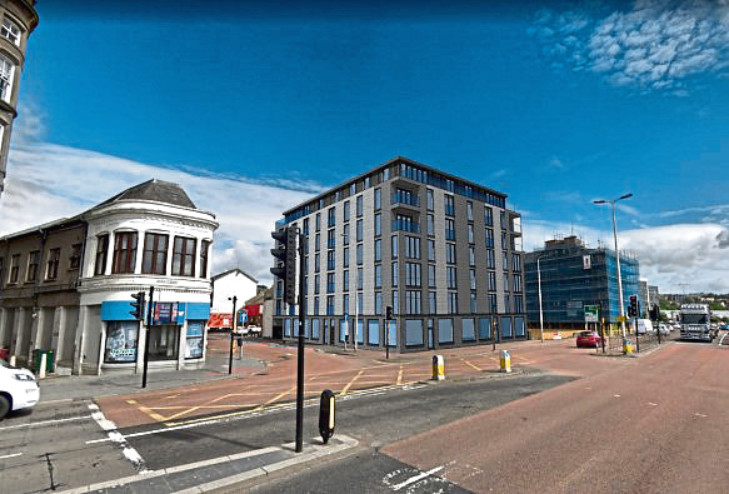 Floors one to five would incorporate 25 two and three-bedroom flats, with a further three penthouse flats on the sixth floor, each with three bedrooms.

Private parking will also be provided for 11 cars.

The statement adds: “The proposal aims to deliver a high-quality modern development within the vibrant context of Dundee city centre that establishes a positive relationship with the surrounding context and brings a new active use to the site which will remove an abandoned eyesore and continue with the regeneration of Dundee.

“It would deliver effective high quality housing on a brownfield site within Dundee city centre.

”The proposal would enhance the character and amenity of the area.” 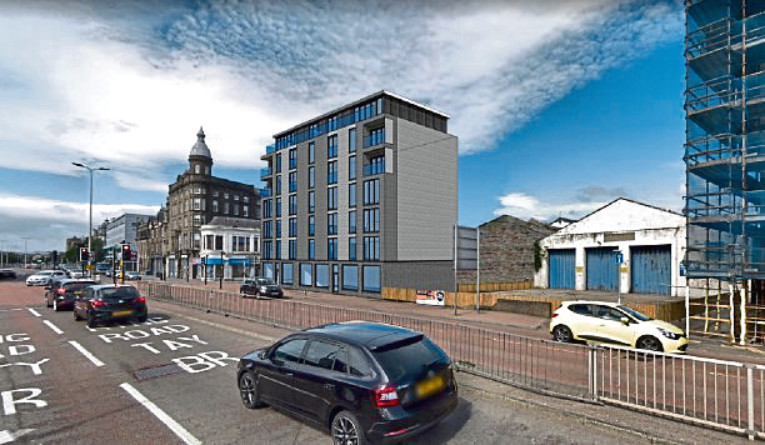 The other end of Trades Lane, directly opposite the Seagate bus station, is currently closed as work to build a seven-storey building with a further 28 two-bedroom flats and ground floor commercial units is carried out.

Alison Henderson, chief executive of Dundee and Angus Chamber of Commerce, said the building would be a welcome addition to the regeneration of the city centre.

She told the Evening Telegraph: “This sounds like an excellent use of an unkempt, derelict site close to the Waterfront.

“I welcome that it’s being suggested for mixed use and given its location I think there would be demand.

“Given that the nearby DP&L building is also being refurbished it will give that area a far better appearance.

“It will help to fill all the units leading into the city centre and will encourage people to frequent the area.”

Tags: Dundee, A B Roger and Young