GHA is behind newly submitted plans to create 48 homes for mid-market rent at Milton in north Glasgow. 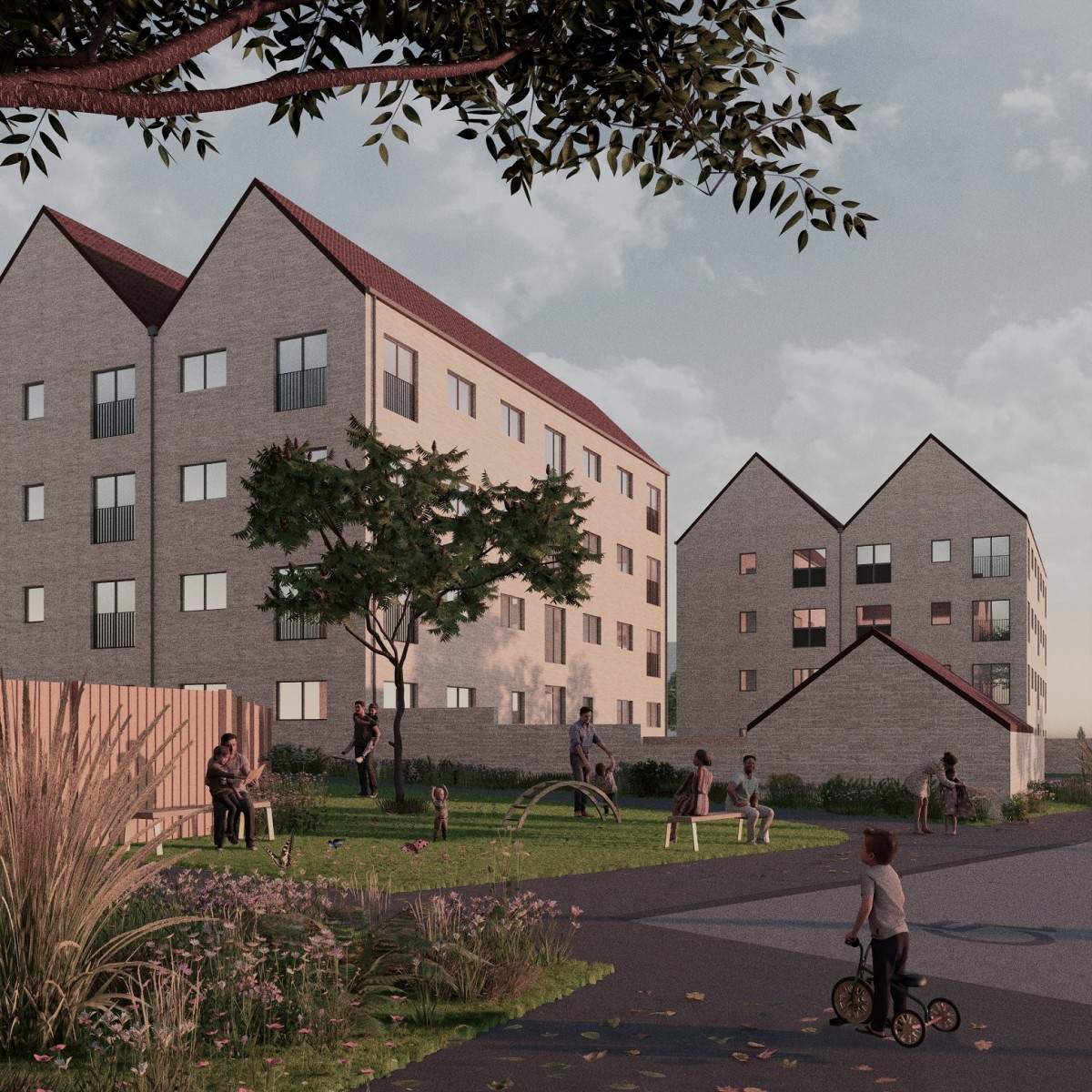 Three blocks are proposed for a site on the corner of Ashgill Road at Colston Road which is currently occupied by the Association’s local office and a city property depot, both of which are soon to be redundant.

Designed by Collective Architecture, forty of the flats would have two bedrooms and eight would have one bedroom. 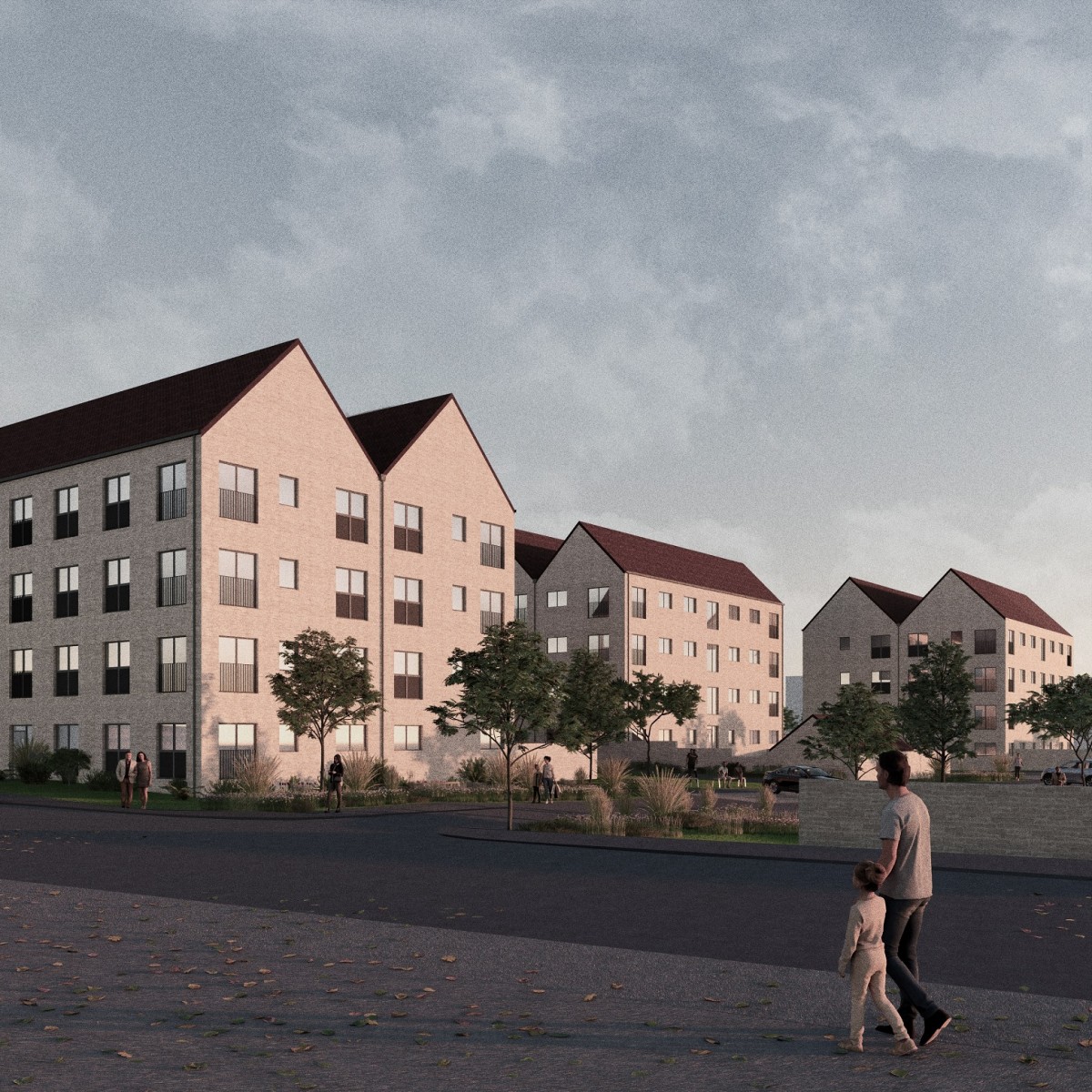 A design statement submitted with the application revealed: “The concept is for three similar-scale blocks positioned and orientated to create positive outdoor spaces between, further defined by the brick walls continuing out from the buildings.”

“The final proposed design capitalises on the site location and prominence creating a strong key gateway. The building position and sheltering walls define and protect a series of amenity and private garden spaces and the site is permeable with a series of linked attractive safe spaces,” it added.