Glasgow charity gets the gift of light from Cube Glass

An award-winning charity operating in one of Glasgow’s most challenged suburbs is receiving an enlightening boost from glazing systems provider Cube Glass. 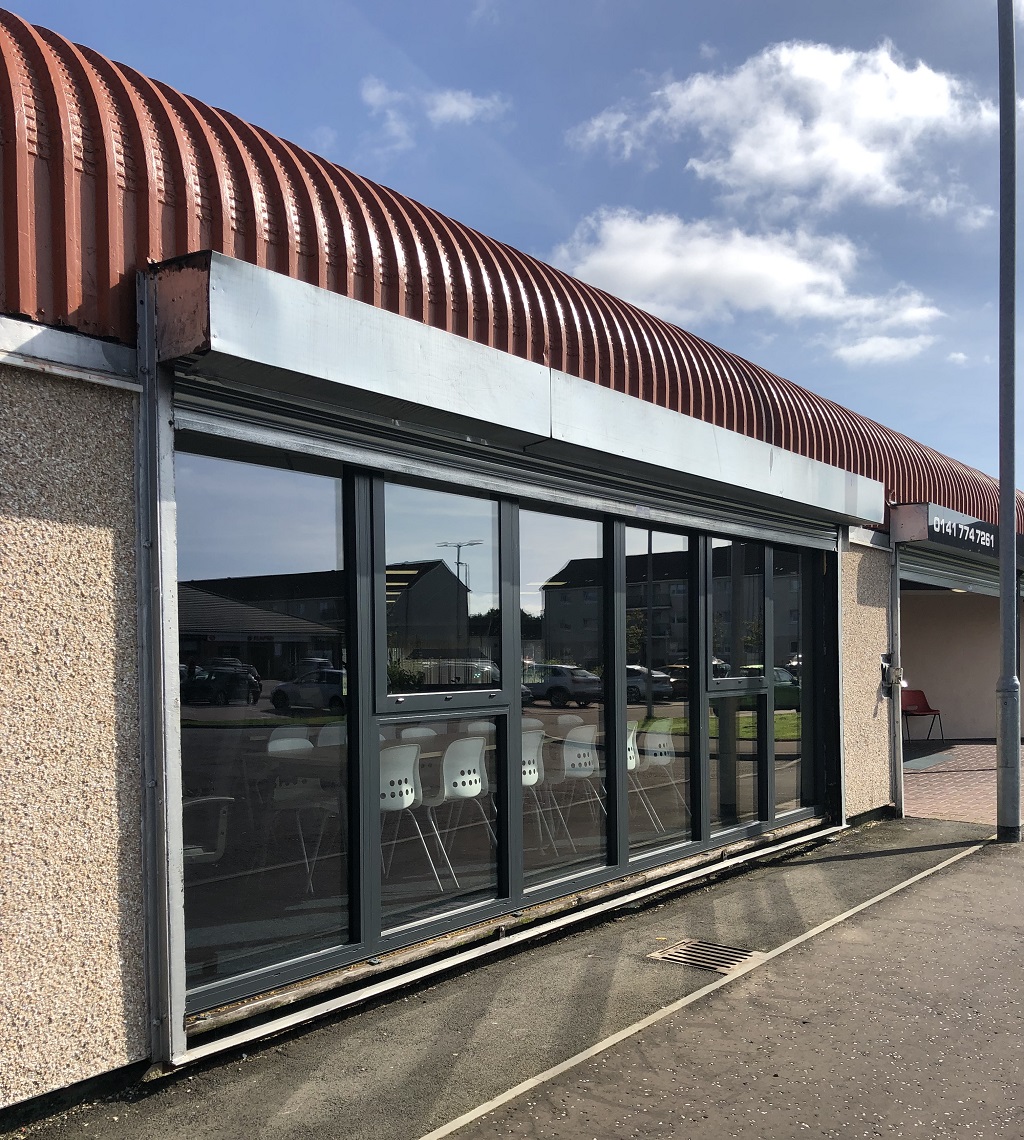 The Cumbernauld firm is currently in the midst of £25,000 worth of work at Greater Easterhouse Supporting Hands (GESH).

The charity’s social hub at Redcastle Square in Garthamlock, which hosts more than 650 people each week, is getting a free overhaul of its windows and doors throughout thanks to the generosity of Cube Glass owner Gary Thorn.

“You’d have to ask Gary about the actual value, but it is worth a million to us anyway – it has already made such a difference to the look of the place,” GESH founder Maureen Ferrie said.

“We’ve had a lot of work done in recent years with support for the council, like new cladding and a new roof, but the one thing we didn’t have was new windows. Some of them were plastic, a lot of them were discoloured, some wouldn’t open, so we are absolutely delighted because it has made such a wonderful difference.”

Founded in 1979 by Maureen and her late husband Michael, GESH provides care, support and activities to the local community. It serves all residents of Easterhouse, with a particular focus on the elderly, children and those with physical and mental disabilities.

Its current facility was built in the early 1980s as a community centre, but had lain derelict for several years and was due for demolition before Maureen and Michael took it over in the late 1990s. The building includes a main hall with capacity for 250 people, and second hall with a capacity of 75, a pool hall, café, training room, offices and other ancillary space.

The work covers a total of 60sq m of windows and doors and is currently about 40% complete. Gary, whose mum Margaret has been a part-time worker at GESH for the past 15 years, said he hopes to have the project completed before Christmas. 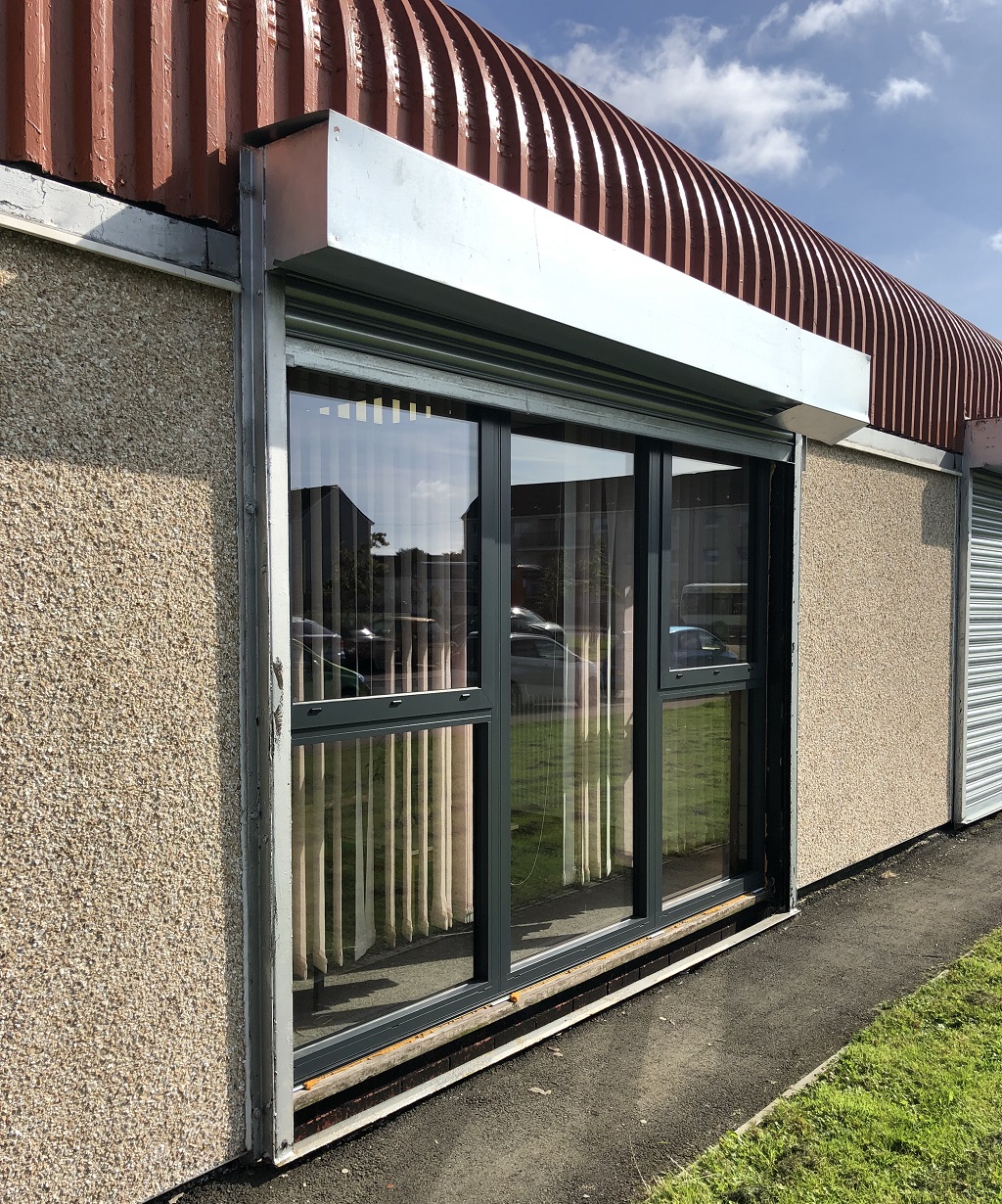 “Over the years I have popped in to visit, as has my brother who is a joiner by trade,” he said.

“My brother has helped out with different things, but I am absolutely useless with my hands, so I had to wait until Cube Glass was in a financially secure position before we could help out.

“I thought that if every company did just a little bit to help out when they could, that would really make a hell of a difference to these organisations that do so much good in the community.”

Cube Glass designs, fabricates and installs aluminium windows, doors and curtain walling systems, mainly for commercial properties but also for residential customers. It has 14 direct employees and 12 sub-contractors, with turnover of £2.75 million in the latest financial year.

The company is about to embark on its second charitable project at the Queen Elizabeth University Hospital in Glasgow, where efforts are underway to construct a large enclosed training area for spinal injury patients learning how to operate their wheelchairs.

The project is being carried out on behalf of Horatio’s Garden, the charity dedicated to creating accessible gardens in NHS spinal injury centres. It is being led by Morris & Spottiswood, with Gary getting involved via a “friend of a friend”.

“I wouldn’t say I am on the lookout for these kinds of things, but if they come across my path I will help out if I can,” he said.

GESH is completely self-funded and operates in partnership with local housing associations, social care providers, the community council and any agencies dealing with single parents or the elderly, as well as churches and other local groups via the Easterhouse Citizens Advice Bureau.