Glasgow City Council has kick-started work to improve cycle and pedestrian infrastructure between the University of Glasgow and Govan as plans are also lodged for a proposed connecting bridge to Partick. 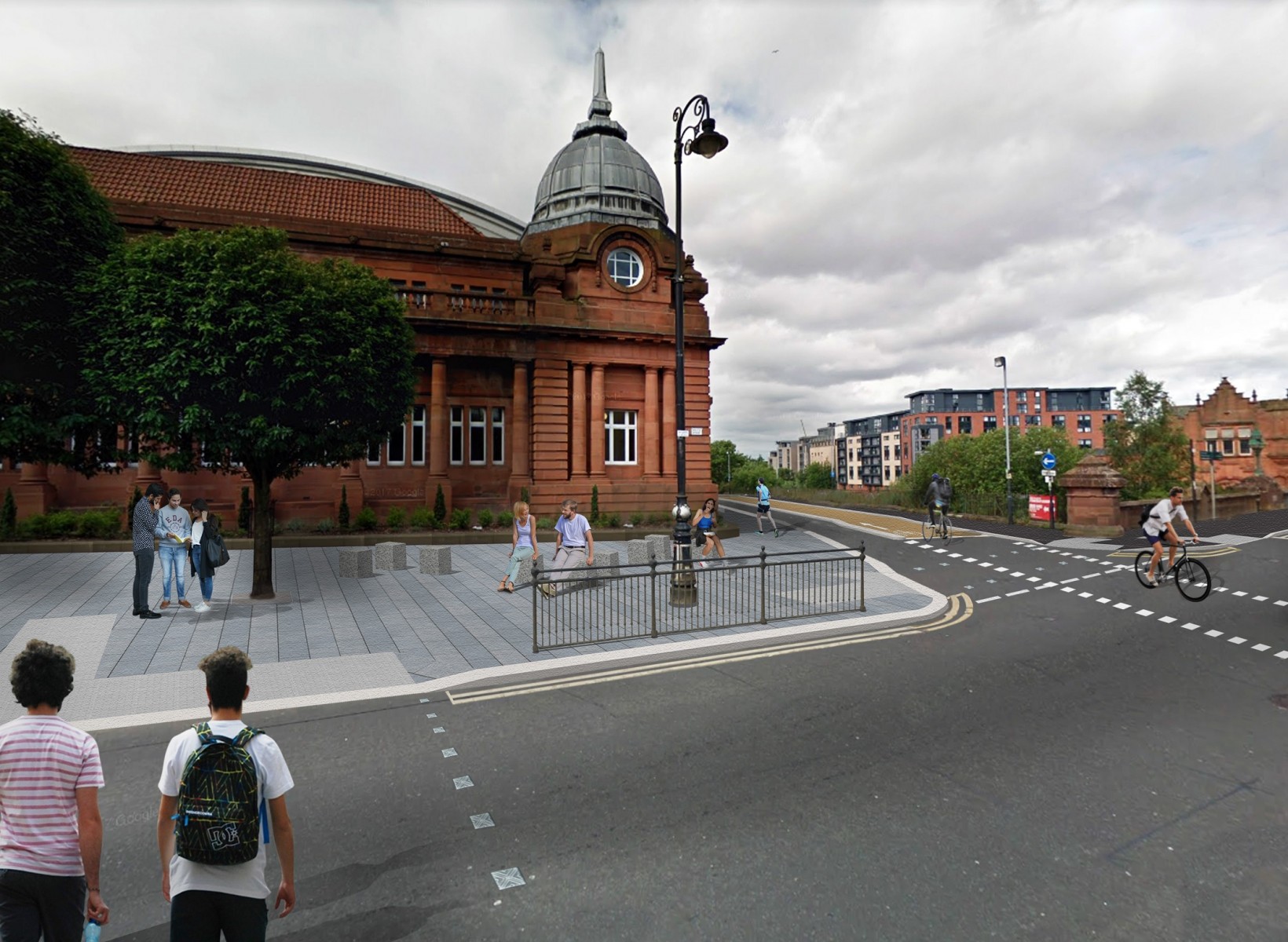 Enhanced materials, street furniture and public art will be used to create a network of public spaces at key junctions, and lighting will be replaced to enhance feelings of safety and security.

The project will integrate with infrastructure to be delivered through City Deal-funded works at Byres Road and with Sustrans-funded works being delivered as part of the Yorkhill Cycle Village proposal.

Work on this element is due to be finished in April 2021.

Meanwhile, City Deal investment is also being used for the bridge element of the link, which will span between Water Row in Govan and Pointhouse Quay at the Riverside Museum.

The crossing will be 115 metres long with a rotating central span of 68 metres.

As well as applying for planning consent, the council has also sought the marine licences.

It’s hoped the construction contract will be awarded in summer 2021, allowing work to start later in the year with the bridge opening to the public in early 2023.