The site of a former police station in Glenrothes has been earmarked for a new development comprising 20 homes and a mixed-use commercial building comprising of a nursery, offices and a cafe. 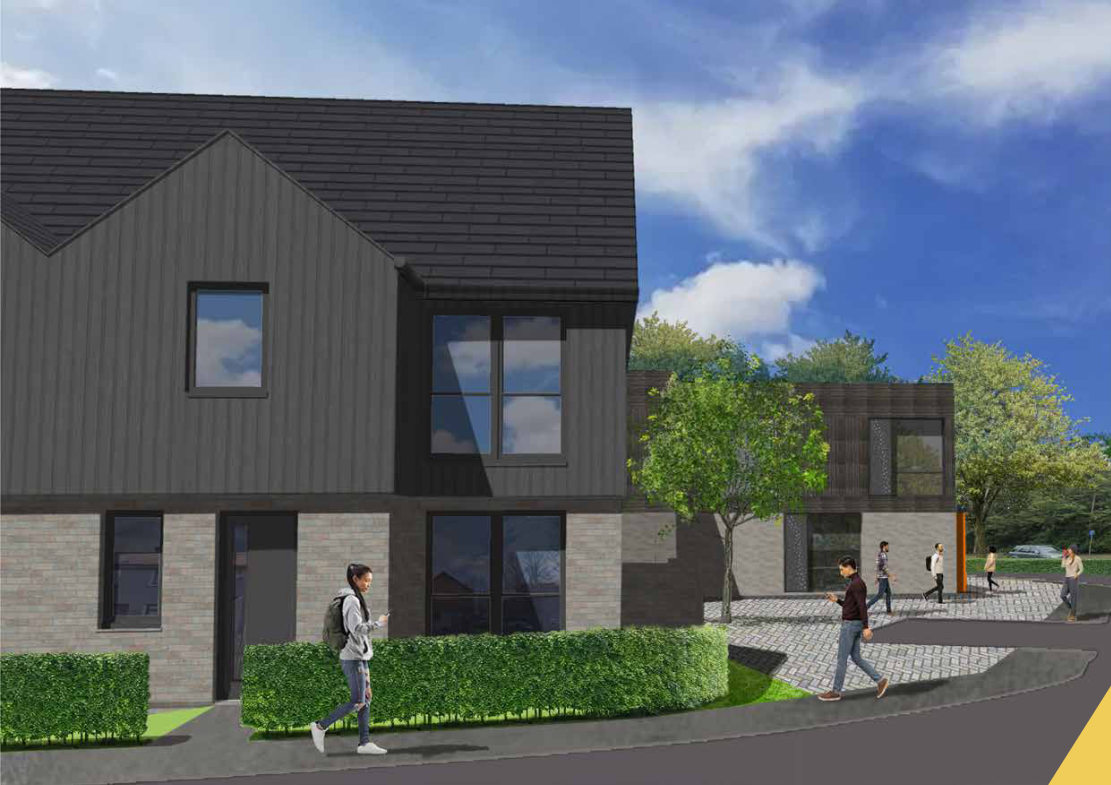 Housebuilder Lomond Group has lodged an application to Fife Council for planning permission for the development of the Napier Road site.

Designed by 56Three Architects, the new homes would include a mix of three and four-bedroom detached and semi-detached dwellings. Four of the new properties would be affordable homes, developers said.

The building was demolished last year after the station closed in 2015 and officers moved to the former Fife Constabulary’s headquarters on Detroit Road.

Developers said the plans and designs had been “considered carefully” to ensure the proposed new homes would fit the local character.

“The proposal for the redevelopment of the site at Napier Road is designed to make a positive contribution to the regeneration of the town centre, with a sustainable mixed-use development providing places for people to live, learn, work and play,” a supporting statement added.

The site was sold in 2019 after it was initially thought the site would be used to house car parking facilities for Fife Council employees.