A disused 12-storey office block in Glasgow city centre will be transformed into a four-star hotel under new plans lodged with the local authority. 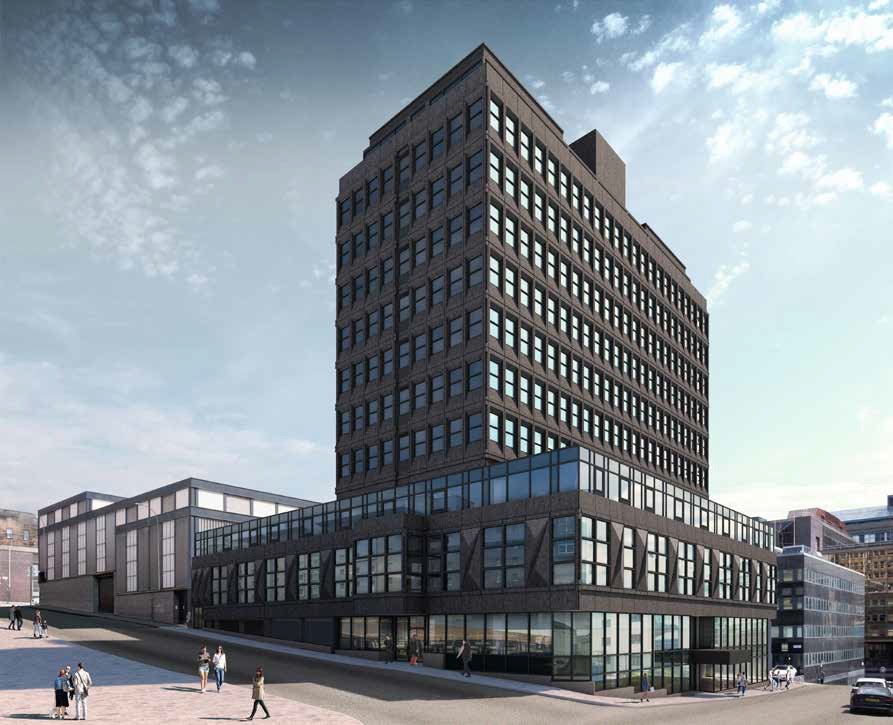 New owners Northland Properties plan to turn Pegasus House at the corner of West George Street and Holland Street into a Sandman Signature hotel with 179 bedrooms.

The work will introduce an active street frontage of a restaurant, gym and lobby while undertaking a significant overhaul of the plinth.

The project would also include a first floor extension.

A statement submitted to Glasgow planners noted: “The development will continue the regeneration of this part of Glasgow’s Central Business District by creating an active frontage and promoting further pedestrian footfall around Holland Street and West George Street.

“The proposals have been designed to make best use of the existing structure whilst complementing the character of the surrounding area.”

Pegasus House had previously been subject to a planned student residential conversion by 3DReid.