The façade and towers of an important historical building in the Dennistoun area of Glasgow will be saved under a new plan which will also bring much-needed new housing to the east end of the city. 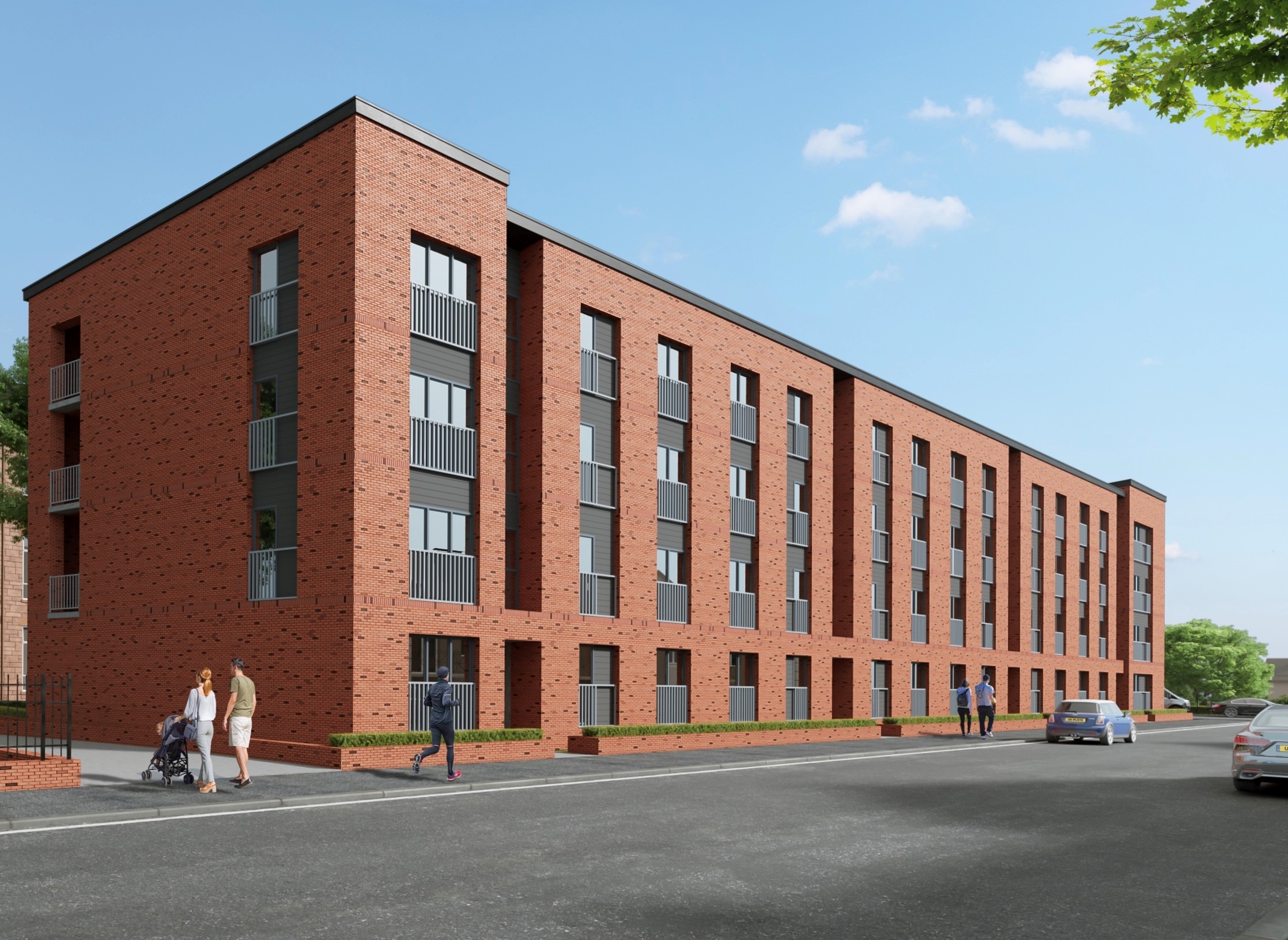 The B-listed Golfhill School in Circus Drive is the focal point of a major new development by Spectrum Properties now that work has re-started following the pandemic shutdown.

The proposal, which has been given Listed Building Approval and which has been unopposed by Historic Environment Scotland, envisages 18 flats built within the shell of the old school, which was in danger of requiring complete demolition.

The development will see a total of 133 flats on the school grounds complete with car parking, plus green spaces, including orchards, and paths across the site which will connect adjacent roads.

William Roddie, director of city-based Spectrum Properties, said: “We are delighted that we are now able to make progress on this important new development for the Dennistoun area.”

Golfhill Primary School was designed by Alexander Nisbet Paterson and opened in 1902 as a classic example of a Glasgow School Board building which offered the children of the rapidly expanding city a basic education.

Spectrum Properties said that the work involved to save the historically-important building would be subsidised by the new build elements of the proposed plans.

Mr Roddie added: “The plans will create areas which are desirable to both new and existing residents to pass through and linger in, an improvement on the overgrown and unsafe areas which currently exist on site.”

The Circus Drive development is the latest transformational scheme by Spectrum, which has had a tangible impact on the built environment of the city by saving and re-purposing architecturally pleasing properties

Although Spectrum has moved into residential development in the last 10 years, its primary focus remains on commercial property. It owns some 700 commercial properties across the city, comprising 70% of its group holdings.

Mr Roddie said: “The Golfhill School site had been closed because of subsidence and had lain unused for some 12 years before we bought it nearly four years ago.

“It is a substantial task to retain what can be salvaged of the building, including expensive and technically challenging façade retention but, as a local company, we feel an obligation to the people of Dennistoun to maintain a link to a history which means so much to so many people.”