HS2 Ltd has today announced the formal start of construction on the project, highlighting the large number of jobs the project will be recruiting for in the coming months and years. 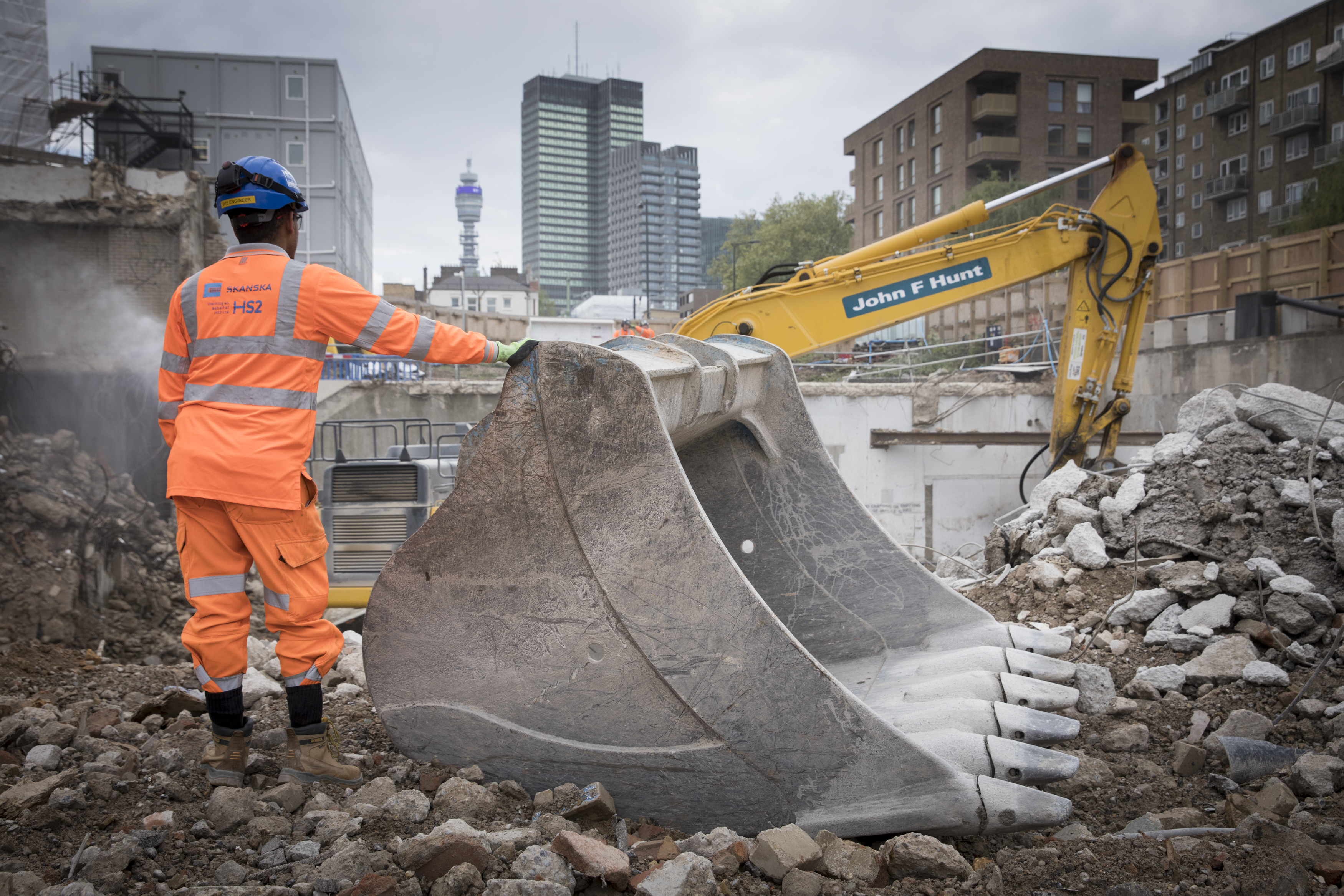 Earlier this year, the Department for Transport (DfT) gave approval for HS2 Ltd to issue Notice to Proceed (NtP) to the four Main Works Civils Contractors (MWCCs) working on the project to commence full detailed design and construction of Phase One of the HS2 railway (the route from London – West Midlands).

Today’s symbolic announcement signals that the MWCCs are moving from enabling works, scheme design and preparatory work, to full construction of the railway.

The move to construction also heralded a ‘jobs boom’ on the project, demonstrating the value HS2 is bringing to the economy many years before it is complete, particularly in the post-COVID economic environment.

HS2’s main works contractor for the West Midlands, the Balfour Beatty VINCI Joint Venture (BBV JV), along with its supply chain partners, has said it expects to be one of the biggest recruiters in the West Midlands over the next two years, with up to 7,000 skilled jobs required to complete its section of the HS2 route. The EKFB Joint Venture (Eiffage, Kier, BAM Nuttall, Ferrovial) – building the section from the Long Itchington Wood site in Warwickshire south to the Chiltern tunnel portals, has said it will recruit over 4,000 roles in the next two years, many based in Milton Keynes, as work ramps up in the area.

HS2’s Tier One construction partners based in Greater London: Skanska Costain STRABAG (SCS JV), Balfour Beatty VINCI SYSTRA (BBVS JV), Align JV and Mace Dragados JV, confirmed that they will collectively recruit over 10,000 new jobs as HS2 gears up for major construction. HS2 Ltd itself is already directly recruiting for 500 new roles over the next three months, with the majority based in Birmingham, as the project moves into the construction phase. The forecast jobs boost is a clear sign of the key part that HS2 is already playing in supporting Britain’s post-coronavirus economic recovery.

Mark Thurston, CEO of HS2 Ltd, said: “This is a hugely exciting moment in the progress of HS2. After 10 years of development and preparatory work, today we can formally announce the start of full construction, unlocking thousands of jobs and supply chain opportunities across the project.

“We are already seeing the benefits that building HS2 is bringing to the UK economy in the short term, but it’s important to emphasise how transformative the railway will be for our country when operational. With the start of construction, the reality of high speed journeys joining up Britain’s biggest cities in the North and Midlands and using that connectivity to help level up the country has just moved a step closer.”

The HS2 railway is a significant investment both in the near and longer-term economic health of the country. At this crucial time HS2 is already driving investment right across our country. Jobs, including apprenticeships, are beginning to be released on HS2’s construction partners’ websites and will also be promoted through employment partnerships with local authorities and specialist employment support agencies. Promoting job vacancies in this way helps HS2 to ensure that local people benefit from the thousands of opportunities available. HS2 forecasts that the project will create at least 2,000 apprenticeships on Phase One.

The Balfour Beatty VINCI Joint Venture expects to recruit 7,000 construction jobs on the West Midlands section of the HS2 route, with women and under-25s the core focus for recruitment and skills investment.

Michael Dyke, managing director for BBV JV, said: “HS2 presents a significant opportunity for the West Midlands, with comprehensive plans to attract and retain the talented workforce required to deliver one of the most ambitious infrastructure schemes ever delivered in the UK now underway.

“Working alongside HS2, local authorities and charities, we are committed to offering people of all ages and backgrounds across the West Midlands the chance to benefit from the wide range of employment opportunities available through the scheme, including numerous apprenticeship and graduate positions.”

Skanska Costain STRABAG JV has confirmed that it will create an estimated 4,800 jobs, including employment for around 550 previously unemployed people and 400 apprenticeships.

“We value our work in partnership with charities and communities to help promote these opportunities. This means we can attract the best talent, support those who might face barriers to returning to work, and make sure we’re representative of the communities we serve.”

Align JV expects to recruit 1,200 vacancies, with over 100 opportunities for apprentices. They plan to target their recruitment and investment in upskilling local people who are currently unemployed, with a particular focus on women, under 25s and those with disabilities.

Daniel Altier, Align project director, said: “At Align we are committed to leaving a skills and employment legacy to the local communities alongside our works, and to this end we are working closely with local schools, universities and organisations to ensure local people are able to access opportunities for employment, apprenticeships and work experience.”

BBVS will employ a workforce of approximately 1,400 to support the construction of Old Oak Common Station. As well as providing over 250 apprenticeship positions, the joint venture is committed to attracting local candidates, of all ages and backgrounds.