Cleveland Containers MD Johnathan Bulmer looks at the rise of modular homes and the substantial benefits that homes such as shipping containers can bring to the environment. 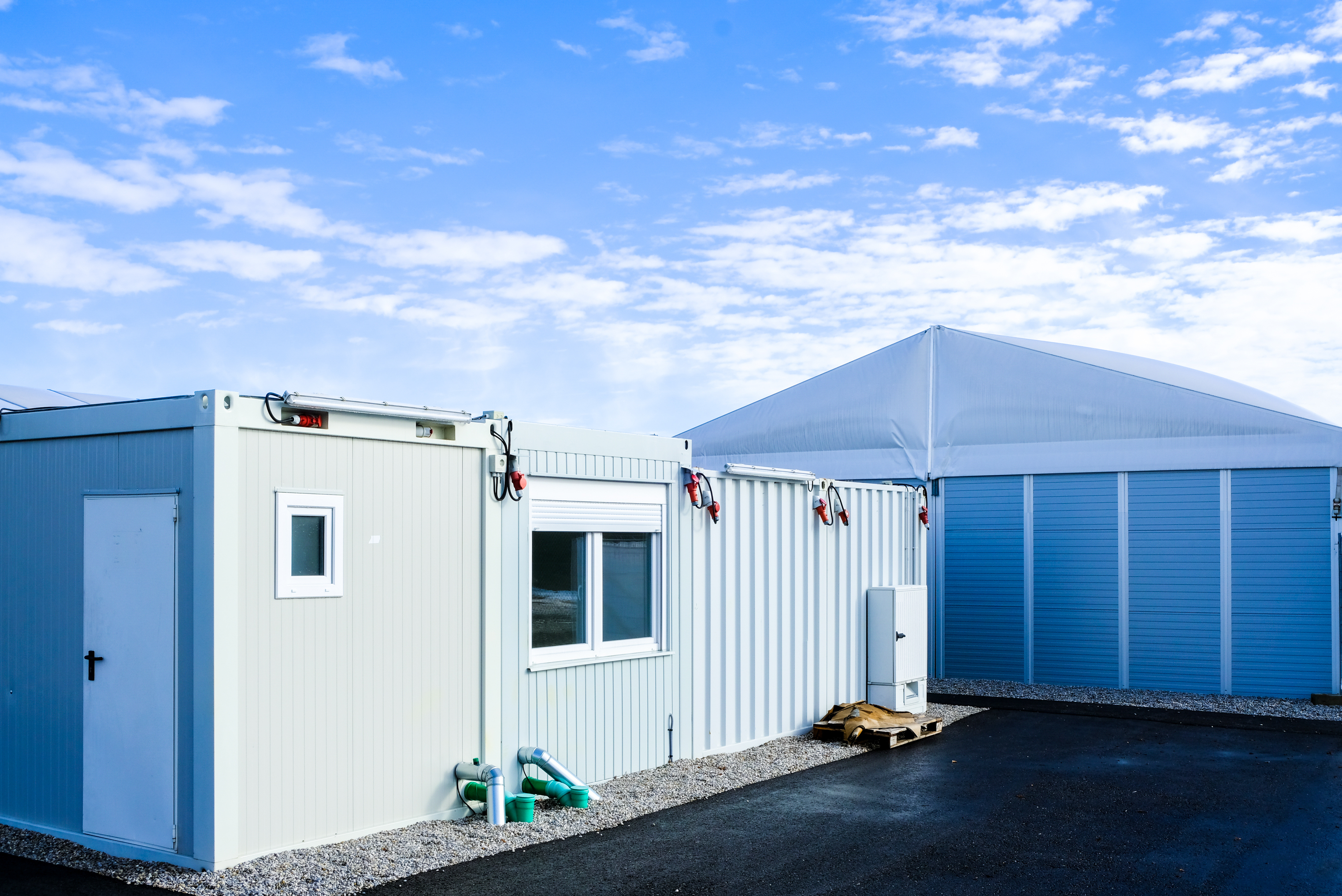 From Greta Thunberg travelling by boat to New York from Portsmouth, to the Amazon rainforest disaster, climate change continues to be a dominating theme in today’s society; with each controversy underlined by the threat of rising carbon emissions.

While the spotlight is often shone brightest on transport, meat and the rising population, one of the biggest culprits of carbon emissions is spoken about less - the building sector. Almost half of all emissions in the UK are linked to construction, operation and maintenance of the built environment.

It’s not just the onsite building process, but there’s a huge correlation between the extraction and consumption of materials for the use of building materials, and their environmental impact. For example, billions of tonnes of sand and gravel are extracted per year to make concrete for the building industry, affecting beaches and river beds.

The industry has been adopting a number of different methods to lower its levels of emissions. One way is through modular methods of construction:

Rise of the Modular Homes

Modular buildings, or, as they’re often known as, ‘portable buildings’, can be transported from one place to another. With homeowners looking for new, unique houses and the demand for one-of-a-kind Airbnb’s on the rise, modular housing has become more popular in recent years.

Modular buildings and homes are prefabricated houses that consist of repeated sections called modules. The modular method involves construction sections away from the building site and delivering them to the specific intended site.

Up to 90% of construction can be completed offsite before being compiled component by component in a logistical fashion onsite to produce the final result. It can be extended or shortened as the owner requests, and it can be as personal as any house which is usually built onsite. It makes building processes more efficient and enhances quality control as the buildings are manufactured under tightly controlled factory conditions.

The overflow of landfills is also benefited. Waste, another climate change culprit, produces on average 3.9 pounds of waste per square foot. If it includes demolition first, this figure increases to a ridiculous 155 pounds per square foot. Recent stats found that there is a 90% waste reduction by increasing the use of off-site construction. As the module units are built in a controlled environment, it reduces the likelihood of waste due to poor weather and theft, and unused materials are more likely to be re-purposed on other projects as opposed to being thrown away.

Because the portable buildings are pre-assembled before they go to the site, deliveries are kept to a minimum, reducing vehicle emissions. The lost energy which skyrockets when buildings are demolished is also reduced, as with modular build technology, demolishments don’t happen - the building is simply relocated and the energy is preserved.

The use of shipping containers as modular buildings can not only reduce the costs of buying a home, but the construction process requires simple repurposing and fitting of already existing steel walls and roofs, often done in warehouses. They also avoid using some of the materials used in traditional structures, such as concrete.

Population growth is a pressing issue that is affecting the homes of the future and should be challenged sooner rather than later. Of course, we need the infrastructure to house people, but we also need to lower emissions. In short, as the world’s population continues to grow, we need more effective ways to house people. Homes that are compact and modular, like containers, do not have to be super small just because they’re a container. They can be easily stacked to build spacious, affordable and comfortable housing.

It’s estimated that there are at least 12 million unused shipping containers in the world today. Melting down a shipping container to be recycled can use up to 8,000 kWh of energy, but converting an old shipping one into a habitable space using modular methods uses far less.

As well as offsetting the amount of energy needed to recycle old shipping containers, the converted ones also happen to use a lot less energy than traditional builds. An all-electric modular shipping container home can be run for less than £50 a month. And that’s nothing when you also factor in the energy that’s saved in terms of cement mixing, transport and other building practices.

Using modular containers, a residential project becomes a no-holds-barred, lego-style approach to design. It’s not a one-size-fits-all approach either, but you can have a variety of aesthetic outcomes through industrial units. From a sleek minimalist pad to a warm, cost spt bathed in sunlight, modular container conversions enable you to think outside the box.

Of course, the container conversion process is arguably more difficult than a free design build, as you are working within the limitations of the dimensions and materials of the existing units. It is easy to design a residence from containers, as long as you pay attention to width. Containers are durable, securable, sustainable and relocatable. They can also cost 10 to 20% less than conventional construction.

There are so many benefits to modular buildings, and it’s a key component of a green world. With the UK committing to ‘net zero’ emissions by 2050, something’s got to give. With modular buildings and container homes, construction can be less of a climate change culprit, and more of a friend in the eco homes revolution.