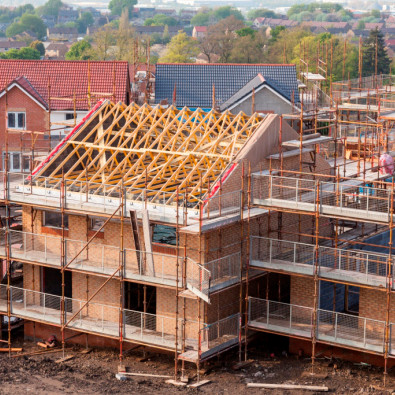 Kier are at the top of the contractors’ league table for May 2019, thanks to 12 contracts awarded with a total value of £397 million.

In joint second place were Hill Partnerships and Ardmore Construction with the total value both at £154 million and considerably less contracts awarded each at four and three projects respectively.

The latest edition of the Top 50 League Tables has been published by industry analysts Barbour ABI, which highlights the number of contracts awarded and the total value.

This month shows that the combined value of contracts awarded to the top 50 was £2.6 billion and a total of 141 projects.

Other notable contractor activity for May came from Galliford Try Construction, who were particularly active, being awarded eight projects at a total cost of £116 million boosting them up 12 places from last month, finishing in sixth place for May 2019. 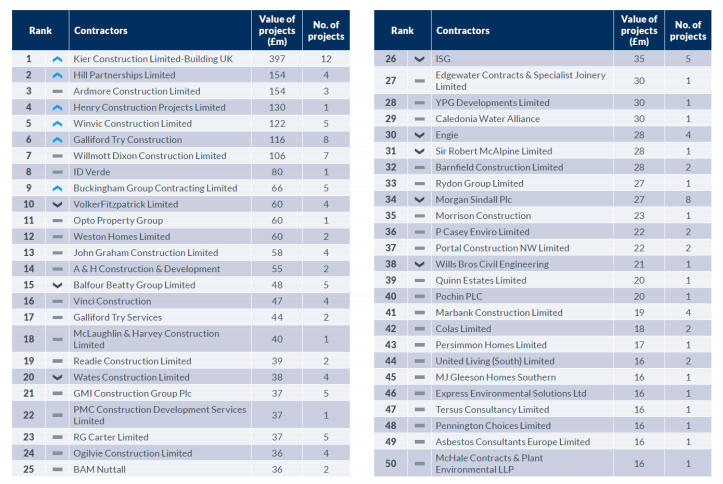 Kier is the only contractor to again feature in the top three this month – they sat in second place in April, behind ISG, who have now dropped 25 places to finish in twenty sixth position for May.

Kier’s activity this month has further cemented its top position for a rolling 12-month period with 155 awards totalling £2.27 billion.

Wates Construction are experiencing a busy 12-month period with 48 awards at a value just over £1.6 billion and Mace Limited with 22 awards at a value of £1.2 billion excluding their joint venture with Dragados on the Euston Super Station.

Tom Hall, chief economist at Barbour ABI said: “The top 50 contractors league table provides interesting analysis on construction activity throughout the UK. Even though this month we see Kier dominate the league tables, activity can change dramatically month on month by the top contractors, generally resulting in a change in the top three positions each month.