The Master Builder Awards, sponsored by Isuzu, celebrate the nation’s best builders and MCK Construction were crowned the overall winner for its work to restore an old coastguard lookout tower in the small fishing village of Usan.

Built on an exposed part of the North Sea coast, the Usan coastguard tower was formerly a lookout post and housed local rocket rescue equipment. Around 60 years ago, the tower was abandoned and by the end of the 20th century, it was in a poor state of repair and the former lookout balcony had largely rotted away. It was purchased by a local fisherman, who had grown up in the small fishing village, and his wife. Unhappy at seeing an important focal point in the local community going to rack and ruin, he decided to convert it into a family home by having the tower renovated and the building extended to offer wonderful panoramic views over the North Sea. 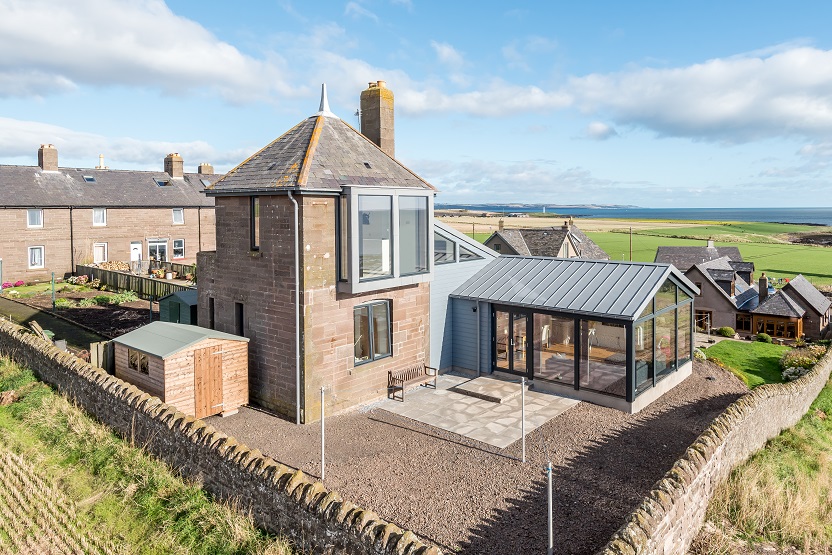 Externally, the existing tower has the original Welsh slated roof with a lead finial and, being so close to the sea, the stonework had to be repointed and given a general makeover. At the rear, a set of grand stone steps, the entrance to the original lookout post now lead to the master bedroom and make an unusual addition to the property.

The new build extension itself consists of a timber frame structure with large gable glazing, maintenance-free cement cladding, zinc standing seam roof covering and rainwater goods. The joint between the new roof covering and the old stonework ensures that the distinction can be easily made between old and new.

Brian Berry, chief executive of the Federation of Master Builders (FMB), said: “I am proud that the FMB Master Builder Awards have been sponsored by a household name, and that our overall winner has been presented with one of Isuzu’s finest products. The Isuzu Utah Pick Up will enhance the winning business in the year ahead, and most likely support their production of another award-winning project for the 2021 Master Builder Awards. 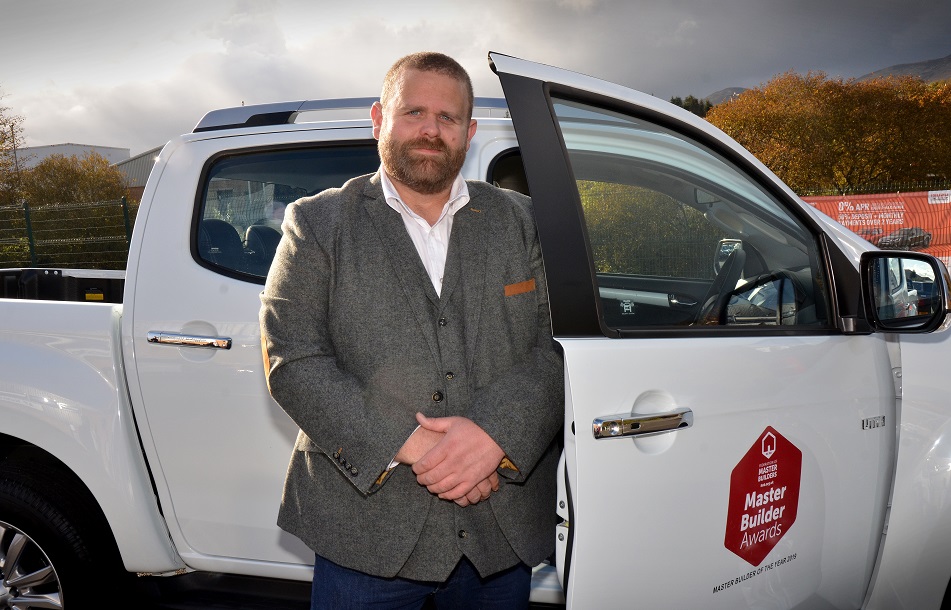 “MCK Construction is a worthy winner, having brought a piece of Scotland’s history back to life and I congratulate them once again for showcasing the talent and potential of builders all across the UK.”

George Wallis, head of marketing at Isuzu UK, added: “Isuzu are proud to be the headline sponsor of the overall Master Builder of the Year Award, it’s integral to our fantastic partnership with the FMB. All the award nominees were already winners in their own categories, so it really was an extremely hard job to select the overall winner, we were looking for the best of the best.

“MCK Construction’s entry stood out as the history of the building, innovative use of space and materials as well as having overcome many real challenges to deliver an awesome project. We wish them all the best in their thoroughly deserved prize of a new Isuzu D-Max Utah.” 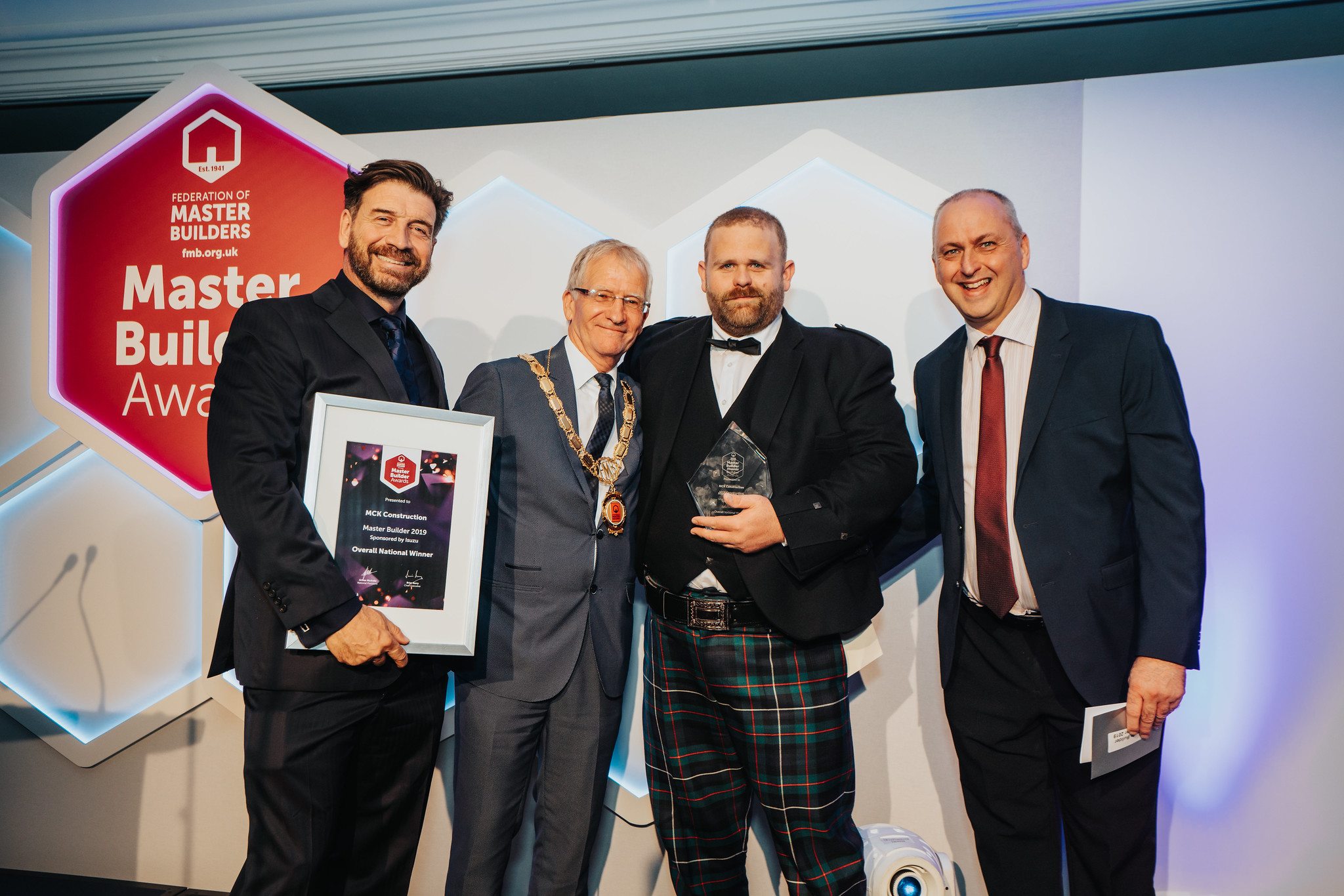 MCK Construction was awarded the overall 2019 Master Builder Award and the Large Renovation Project Award for the same project at a ceremony at the InterContinental Hotel, Park Lane, London on 20th September. The event was hosted by TV presenter and building enthusiast, Nick Knowles, and attracted more than 600 attendees.