Partners involved in building the new multi-million-pound The Event Complex Aberdeen (TECA) have unveiled an opening date for the venue of summer 2019.

TECA will provide a new world-class facility for Scotland beside Aberdeen International Airport. The 12,500-capacity main arena will host conferences, exhibitions and music concerts, and is expected to attract major artists and events to the city. The facility will also boast three further conference/exhibition halls, four multi-purpose conference suites, and nine meeting rooms.

The interiors of the facility are being fitted out with progress on internal blockwork, metal stud partitions, and mechanical, electrical and plumbing installations continuing, and rooms taking shape include the main area, exhibition halls and conference rooms.

The facility is expected to contribute an additional 4.5 million visitors, £113m of visitor spend and £63m net Gross Value Added to the Scottish economy. It will also result in the creation of 352 full-time-equivalent permanent positions by year 10 of operations.

Nigel Munro, regional project manager for HBD in Scotland, said: “Work on the internal fit-out is progressing quickly, so what has for a long time felt like a huge engineering project is now really starting to come to life as TECA.

“The build programme remains on schedule and the finish line is now in sight for this flagship project for Aberdeen and the north east.”

Robertson chief executive officer Derek Shewan added: “TECA will provide a huge boost to the North East, and we at Robertson are immensely proud to be the primary contractor on this iconic build. TECA, and its two on site hotels, constitute our largest major project to date, and seeing it take shape is hugely satisfying for everyone involved.” 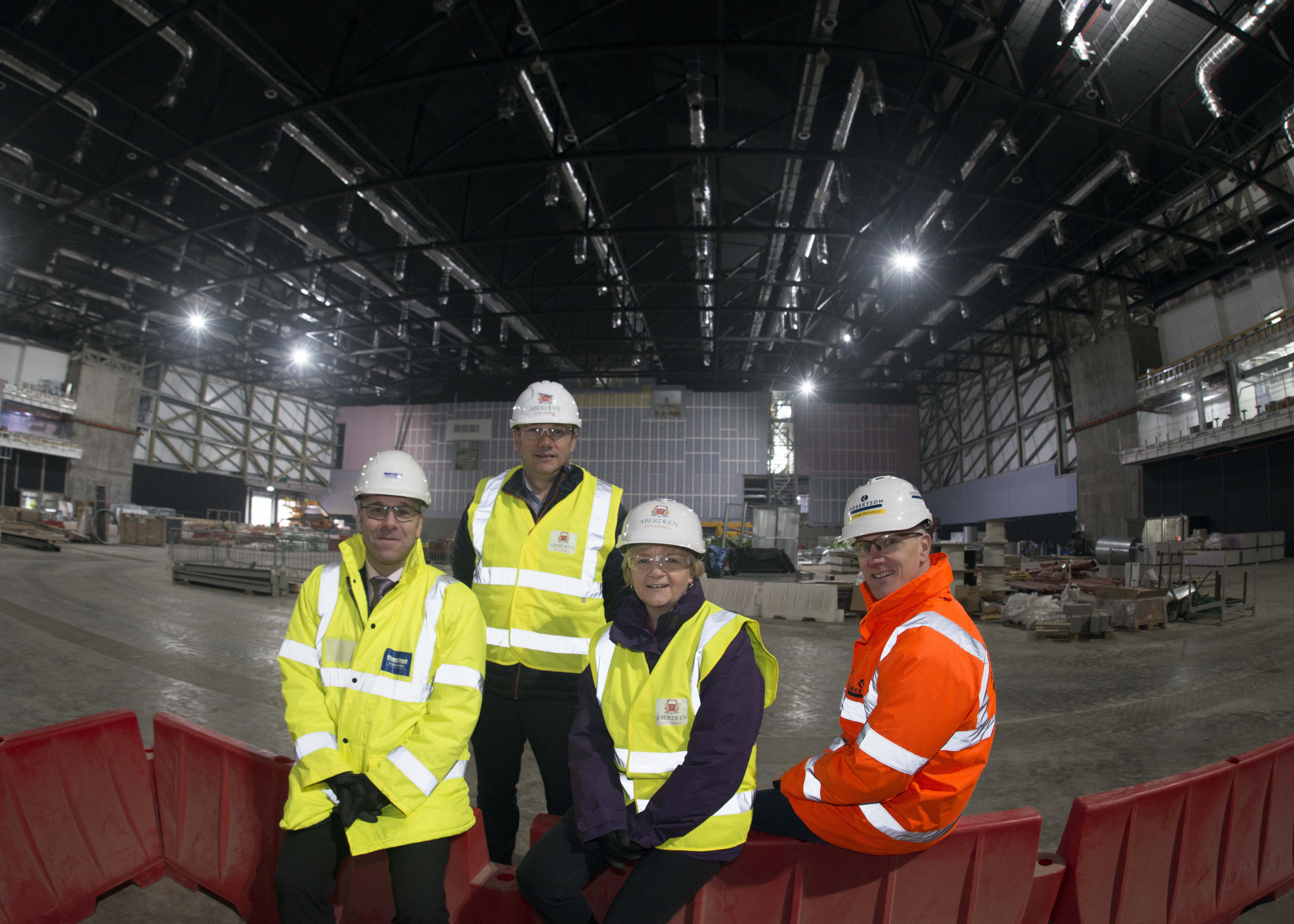 Aberdeen City Council co-leader Councillor Jenny Laing said: “We are delighted that summer 2019 is to be the opening date for TECA and we look forward to making many more exciting announcements about acts, exhibitions and conferences.

“We want to attract major artists and new events to the north-east to ensure the area competes on a global scale and TECA plays a major part of that, as part of our Regional Economic Strategy which has internationalisation at its heart.”

Aberdeen City Council co-leader Councillor Douglas Lumsden said: “It is fantastic to watch the building progressing so quickly and it’s very exciting to see the work on the interior fit-out, and with rooms now being clearly defined so you get an idea of the sheer size and scale of the building.

“TECA is one of the projects in our £1 billion of capital investment in the city which includes major infrastructure improvements for the city including new roads, bridges, schools and cultural assets.”