Plans to transform one of Edinburgh’s most important landmark buildings into a global visitor experience for Scotch whisky brand Johnnie Walker have been recommended for approval by planners at the City of Edinburgh Council.

The city council’s development management sub-committee will now determine whether to take their planners advice and grant permission to Diageo’s plans next week. 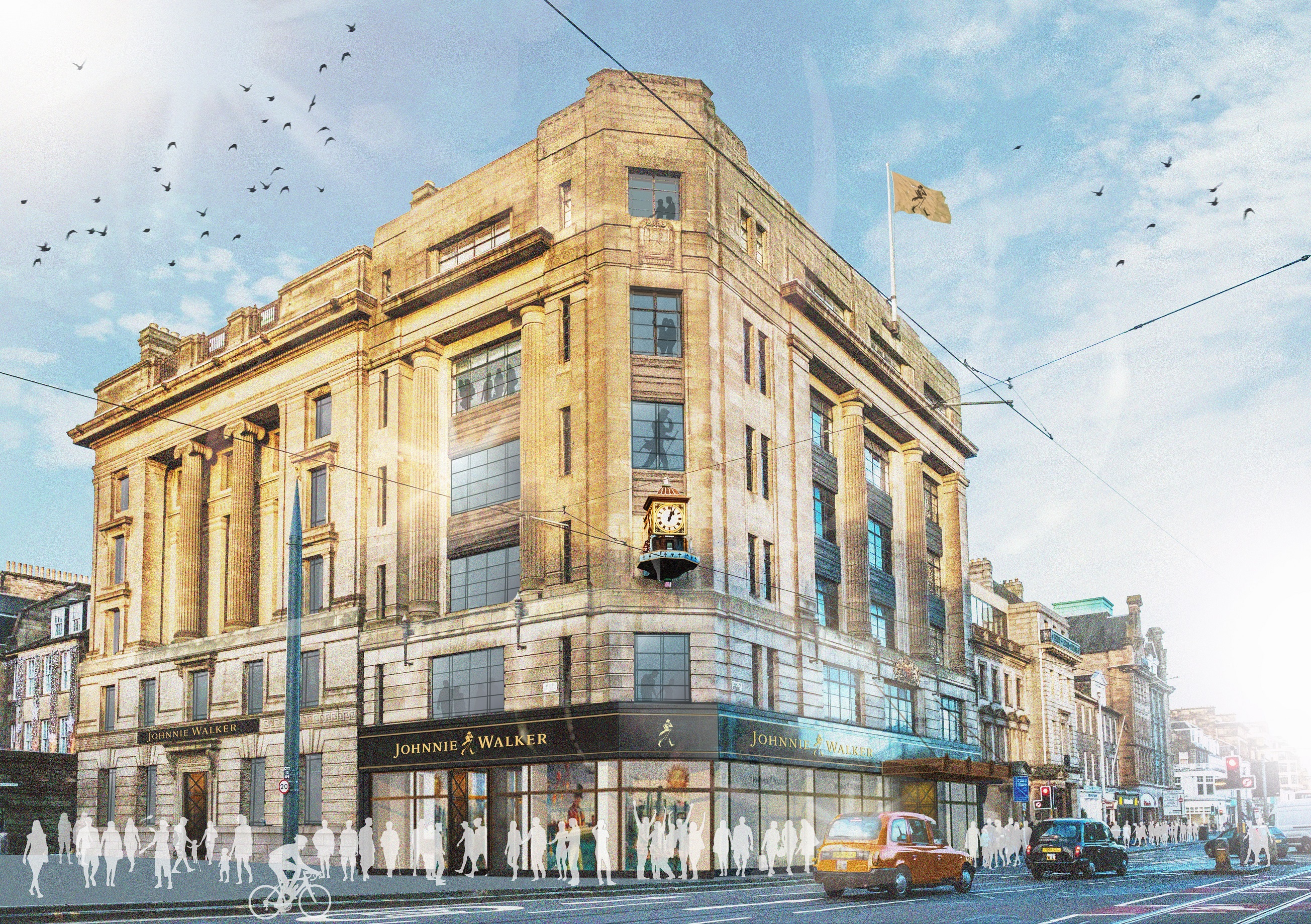 In a report to councillors, officers said the proposals are “acceptable in principle” and will “sustain and enhance the city centre”.

The report adds: “The proposed development is a prestigious, high-quality, potentially world-wide, visitor/tourist attraction in the city centre which will help to sustain footfall levels in this area, especially given that the new St James development is expected to move the centre of gravity of the city’s retail to the east.

“In addition, the proposal includes an element of retail on the ground floor which also represents a cultural facility given Scotland’s renowned whisky industry.

“The proposals have no adverse effect on the character or appearance of the conservation area or character of the listed buildings and do not harm the Outstanding Universal Value of the World Heritage Site. The development has no detrimental impact on significant architectural remains, residential amenity, road safety or infrastructure.”

The Edinburgh attraction is intended to be the focal point of a £150 million investment in Scotch whisky tourism by Diageo.

The proposals would see the meticulous restoration of the building with its many beautiful heritage features preserved where possible and integrated into the new development. This will include restoring the famous clock on the corner of Princes Street and Hope Street –known locally as the Binns corner after the former department store - which was an Edinburgh institution and traditional meeting point for city residents.

Economic projections for the plans indicate that when fully operational it will create between 160 and 180 new full-time equivalent jobs and generate in the region of £135m in tourism spend in the wider Edinburgh economy through the visitors it attracts to the city.

The development also creates a powerful strategic opportunity for Edinburgh city centre, establishing a major attraction in the west end, helping to balance visitor footfall across the city.

Adam Wilkinson, director of Edinburgh World Heritage, told planners that “the level of change proposed is not significant in terms of the World Heritage Site”.