Plans for a proposed mixed-use development including around 500 new homes in Polmont have progressed with the submission of a planning application to Falkirk Council. 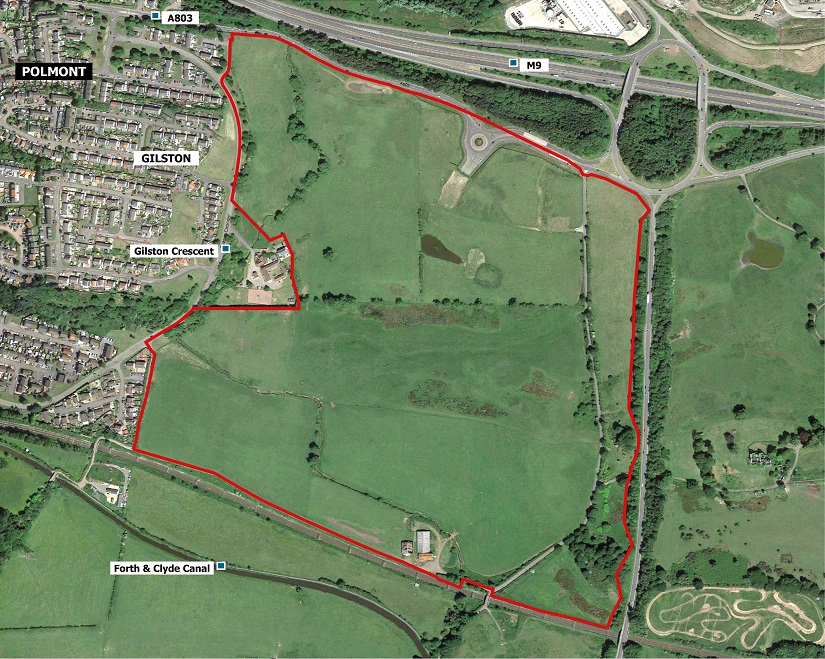 Property company Hansteen seeks planning permission in principle for the proposals for Gilston Park, on land to the east of Gilston Farm and Gilston Crescent.

The main elements of the proposed development are:

The company said that Gilston Park will create jobs, both during the construction phase, and later for businesses.

It is anticipated that up to 300 jobs will be generated as a result of the project.

Ken Haldane, a consultant to Hansteen, said: “Our vision for this area is to provide an attractive new neighbourhood with housing and business opportunities over the next 10 years.

“The development will play a major role in supporting economic recovery and delivering investment and jobs.

“In order to shape this planning application, online consultation was undertaken with the local community and we would like to thank them for their time and contribution to this process during these difficult times.

“We note the importance highlighted by the community about the range and function of local infrastructure being adversely impacted by this development.
“We can offer new services or facilities within the site, such as healthcare or a nursery, should it be of interest to local providers.

“Delivery of the proposals will also bring development contributions towards any improvements to existing facilities.

“Further community and stakeholder consultation will be held in the future, including each stage of detailed proposals for individual phases.”