An office building in Glasgow’s South Side is to be converted into flats under new plans lodged by Yeoman McAllister Architects. 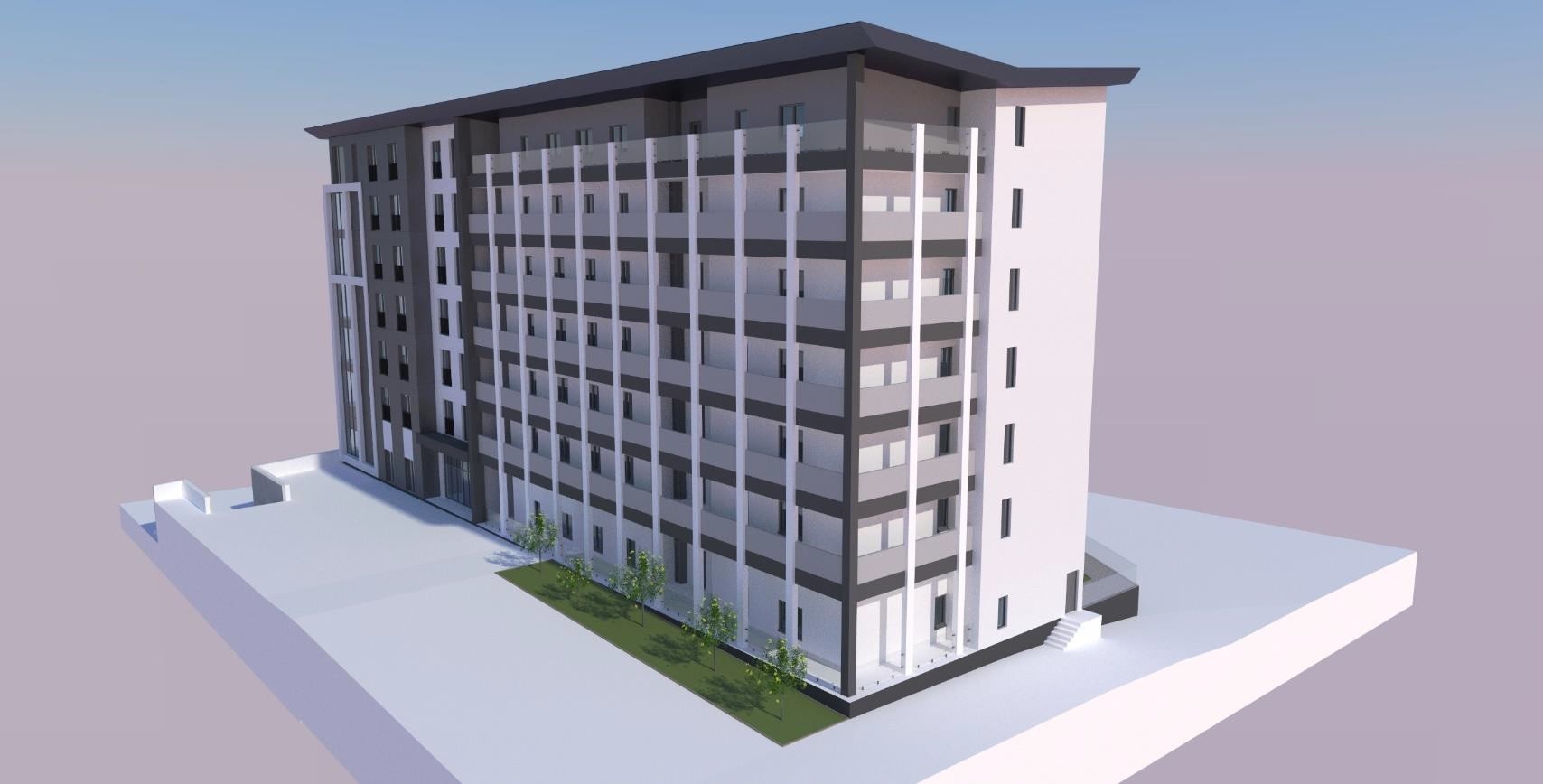 Planners are being asked to approve a revised look for the seven-storey 1970s extension at the former ScottishPower Cathcart House headquarters at Spean Street.

Forty-nine apartments, most of them with three bedrooms, are now being proposed for the building. The previously agreed development was for 47 mainly two-bedroom flats.

The neighbouring listed former office building is also being made into 79 flats.

The new approach entails a complete redesign of the external façade employing with only the structural concrete frame being retained. 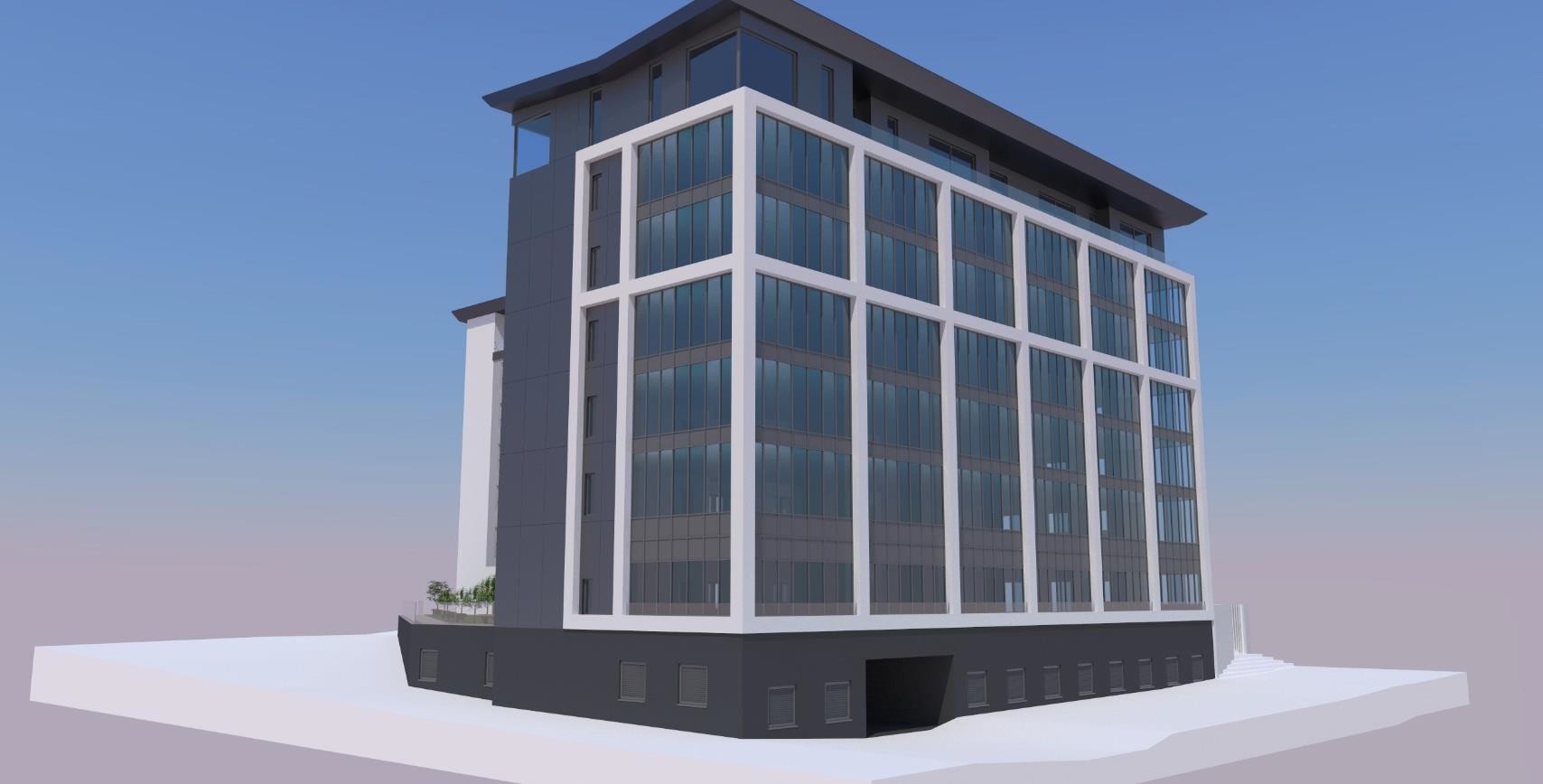 A design statement included with the application explained: “This variation seeks to upgrade the existing office building with a contemporary palette of materials and aims to complement the neighbouring listed building.

“While a more traditional approach towards the redevelopment of the listed building was taken, sympathetic to the architectural features of the past, this proposal seeks to retain some of those same features and express them in a more modern fashion.”

The statement added: “This includes the complete redesign of the external façade, utilising present day materials, retaining repetition of a consistent square form in a proportional manner.

“While the proposal is not to mimic the listed building in a pastiche type of way, its aim is to reflect some of its characteristics and create a form of relationship between the two.”