Robertson has been appointed to build two new hotels in Glasgow next to the SSE Hydro on behalf of Vastint Hospitality.

Construction work is underway on two brand new hotels with a combined 434 rooms. 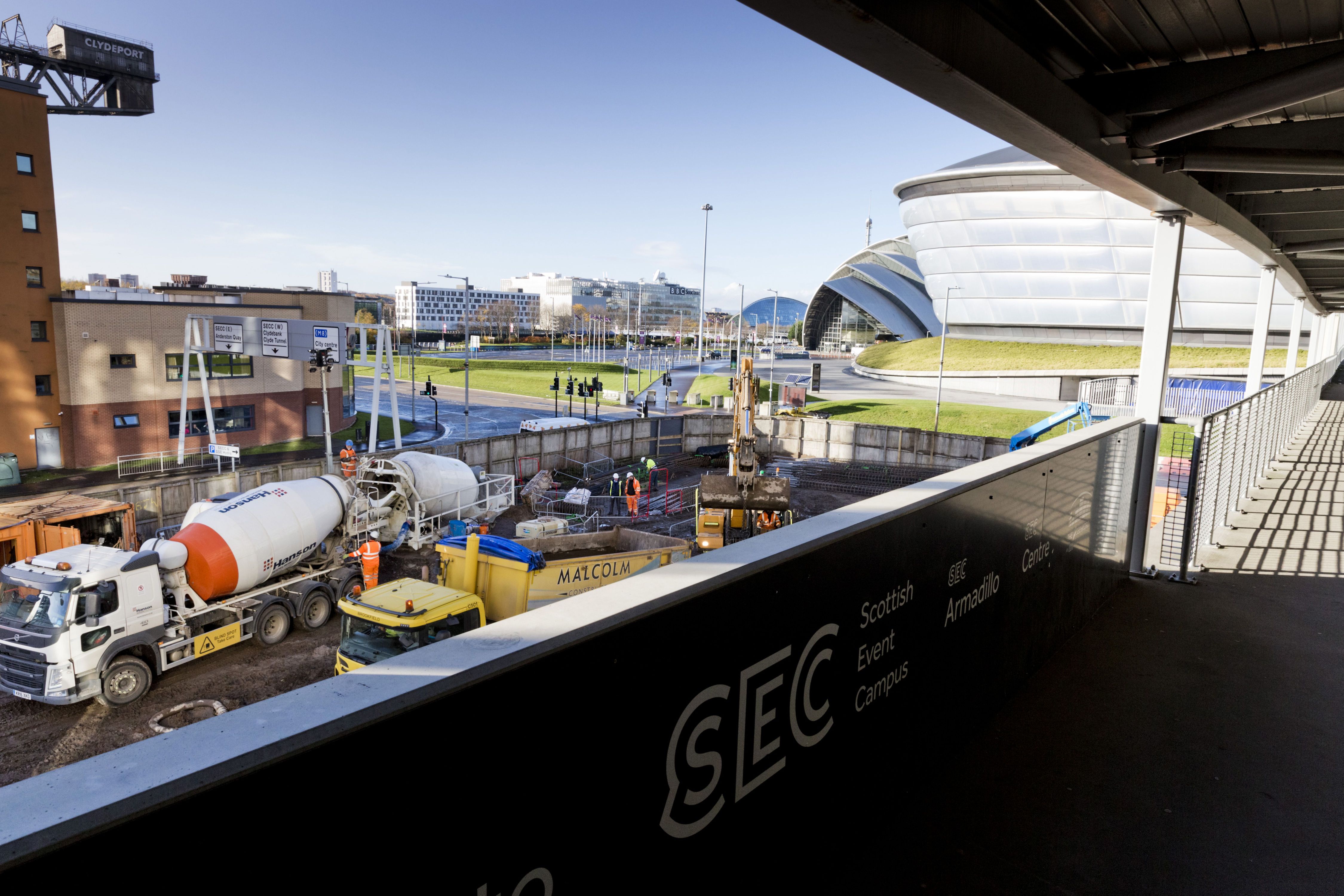 Located on vacant land on Stobcross Street, the first hotel will be operated under the Courtyard by Marriott brand and will have 221 rooms. The second hotel – to be operated as a Moxy Hotel – will feature a total of 213 rooms.

Continuing its strong relationship with Vastint Hospitality, Robertson will serve as main contractor on both projects. With enabling works underway the Courtyard by Marriott hotel is due to complete in spring 2020, while the Moxy Hotel is set for completion in summer 2020.

Ed Parry, managing director, Robertson Central West, said: “The SSE Hydro has built a stellar reputation since opening five years ago and demand for hotel rooms in the area has risen dramatically. These two new hotels, operating under separate brands, will give guests further choice and help ease the pressure on existing hotel stock in Glasgow.

“For Robertson, this project shows that we are continuing to grow our operations in the west of Scotland. Securing this major, high-profile contract is testament to the work that has gone into building our business in Glasgow and highlights our growing status as the contractor of choice for delivery of hotels in the region.”

The new hotels under construction in Glasgow will also increase accommodation options for delegates attending conferences at the Scottish Event Campus, in turn helping to boost the local and national economy.

Peter Duthie, CEO of the Scottish Event Campus, said: “These new hotels will be a great addition to the campus, supporting our growing business, offering more rooms and more choice for Conference, Exhibition and Live Entertainment visitors to the SEC. We look forward to working with their teams.”

Councillor Susan Aitken, leader of Glasgow City Council, said: “The Scottish Events Campus already generates £400m for the Glasgow economy and has an impact felt nationally. Our expansion plans for the campus aim to build on the growing importance of the conference sector, exhibitions and live entertainment to the Glasgow city region and, indeed, to Scotland.

“The additional accommodation created by these two new hotels compliments our ambitions for the SEC and I have no doubt they will play a role in cementing our reputation as a world-class events destination.”

Robertson recently completed work on another Moxy Hotel in Glasgow’s Merchant City area, with the 181-bed hotel due to open to guests next month. It sits next to Havannah House, a new student accommodation building which Robertson also built for Vastint Hospitality. Featuring 458 beds, it welcomed its first students in September.

Robertson previously delivered a Moxy Hotel for Vastint Hospitality at Aberdeen Airport, with the project completing in November 2016.

Yesterday the Scottish Event Campus unveiled its own plans to develop a new event and conference facilities, an enhanced walkway to Exhibition Centre station and a 200-bed hotel adjacent to the Crowne Plaza.