Plans have been submitted for a rooftop restaurant and community garden as part of a major expansion plan of Glasgow music and arts venue SWG3. 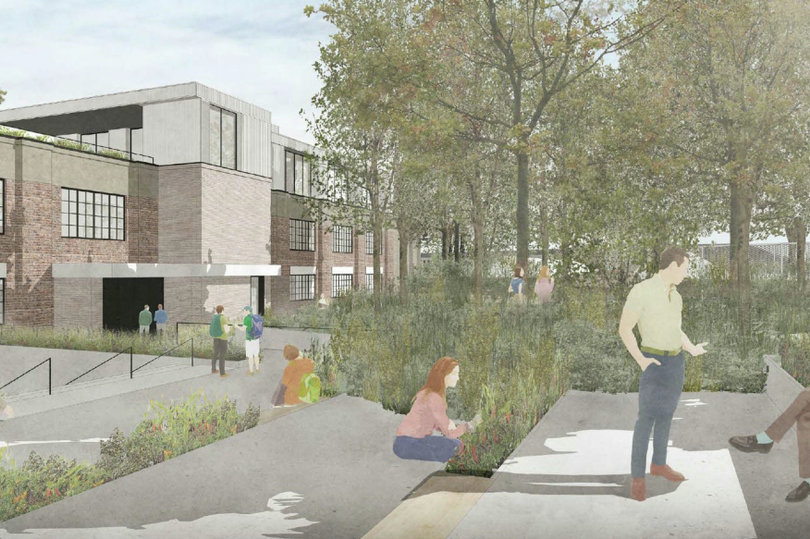 The proposals, which also include the creation of a new workspace cluster and improved entryway, would involve clearing up overgrown, neglected areas of the former industrial Finnieston premises.

A statement contained in the planning application reads: “The existing gardens has been relatively neglected since its previous use as a yard and railway sidings. Over the decades trees and bushes have self-colonised and grown unmanaged, while other areas of the site have been used for fly tipping.

“The space will be transformed into a dynamic working and publicly accessible green sanctuary. Original creative commissions will animate the gardens and food growing will be integrated into all aspects of the physical design, directly inputting to the operation of the new rooftop restaurant.”

The application added: “A new rooftop extension will provide a new restaurant providing 150 covers with panoramic views across the city and the river. There is potential for a strong connection between this dining experience and the productive landscape of the gardens below by extending the planting and food production into the infrastructure of the roof space.

“The height of the extension gives it prominence both within the SWG3 site and from the surrounding area. The venue, which is currently hidden away, will be seen from the motorway, trainline and cycle path. This new physical prominence will reinforce SWG3’s importance as a key venue in Glasgow’s Cultural Landscape.”

SWG3 also hopes to introduce a new flexible workspace area that can be used throughout the day by a number of different occupiers.

The statement reads: “The north-eastern area of the site will see the creation of a new workspace cluster offering a range of flexible spaces for a range of occupiers.

“This aspect of the project will build an active day time economy on the site, creating the critical mass that can support other uses and activities on the site. The design of the workspace has been developed to respond to key physical constraints in this part of the site whilst providing versatile spaces that can be occupied in a range of ways.”