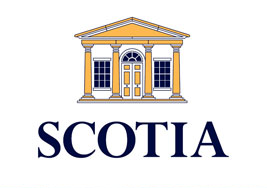 Scotia Homes has submitted plans to build almost 150 new homes, a quarter of which will be affordable homes, on the land at Crudie Farm on the north-western edge of Arbroath.

A proposal of application (PAN) notice submitted to Angus Council details plans for the open farmland site which has Arbirlot Road West running along its eastern edge.

The application is in its earliest stages and the Aberdeenshire housebuilder plans to give the community the chance to have their say in June.

MGA Architecture, the planning agents, said: “With a public face-to-face event not currently practical and in line with the Town and Country Planning (Coronavirus) Regulations 2020, Scotia Homes will implement an alternative online platform for public engagement, to enable local community/ stakeholders to obtain details of the proposals, express their views and inform our future application proposals.”

Scotia Homes is aiming to set up a live chat session for the public to raise questions about the proposal, hopefully in an event hosted in conjunction with Arbroath Community Council.

The consultation will be launched on Scotia Homes’ website from June 3 in the run-up to a planned principle virtual event on the afternoon and evening of June 10.

Land at Crudie Farm was among the sites included in the 2016-2026 Angus development plan which identified opportunities for more than 4,000 new homes district-wide, The Courier reports.

The development brief reads: “The site capitalises on the renewal and extension of Muirfield Primary School and has good linkages to employment and retail facilities, as well as the school and transport links. Development proposals are expected to respect, maintain and enhance the character of the area.

“The site is currently in arable agricultural use, is generally flat and slopes gently towards the south.”

East Muirlands Road runs across the north of the site and it is bounded to the south by the housing at Hospitalfield.

The Arbroath proposal will come before Angus development standards councillors in due course.