West Lothian Council has hailed a successful summer programme of construction works on its schools and nurseries as the beginning of work was marked at the new Sinclair Academy in Winchburgh. 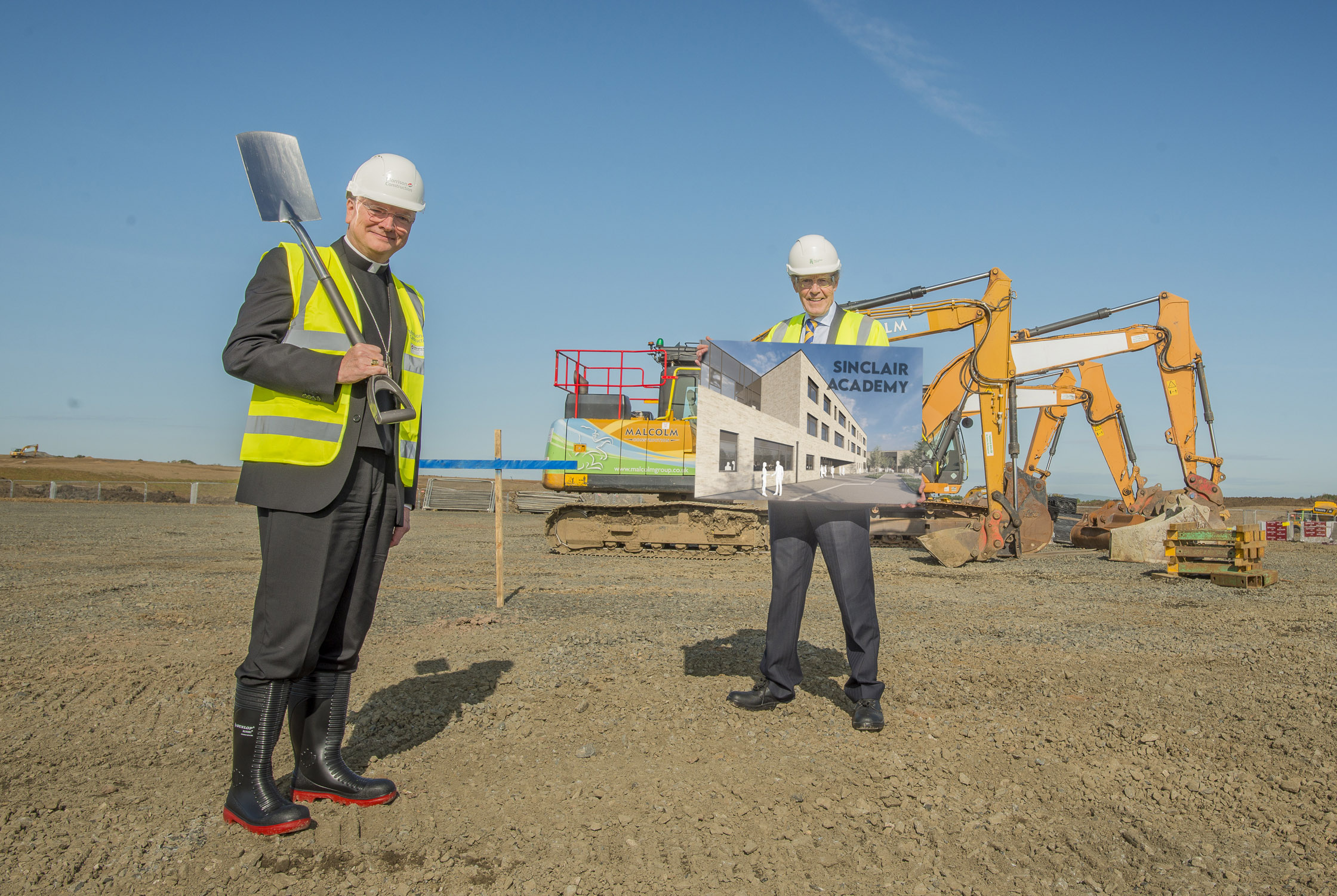 Almost all of the projects in the local authority’s programme of works across the school estate were commenced or successfully completed over the summer period.

The programme of works focused on completing essential upgrades and refurbishments across the West Lothian school and learning estate over the traditional summer break.

Despite unforeseen conditions brought on by the coronavirus pandemic and subsequent lockdown, almost all projects progressed as planned with 95% commencing and 75% completed in time for term resuming in August.

Work on major extension projects also featured in the programme including an investment of £1.7 million for the extension and refurbishment of Ogilvie School Campus, Livingston. External and refurbishment works took place over the summer with extension works progressing into November.  All remaining refurbishment phases will be completed by January 2021.

Executive councillor for education David Dodds said: “We are proud to say that we have one of the best school estates in the country and we continue to ensure this is the case through regular programmes of refurbishments and improvements.

“Obviously there has been a different challenge this year with unforeseen conditions brought on by the coronavirus outbreak. It makes it even more pleasing to see that the vast majority of planned works were able to be completed or at least make significant progress.

“I’d like to thank the staff in our schools and early learning centres, council officers and our contracted partners on each project for the work they have carried out in such uncertain times for the benefit of our pupils.”

The news comes as construction was started on the new Sinclair Academy in Winchburgh.

The new school is part of the £60.7m multi-schools project, which is West Lothian’s largest ever investment in education. It will deliver two secondary schools and one primary school, as well as a shared sport, leisure and community facility.

Councillor Fitzpatrick said: “I’m delighted to see work begin on the fantastic new Sinclair Academy in Winchburgh. West Lothian has one of the best school estates in the country, and the new state-of-the-art school will ensure we have enough places for those who choose denominational education.

“Thanks to Archbishop Cushley for coming along to mark the start of construction of this important new facility, for the growing community of Winchburgh and the east of West Lothian.”

Sinclair Academy is expected to open to pupils during 2023, and is named after the venerable Margaret Sinclair, who is revered for her work helping people through both trade unions and as a Sister of the Order of St. Clare.

Archbishop Leo Cushley said: “It’s a huge pleasure to be invited along to see work start on the new Sinclair Academy in Winchburgh.

“Margaret Sinclair was a hugely inspirational figure during her short life, dedicating herself to supporting those in need.

“I hope the young people who attend the new Sinclair Academy will aspire to achieve their best in their lives, just like Margaret.”

The project is being delivered on behalf of the council by its development partner hub South East, with Morrison Construction as the primary contractor, the same team which successfully delivered the award-winning West Calder High School.

“We’re proud to continue our successful partnership with West Lothian Council, and to be entrusted with its latest significant investment in education.”

“We look forward to delivering this new secondary school alongside other schools in Winchburgh, realising a range of community benefits and ensuring social value for the local community during construction.”

Eddie Robertson, managing director for Morrison Construction Building Central, added: “We have been anticipating the start of this fantastic project for some time during the coronavirus pandemic and so we are delighted to be able to commence works.

“This new school will make such a difference to the community and it is very rewarding to be part of the team creating a facility to be proud of for local children.”

The new schools are required as part of a £1 billion masterplan for Winchburgh which will deliver new greenspaces including the 78-acre Auldcathie District Park, a new canal marina, improved transport links, including a new railway station, and at least 3,800 new homes.

Over 5,000 new jobs are expected to be generated by the completion of the overall Winchburgh masterplan.

The schools project is partly funded with the support of a unique tri-partite agreement between West Lothian Council, the Scottish Government and Winchburgh Developments Ltd, a joint venture between West Coast Capital and CALA Homes.