Inveruie-based agriculture cooperative ANM Group is expanding the Thainstone Business Park with the support of a £5 million funding package from Royal Bank of Scotland.

One of the largest producer-owned farming, food and finance business in Scotland, ANM Group was established in 1872 and has more than 4,500 members and 20,000 customers, operating in a number of businesses within agriculture, commercial, industrial and property sectors. 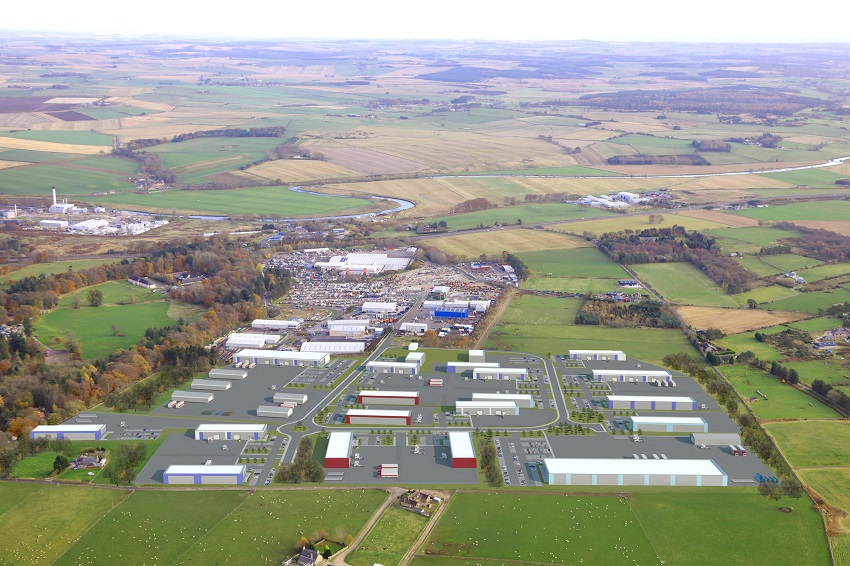 The business currently employs 200 members of staff, with many more jobs set to be created within the new business park. The company has also pledged to use local suppliers throughout the construction process, with Nicol of Skene as the main contractor.

Grant Rogerson, chief executive at ANM Group, said: “We are pleased to see our plans finally take shape, as Thainstone is strategically important not only for ANM, but also the local area and the North East region as a whole. The development will create additional jobs and will bring significant economic growth to the local economy, now and into the future.”

Barry Fraser, relationship director at Royal Bank of Scotland, said: “ANM Group’s development plans at Thainstone are a prime example of a resurgence in confidence in the North East Business sector. The new development will add to the promising outlook for  Aberdeenshire’s economic growth and community empowerment through the provision of jobs.”