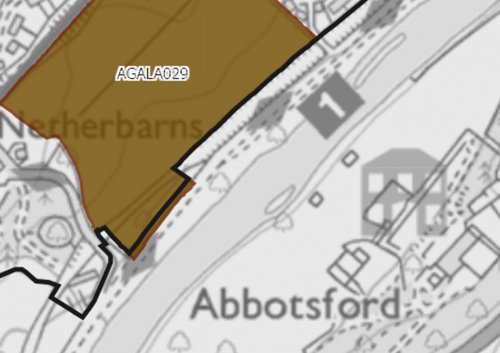 A proposed housing development on the banks of the River Tweed threatens views from Sir Walter Scott’s celebrated Borders home, its trustees have warned.

A campaign has been launched to protect Abbotsford, the country house created by the 19th-century novelist, has been launched amid claims the proposals would damage the “unique cultural and historical value” of the attraction near Melrose.

The Abbotsford Trust, which led a £12 million restoration of the property unveiled by the Queen in 2013, has suggested visitors will “gaze across the rippling waters of the Tweed to a new housing estate” if the 45 homes get the go-ahead.

The Trust said it objects to the development of the Netherbarns site because the associated light, sound and visual intrusions will impact adversely on its heritage assets, historic setting and the cultural landscape of the Scottish Borders and Tweed Valley. This, it argued, impact will reduce the enjoyment of visitors to Abbotsford and reduce the economic contribution which Abbotsford makes to the region now and in the future.

In the appeal on its website, Giles Ingram, chief executive of the Abbotsford Trust, said: “Imagine gazing across the rippling waters of the Tweed to a new housing estate. That is what is being proposed and unless you object 45 houses will be built opposite Abbotsford.

“If you are as upset at this possibility as the many people who have contacted us, please object stating how you value the views from Abbotsford year round, and the impact you feel it may have on your enjoyment, on our tourism economy, and on the unique cultural and historical value of Abbotsford.

“If, like us, you feel that planting a thin screen of trees which will take years to mature and would not adequately hide the development please say so – this is a critical part of the proposal.

“Only if large numbers of objections are made will this proposal be overturned – we are depending on you.

“As the eyes of the world fall on Abbotsford for Walter Scott’s 250th anniversary, let’s not let our visitors be greeted by the sounds of diggers across the Tweed.”

Scottish Borders Council said the current proposal for housing at Netherbarns was “materially different” to previous schemes that had been brought forward.

A statement issued by the local authority added: “The most notable difference is that this submission does not include housing in the section of the field closest to Abbotsford.”