Highlands housebuilder Tulloch Homes said it enters 2021 with a full forward workload for the next nine months and the Inverness-based firm’s strongest array of planning consented developments in 20 years. 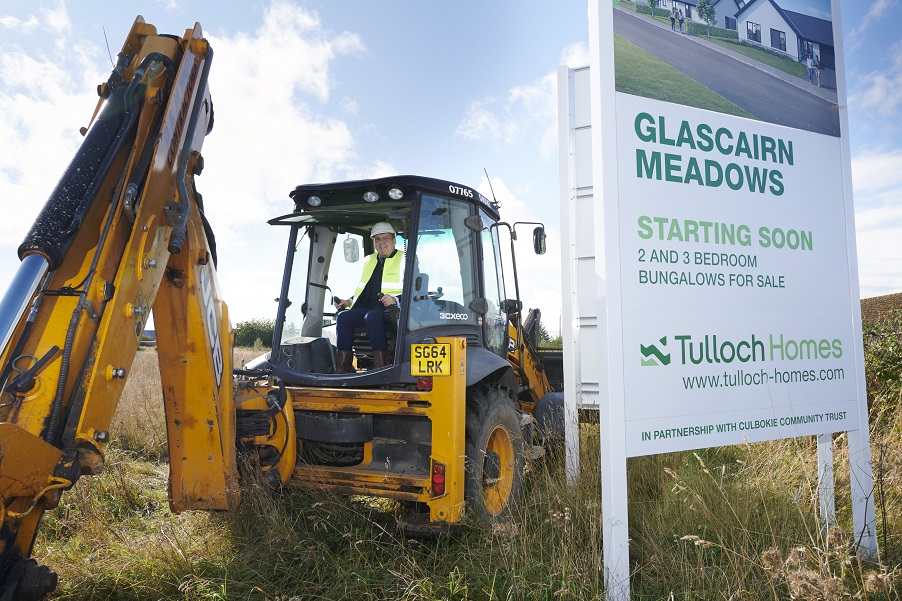 Chief executive George Fraser revealed that Tulloch is rolling out a five-year plan, taking the company to its centenary in 2025, based on developing land which is already in its ownership.

“Despite the shadow of Covid-19, we bounced back extremely strongly in sales in the second half of the year”, he said.

“Now, despite the current lockdown, we’re in the highly fortunate position of having enough work scheduled through to late autumn of 2021, which is excellent news for our 150 employees and 300 sub-contract people.

“We’re the envy of competitors in that over the next five years we’re focusing on land we already own and have planning approval for. These are strategically-located sites which will secure us a strong return on the significant investment of around £250 million we plan to inject into the North of Scotland economy.”

Mr Fraser added: ”These indicators underline that our business – which, through careful management, does not carried any debt – is in a very healthy place going forward.”

This spring Tulloch will begin work on the first phases of 112 homes at Forres, 110 at Aviemore, 94 at Kirkhill, 50 at Newtonmore, 48 at Carrbridge, 42 at Drummondhill (Inverness) and 38 at Culbokie.

Later in the year, a start will commence on 155 homes at Druid Temple, Inverness.

Work is underway on the second phase of a record 800 homes over the next decade at Ness Side, Inverness, plus new phases at other Highland Capital locations at Wester Inshes and Milton of Leys.

With their Ross-shire developments at Muir of Ord and Conon Bridge now built out, Mr Fraser signalled that new land is being sought in the Black Isle area.

“This is the new ‘normal’ and the key to our continued success and retaining employment is that we don’t drop our guard”, said Mr Fraser. “People have done extremely well but we’ve set standards which need to be maintained through the current lockdown and over the next 12 months and beyond.”