For Tim Ferguson, navigating tough economic times comes with the territory of running your own business. Having left his role at an Edinburgh consultancy to set up Ferguson Planning at the tail-end of the last recession he should know. 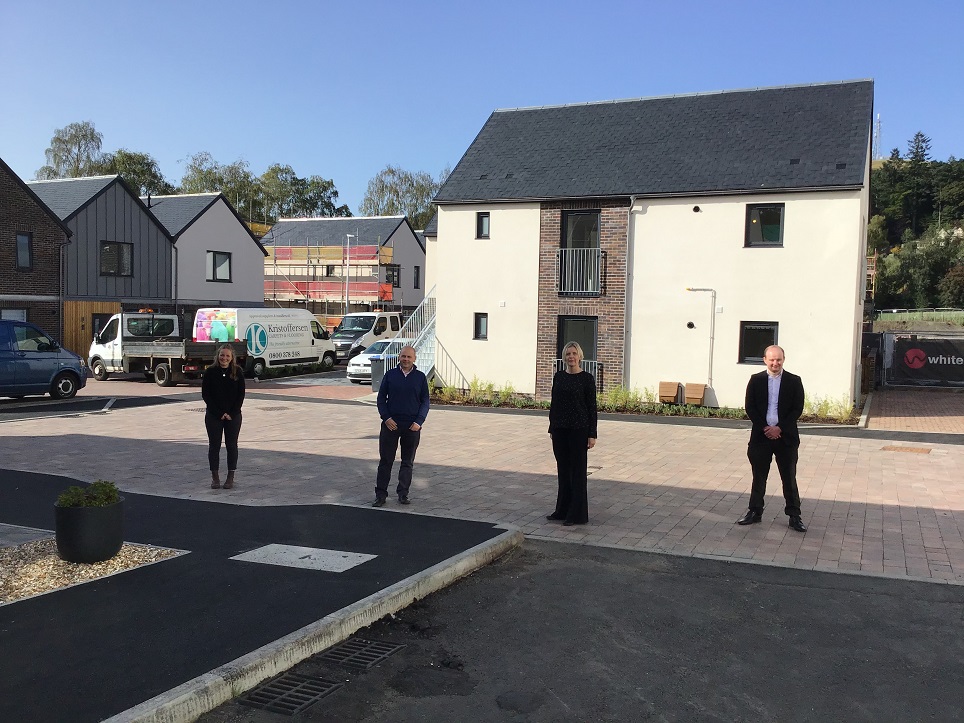 “The business was established in November 2012, which was a risky time,” he says.

“The construction market was very much in the doldrums trying to come out of the back of the recession and the future wasn’t looking bright.”

“I had a number of clients who were loyal to me and luckily they had a couple of projects they wanted me to take on for them. It was risky because I was moving from a steady income every month to setting up my own practice and wanting to provide a client service the way I liked. We pride ourselves on going that extra mile for clients at a cost-effective price and it was great to deliver planning on those projects.”

Those initial projects included two major applications for a proposed 100,000 sq.ft. superstore in Ayr for a London Real Estate company and for a new village at Fordel on the outskirts of Dalkeith. At a more local level and back in the Borders the practice assisted the Scott family obtain permission for a new home and base to train race horses.

“What I’ve tried to build up is a practice working for both small and large clients and making sure that we have that breadth of service from housing and commercial to renewable energy and tourism/leisure developments,” he says.

“What I learned going through the recession is that you can go from feast to famine in a very short time. I wanted to make sure we were set up to give strong client service but ultimately we do small one-offs as well as multi-million-pound planning applications.”

From its base in the Borders, Ferguson Planning typically acts for clients across Scotland, North of England and Northern Ireland. It is being commissioned more and more to undertake major public consultation and planning applications which have led to the recent expansion in the practice.

Ferguson Planning is currently working with CALA Homes on a large masterplan project in South Queensferry that will include around 980 new homes, new commercial centre and a care home. It also achieved planning at the back end of 2019 for a new commercial mixed-use development (Gilmerton Gateway) in Edinburgh for landowners Bernard Hunter.

Away from the central belt, the practice is currently leading the public consultation and planning for a major residential-led masterplan for Wilsons Hampshire Ltd adjacent to Ayr Hospital as well as advising on a number of rural estates across the Borders including the Roxburghe and Buccleuch Estates.

A particular growth sector at the moment is the rural staycation market. The practice has delivered a number of high-end holiday and leisure destinations none more so than new mountain bike trails and holiday lodges at Glentress, Peebles for the Forestry Commission.

That diverse strategy is slowly paying off and, eight years on from launch, Tim remains convinced that taking measured risks in times of uncertainty makes solid business sense. At the start of the year he brought on planner Ruaraidh Thompson from Winchester-based consultancy Pro Vision and this month hired senior planner Lucy Moroney from Iceni Projects (London).

“We’re just as busy as we were pre-lockdown and we have our fingers crossed that will continue” Tim explains. “Construction clients have made investments and they need to continue to work through those plans. It is vital that we remain positive and keep moving forward. Many of those I have spoken to say the same thing and that it is business as usual but on an e-platform for now.

“I think is vitally important we be cautiously optimistic and take things in a carefully considered way. The construction industry appears to have navigated the ongoing situation well up to now but there is a long road still to travel. I realised from the last recession that there is no point looking back or standing still we need to keep moving forward.”

In terms of positivity, in the long term Tim, who runs the firm alongside his wife Toni-Jane, would like to expand the business further, with possible office launches in Edinburgh and Belfast - on his wish list for the future.

“We want to continue to grow, but grow sensibly,” he says. “Post CV-19 I’d like to set up an office in Edinburgh. To serve our larger scaled clients and projects in Scotland, having boots on the ground and having an office in central Edinburgh would be the plan when the time is right.

“Growing our South of Scotland and North of England reach is another strand coming off that core base and which we can service well from the Borders. We are currently enjoying working on a large Hotel and Spa complex in Portstewart up on the North Coast of Northern Ireland where I was born and hope to build on that.

“We need to be as close to the client base as we possibly can. It’s very important for us to be able to expand and contract organically rather than trying to run before we can walk. We want to take these things in stages and with Ruaraidh and Lucy joining us together with a loyal client base we hope we can move in that general direction.”